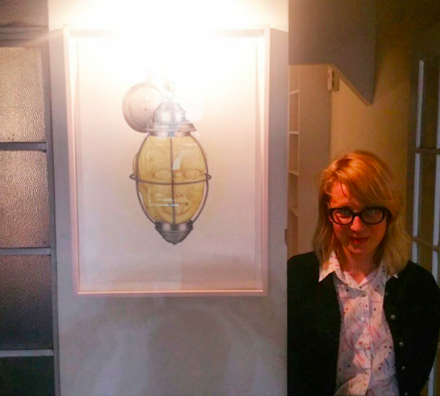 Aurel Schmidt with a work from New Gods, via Art Observed

Recently, artist Aurel Schmidt launched another entry in her series of unexpected pop-up shows, bringing her uniquely visceral, surrealist drawings to an uninhabited apartment on St. Marks Place downtown.  It was a rough and ready affair, with works installed across the hauntingly empty rooms of the walk-up (one work was mounted near the kitchen sink, while another sat above the laundry machine), and a number of the artist’s friends on hand, making it feel more like a casual gathering than a gallery show.  In one room, guests were treated to an impromptu concert by Devonté Hynes (a.k.a. Blood Orange), while Schmidt welcomed guests and showed them around the space. 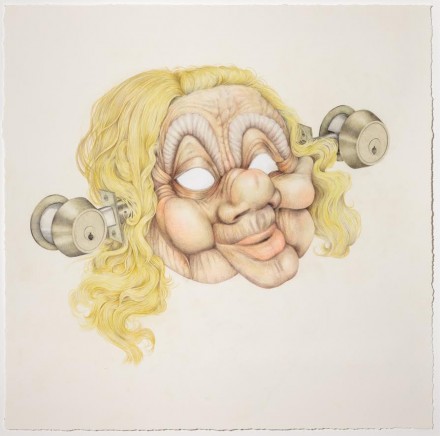 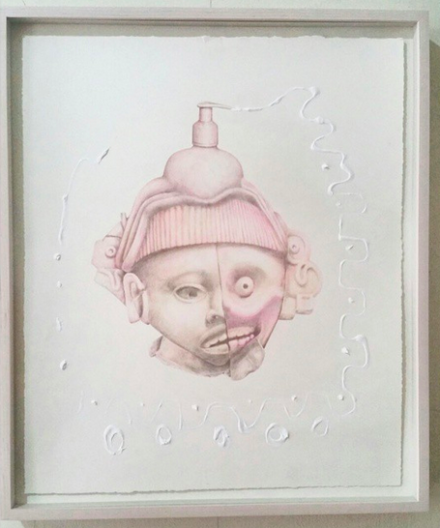 As for the show itself, the works felt strangely at home within the context of a tony East Village apartment, playing on the imagery of gentrification, wealth and the human spirit.  In one work, a reclining Buddha statue slips free from the withered face of an elderly woman, while in a stripped-bare bedroom, a smiling hippie’s face tops a tower of similarly wrinkled visages, balanced atop several pairs of Chuck Taylors.  “I was thinking about things like neo-colonialism, cultural and spiritual capitalism and alienation,” Schmidt told Art Observed. “but in a dark slithering way; the dark past smelling faintly of Tom Ford Eau de Wood seeping up through the bamboo laminate flooring.” 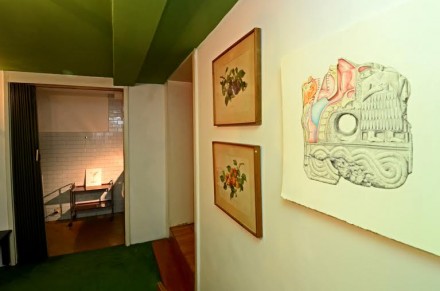 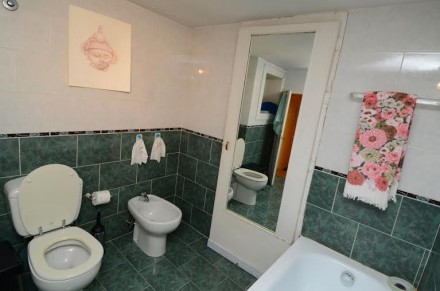 Schmidt’s work in the exhibition makes much of the spiritual, balancing degraded sketches of humanity against deep spiritual iconography.  This sense of ominous spirituality, translated through a pop cultural filter (“Oprah as Mephistopheles” she winks), pervaded the show, and underlined the apartment’s state as a fluid space.  Loaned to the artist by a friend, it’s situated at a site where several waves of gentrification and real estate battles have fundamentally changed the neighborhood, several times over.  “It would be nice if there was a clear story on gentrification here but there really isn’t,” Schmidt says.  “My show isn’t really ushering out any artist generation (who ushered out the Ukrainian people before them) or ushering in any condos, its all already beyond that.  It was a beautiful and interesting space so with a ‘don’t-look-a-gift-horse-in-the-mouth’ impulse, I went for it.” 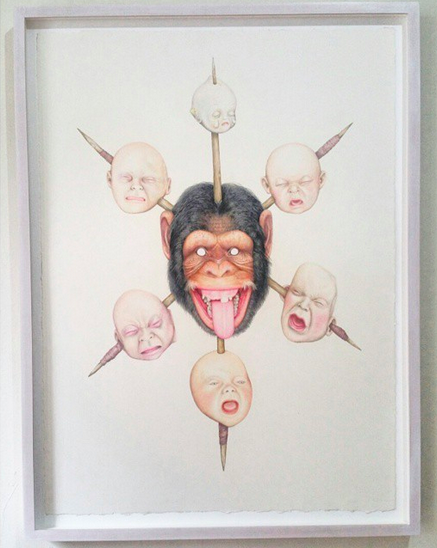 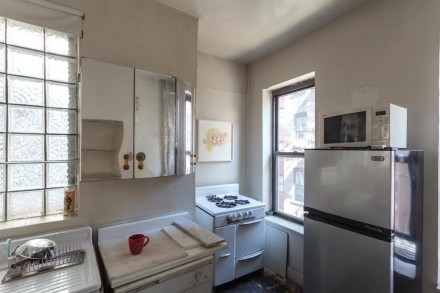 It’s maybe more effective to consider this intersection of cultural touchstones as the backdrop for Schmidt’s work, a blending of the liposuctioned 1% played against the neighborhood’s creatively resonant past, and its even more distant working-class moorings.

During the 2015 Venice Biennale, Schmidt trotted the show out again in Venice, pitting her personal touch against the buzzing week of openings, public projects and parties that mark the first days of the Biennale.  The exhibition, which opened May 4th, was spread out across a rented apartment in the Rialto, continuing her interest in temporary spaces and momentary transformations of space.  Changing the nature of the work context offered an interested contrast to Schmidt’s previous St. Mark’s locales, but nevertheless offered an interesting perspective on the shifting nature of Venice, and its own slow flux and decay in the current era, particularly when considering the masses of oft-derided “biennale tourists” that flock to the city, alongside the cruise ship passengers that flood the city both metaphorically and literally (the massive ships cause water damage as sea levels rise in the island city).  Schmidt’s work here seems like a work of necessity, one which takes its opportunities where it can, and turns them into strong examinations of the space her works are hung.
Schmidt will continue her practice in temporary exhibitions in the coming months, with more shows planned. 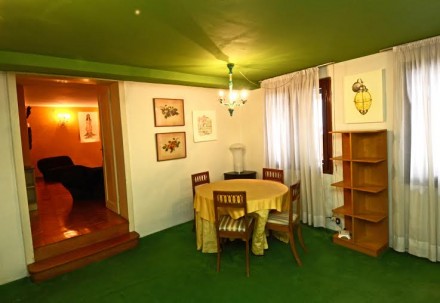 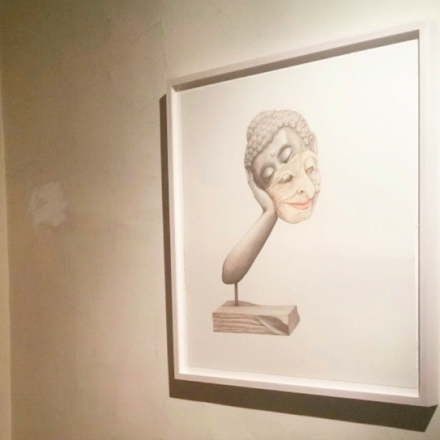 This entry was posted on Friday, May 29th, 2015 at 9:15 am and is filed under Art News, Featured Post, Interview, Show. You can follow any responses to this entry through the RSS 2.0 feed. You can leave a response, or trackback from your own site.