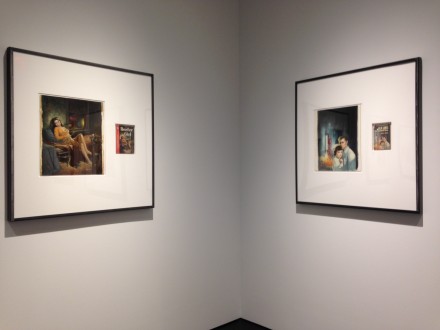 Richard Prince’s Original series is currently the subject of a new exhibition at Gagosian Gallery, nestled at the gallery’s Upper East Side bookstore showroom, and using Prince’s ‘arrangements’ of soft-core adult novels with artworks created for their covers, showing the next step in the artist’s fascination with collecting, ownership and presentation.  An ardent, perhaps even obsessive collector himself, Prince often mines and unfolds worn and sometimes clandestine images, not only from vintage pulps, which serve for the selection here, but also from copies of influential literary pieces, a pattern the artist has studied throughout his career of media appropriations.  A devoted member of a group of artists who started experimenting with appropriation in the ‘70’s, Prince usually employs minimal alteration to his subject matter; rearranging, editing and sometimes even rephotographing what already exists. 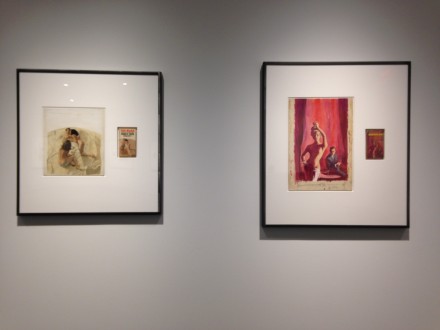 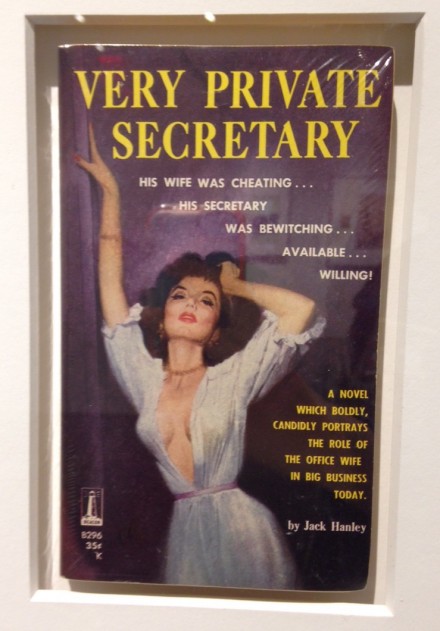 Every overtly expressive illustration is supplemented with a detailed narrative synopsis, promoting the premise of said book.  Often misogynistic and misconstruing, these descriptions, in Prince’s compositions, reposition the works as sources of ridicule. Paired with their larger-size, reinterpreted versions, among which are those signed by their artists; these fictions of banality align with Prince’s oeuvre in general.  Blurring given borders between authorship and ownership, Prince, coming to this show, has articulated a dynamics of authenticity which lampoons the value of originality versus common, shared expression and experience.  Blanketed with his own manifesto, the visuals from mass media sources evolve into declarations on embedded dynamics in society, and in Prince’s own internal politics. 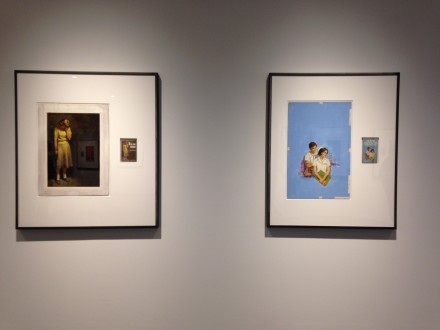 In this arrangement, Prince manages to return the books he has used to a commercial ground somewhat close to its initial role as retail object.  Gradually removing the mark of the artist’s own hand from his appropriated compositions, the works here offer collectors a pathway back towards collecting the original object, a collector’s item in its own right, abstracted again away from Prince’s own conceptual operations.

Richard Prince: Original is on view at Gagosian Gallery through June 20, 2015.

This entry was posted on Saturday, June 20th, 2015 at 3:59 pm and is filed under Art News, Featured Post, Show. You can follow any responses to this entry through the RSS 2.0 feed. You can leave a response, or trackback from your own site.