London- Barbara Hepworth “Sculpture for a Modern World” at Tate Modern through October 25, 2015 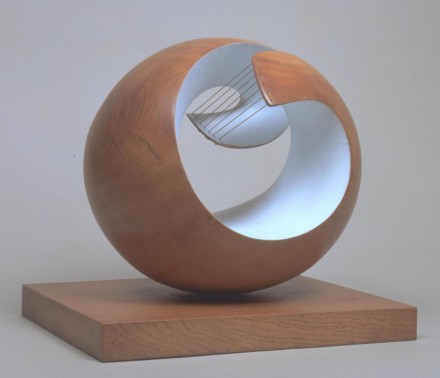 Now through October 25th, the Tate Modern in London is hosting an exhibition of Barbara Hepworth’s sculptural work. The Yorkshire-born artist is known for her elegant abstract forms, and is considered among the most important British modernist sculptors of her time.  Hepworth has continued to produce consistently throughout her lifetime, creating a wide array of structures and employing a variety of materials evocative of natural landscapes and relationships, two of her main points of inquiry. 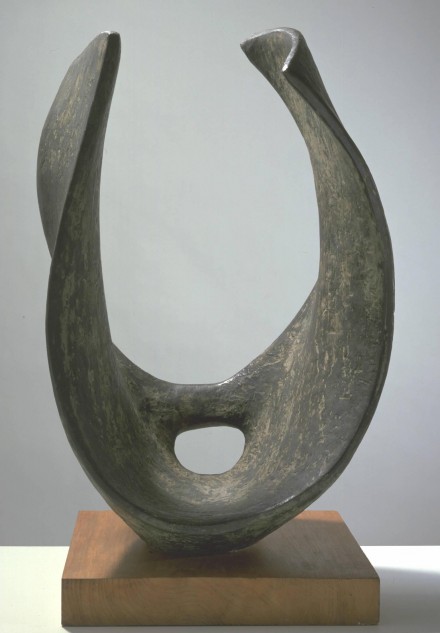 The historically-focused exhibition traces Hepworth’s development, from a young hopeful, experimenting with fluid, curving forms, to the large-scale abstract pieces that would ultimately define her career.  Some of the most impressive are those constructed in the 1950’s, carved from huge blocks of Nigerian guarea wood, and named after sites Hepworth had recently visited in Greece.  The landscapes of Britain, however, were her primary muse, and the works she produced in dialogue with the sea, the open air, and the wilderness possess the presence of something vividly organic.  Her series dedicated to relationship between mother and child, similarly, epitomize the talent Hepworth had for capturing abstract relationships and translating it into a more concrete form. 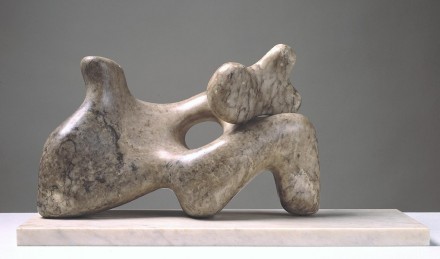 In addition to her acute sensitivity to the landscape and wilderness of her country, Hepworth’s legacy reveals an emphasis placed on the interaction between individuals, and a fascination for relationships in general.  Hepworth encouraged tactile interaction with her work and much of her sculpture reflects this investment in the interaction between individuals and material. For this reason, the glass enclosures in which Hepworth’s work is exhibited in the Tate gallery have inspired a fair amount of backlash from critics who claim this curatorial decision severely diminishes the expansive and open nature of her structures. 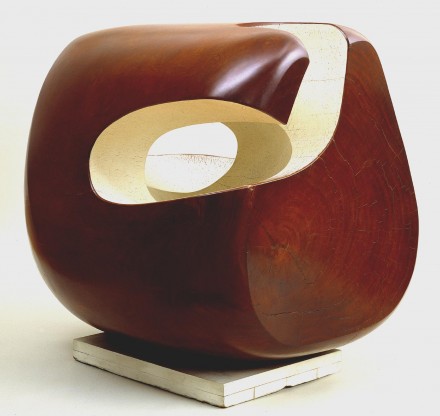 One of the main objectives of this exhibition seems to be a repositioning of Hepworth amongst the works and influences of some of her contemporaries. As such, the work of The Tate contextualizes the scope of Hepworth’s work by presenting her influences and contemporaries alongside her work on view, including photographs, collages, textiles, and film footage of her work that have rarely been seen before, not to mention works by her peers and predecessors Jacob Epstein and Henry Moore. 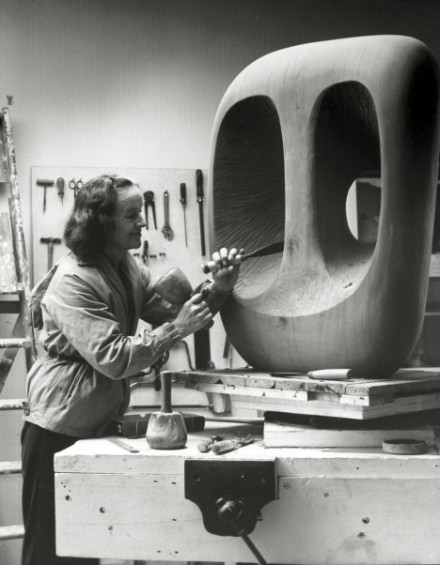 Barbara Hepworth in the Palais studio in 1963 with unfinished wood carving Hollow Form with White Interior. Photograph by Val Wilme

Despite criticism of the dispersed or diminished effect resulting from the organization and execution of this exhibit, the visual and aesthetic appeal of Hepworth’s sculptures is undeniable. Scooped, smoothed wooden structures that resemble whimsical instruments, pairs of geometric shapes in conversation and a mastery of material and form reveal a clear fascination by the artist in her medium, and the materials in which she worked.

This entry was posted on Thursday, July 30th, 2015 at 12:00 am and is filed under Art News, Featured Post, Show. You can follow any responses to this entry through the RSS 2.0 feed. You can leave a response, or trackback from your own site.