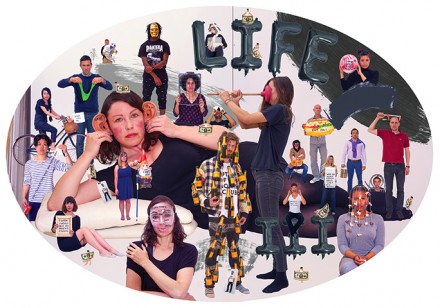 Compiling a body of work from the past several years of the artist’s practice, Michael Benevento  in Los Angeles is offering a broad look at the recent practice of Olaf Breuning, exploring the artist’s interest in vastly differing modes of production, and the thematic interests that unify his work. 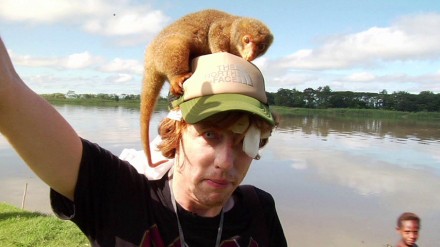 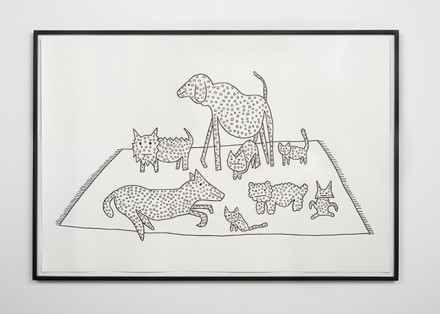 Olaf Breuning, A Lot of Animals Are Looking Good on a Carpet (2015), via Michael Benevento

The exhibition is anchored by selections from the artist’s ongoing Life series, massive aluminum panels emblazoned with free-associative prints colliding people, food, balloons, texts and iconography that would feel quite at home in any stock image catalog.  Allowing the often laconic gaze of his models to collide with their vividly high-definition photographic reproductions, Breuning seems fascinated with life as a production of its own, a challenge to the gap between the vibrant life his models must live off camera (or even hint at on camera with their cartoonish props and occasionally bizarre poses). 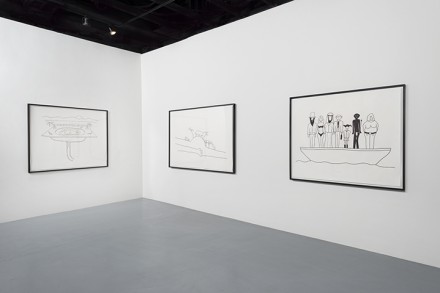 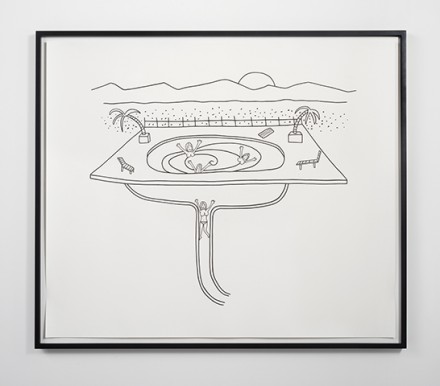 Adjacent to these works are a series of ink drawings on paper, notably more withdrawn in their execution and scale, but also far more animated (pun not intended) in terms of their subject matter and action.  A Lot Of Animals Are Looking Good On A Carpet, for instance, is so subdued in its treatment of his whimsical subjects that the viewer may find themselves moved to sudden spurts of laughter, while in another, Hollywood Girls, the artist shows a series of bikini-clad figures sucked down a massive drainpipe at the bottom of a desert-side swimming pool.  Countering the dead-eyed gaze and slouching poses of his prints, the drawings on view seem to offer a second-side to Breuning’s recent practice.  Where the Life series documents a subtle inflection of the surreal on the human body, the nearby drawings seem to work in reverse, charging animated works with an abundance of living energy and movement. 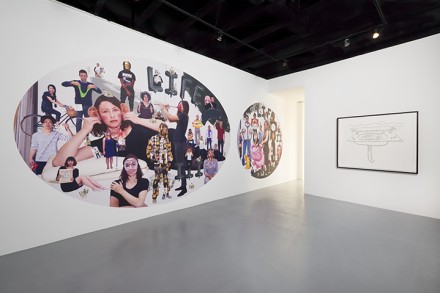 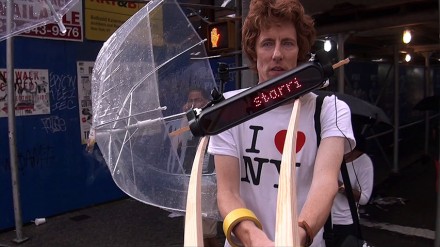 Accompanying these works is the artist’s Home trilogy, completed in 2012, and shown here in its complete hour and a half runtime.  Suspending the sole character somewhere between the poles of the other two series on view, Home seems to explore a weirdly surreal experience of modern life, sending actor Brian Kerstetter’s icily blue-eyed character on a journey around the world, encountering the conditions of modernity and the people living it out day by day.  Using the character as a momentary inversion of the artist’s own person, Home seems a key of sorts to the exhibition, a study of the artist’s experience in the world, and his efforts to turn his experiences towards a new direction.

The exhibition is on view through July 30th. 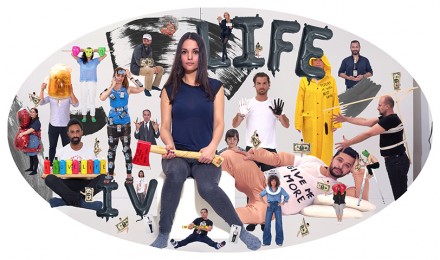 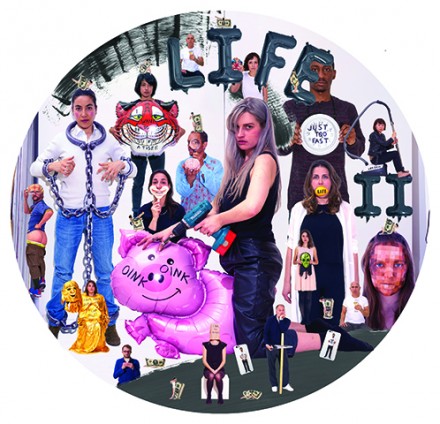 This entry was posted on Wednesday, July 29th, 2015 at 12:00 am and is filed under Art News, Featured Post, Show. You can follow any responses to this entry through the RSS 2.0 feed. You can leave a response, or trackback from your own site.