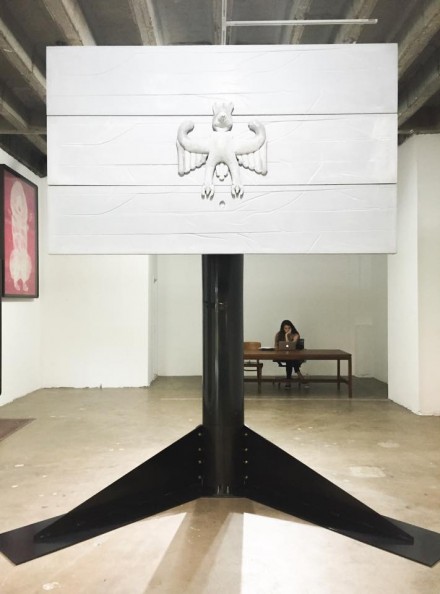 Andra Ursuta has never shied away from a challenging, multifaceted study of global culture, executing monumentally-scaled works that are often just as imposing in their materiality and contextual weight as they are in size alone.  For the artist’s most recent exhibition at Ramiken Crucible, she turns her attention once again to these juxtapositions of commercial and cultural might through the imposing forms of industrial, cultural, athletic and financial prowess. 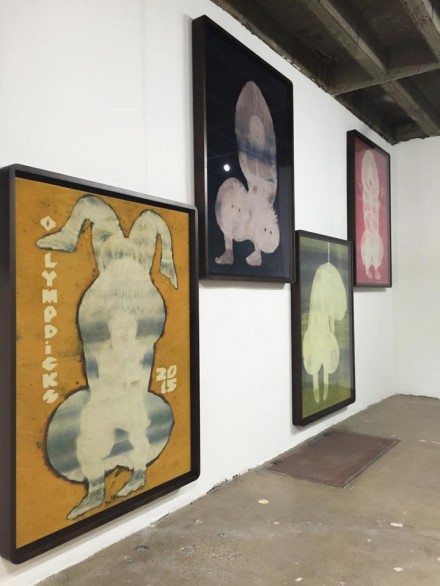 The exhibition is spread across two spaces, one the gallery’s normal location at 389 Grand Street, and another several blocks over in an East Village Basement, allowing a distributed exploration of cultural forms that cover swaths of the contemporary consciousness with an impressive economy. 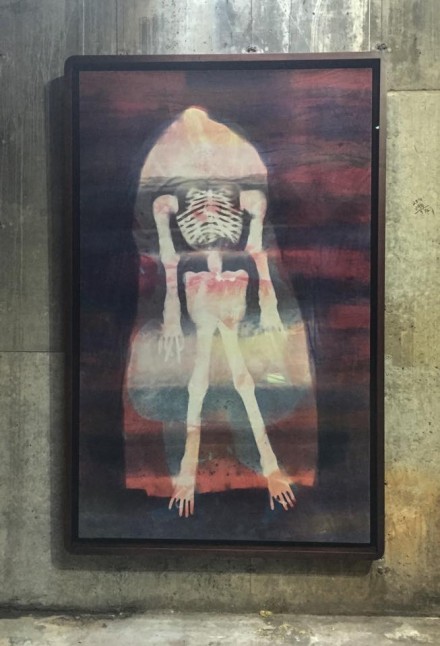 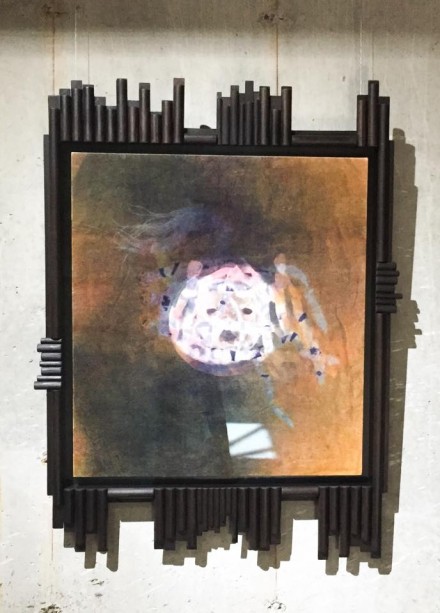 The cultural signifiers of Ursuta’s show are manifold, crammed into tightly organized clusters that take on an internationally-spanning lens.  The title alone Ο Νότος θα εγερθεί ξανα (translated from the Greek as The South will Rise Again) tips its hat to both the racial violence of the United States and the current financial crises raking through Greece and the EU at large.  Each in turn seems to circle back on the inherent modes of systemic violence plaguing late capitalism, both domestically and internationally, as if these events could be considered sides of the same coin. 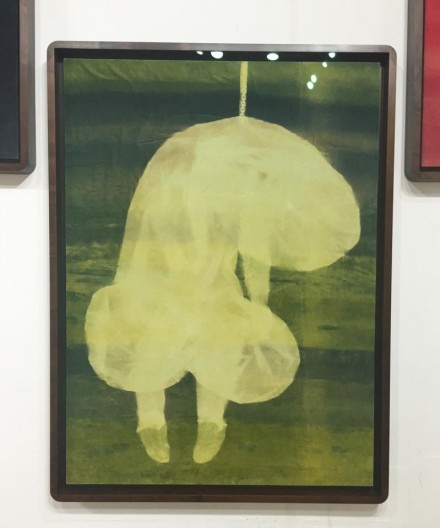 Similarly, her massive, nondescript but clearly sport-influenced iconography in the main gallery space ties itself back to both the World Cup (the women’s championship recently concluded with a U.S. victory, while Germany took home the men’s championship last year), German industrial might, and its interrelations with financial and cultural might.  A monument as much to the Central European nation’s athletic prowess as its investment and banking clout, the cast cement flag with the nation’s mascot, Fritz, at the center seems equally comical and imposing in its final form, underscoring the sinister undertones of aggression and blind allegiance that one can read into national sports competition.  Ursuta’s Olympdicks series examines these same notions from the losing side, showing vacant costumes of male genitalia competing in various gymnastic events, and colored in the tones of the Olympic flag. The implications towards loss of potency and failure in losing offers a fitting counterpoint in Ursuta’s critique. 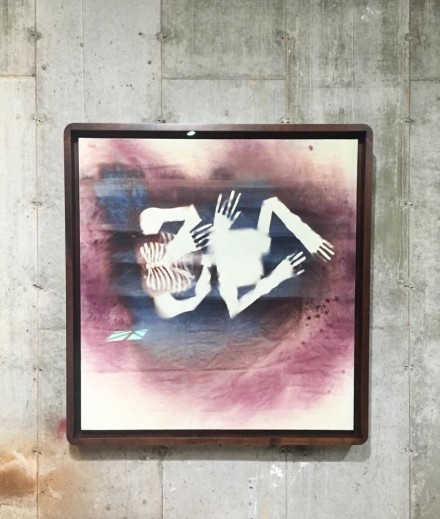 At the other exhibition space, Ursuta presents another series of works, made from blacklight-burned velvet, creating the sense of a subterranean New York dance club.  The mention of S&M culture, nightclubs and other notions of sexual potency, as well as the geographic secrecy of this second show is notable given the subject matter, emphasizing a sexual energy buried to those unaware of finding the proper channels to access them.  For the rest, Ursuta seems to imply, the bold-faced iconography of sports and pageantry offers the only chance at release. 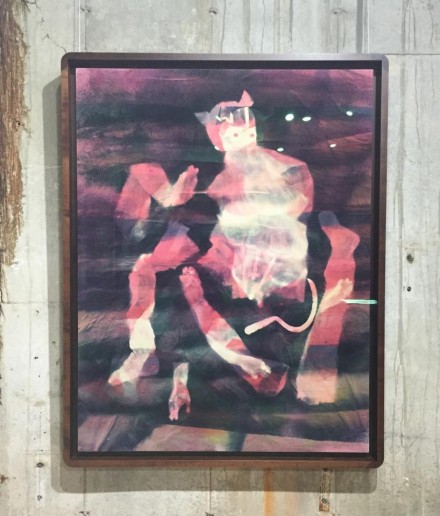 This entry was posted on Saturday, July 11th, 2015 at 1:25 pm and is filed under Art News, Featured Post, Show. You can follow any responses to this entry through the RSS 2.0 feed. You can leave a response, or trackback from your own site.