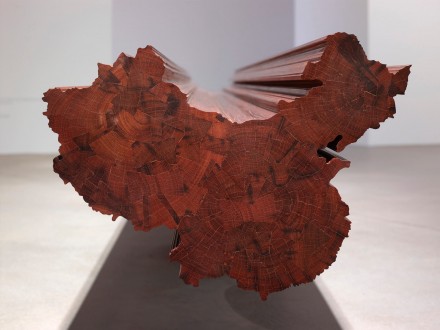 Chinese artist Ai Weiwei is currently presenting an exhibition of collected works that span the artist’s long career, encountering and documenting the artist’s countless conflicts, arrests and vocal critiques of the Chinese regime.  As a social activist, the artist’s work reflects the history and challenges of China in the 21st Century, placed alongside his own reflection and perception of his home country.  His work is intended to act as a form of intervention, and to encourage social change within the contemporary art sphere, while reflecting on China as the product of its vastly deep historical reserves.  This practice, and its history against the backdrop of contemporary China is illustrated in detail at Farschou Foundation this year, as the institution presents Ai Weiwei: Ruptures. 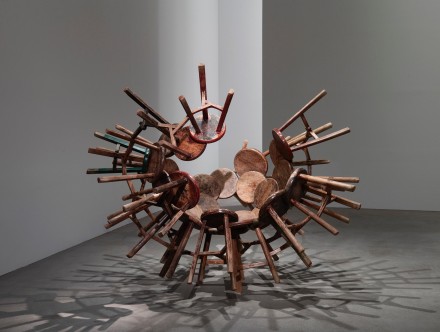 Ai’s extensive history illustrates his role as activist in his present artistic practice as well.  In the 1960’s and 70’s, he was a central figure in a dynamic avant-garde movement in China, using beliefs in exchanged experiences, as a means of working collaboratively on projects while engaging in fruitful political debates.

Using traditional Chinese signifiers, as well as more traditionally orthodox art materials, Ai’s work seeks to inform and challenge his audience with repetition and historical form, played off against his own perspective of certain historical moments in China.  Many of his works use materials which were founded in ancient Chinese dynasties (iron from old houses and temples, reclaimed pottery, etc.).  These manipulated materials push the boundaries and conflicts of Chinese history, explicitly in relation to the artist’s own politics.  While his work is not overtly Chinese, his international practice makes use of metaphoric references, humor, puns, and political irony, often redefining the significance of traditional artifacts into something new – from traditional antiques into contemporary art, moving their implications from conventional to transgression. 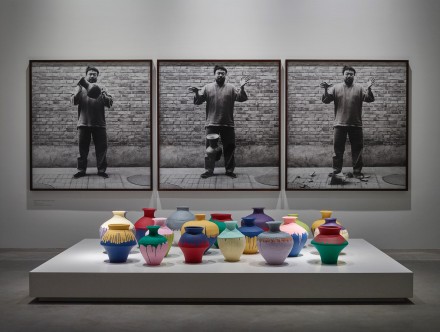 Also presented among the works on view is Sunflower Seeds, consisting of millions of hand-made porcelain sunflower seeds, a smaller version of his major site-specific installation at Tate Modern in 2010.  Manipulating notions of mass production in relation to this delicate commodity, the artist combines the traditional art of porcelain work with the daunting contrast of scale between each seed and the mass itself. 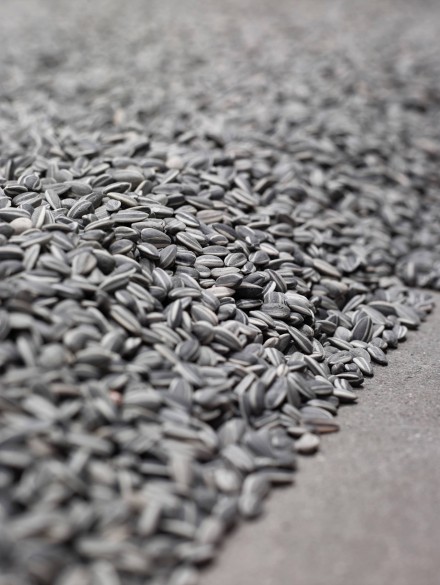 This entry was posted on Saturday, August 1st, 2015 at 12:00 am and is filed under AO On Site, Art News, Go See, Show. You can follow any responses to this entry through the RSS 2.0 feed. You can leave a response, or trackback from your own site.