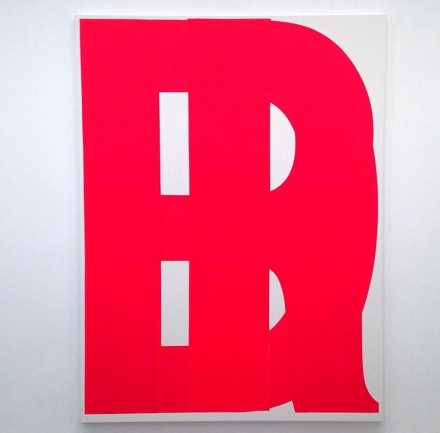 David Kordansky Gallery is currently presenting Flat World a group show organized by Karma New York, an exhibition of familiar objects rendered in conceptually minimal fashions, cohesively utilizing form as content while transforming formal aesthetic style into subject and material.  Flat World includes works by Richard Artschwager, Tauba Auerbach, Will Boone, Jeff Elrod, Robert Grosvenor, Peter Halley, Lee Lozano, John Mason, and Charlotte Posenensko. Combining the work of artists both young and old, the exhibition spans the years of the 1960’s  through the 1980’s and on to the early 2010’s. 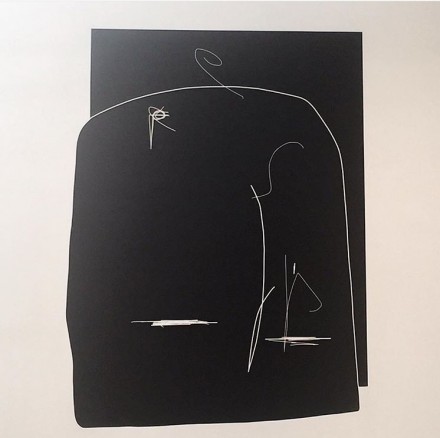 Flat World demonstrates flatness to be an aesthetic  form within an arc of historical development and contemporary relevance, all while leaving space for a certain degree of playfulness.  Despite its limited range of perspectives, its compressed form can address space, depth, and objectivity with only a moment’s sight.  Presenting a certain emptiness that yields infinite perceptions. Similar to the underlying concepts of abstract expressionism, flatness gives the mind a freedom to create on its own. 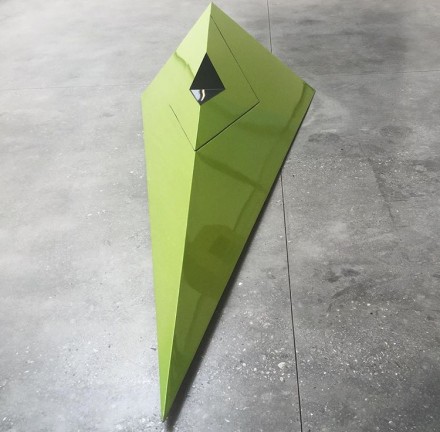 The stagnant Robert Grosvenor abstract sculpture 3 Wheeled Car, for example, formally conveys a sense of motion with sleek angled walls that seemingly cut the air with its implied high speeds. Originally designed as a fully functional car, this “vehicle” possesses clean and sleek planes, surrounding a geometric window that reveals a nestled car seat. Achieving both visual and tactile communication, Grosvenor’s work carries a physical understanding of flat surfaces, allowing the modern viewer to approach it with a certain degree of physical comprehension. The strong contours of 3 Wheeled Car speak to that modern relationship and provoke a desire to touch and sit in its unrealistically small quarters. 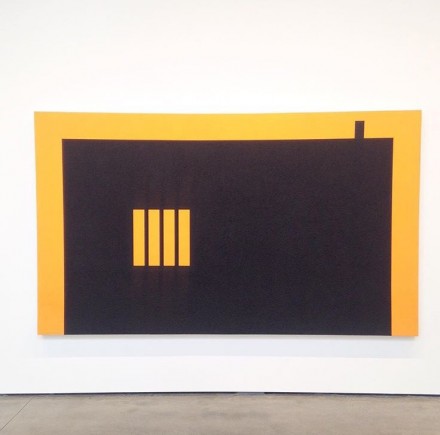 In hypnotic day-glow orange, Peter Halley’s painting Rectangular Prison with Smokestack explores a broad, dynamic range of flatness. Halley’s minimal, sharp composition depicts a building with a window created by a set of flat, repeating rectangular boxes, while transforming its negative spaces into prison bars. Halley addresses perspective with the addition of a small smokestack. The two elements are in different space and size relationships, automatically separating foreground and background. Halley’s minimalist use of negative space encourages viewers to fill its void with the use of imagination, viewers are free to render the remaining building features inside the limitless potentials of black space. 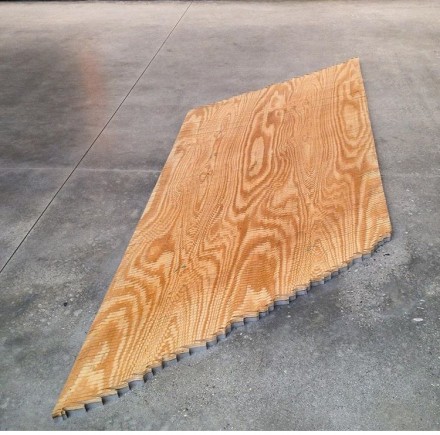 Translated in multiple iterations, flatness exists as a free-form subject appearing throughout the exhibition in line, space, color and design. Up until August 15th Flat World is a group shows that opens room for future discoveries by generating an aesthetic awareness of form, and minimalism.

This entry was posted on Monday, August 10th, 2015 at 12:00 am and is filed under Art News, Featured Post, Show. You can follow any responses to this entry through the RSS 2.0 feed. You can leave a response, or trackback from your own site.