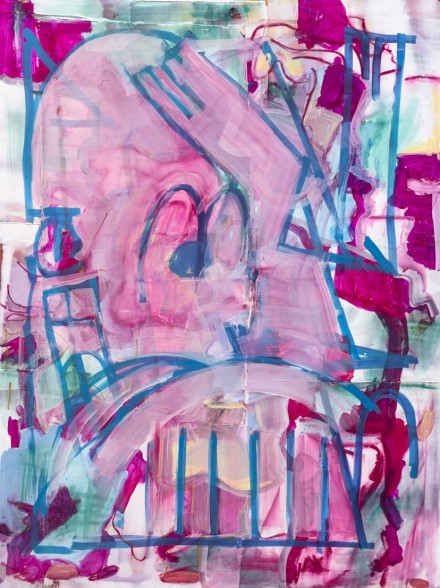 Sofia Leiby, An excuse is a polite rejection (after JW) (2014), via Anonymous Gallery

There’s a telling line in the press release for The Negative Hand, a presentation of new works at Mexico City’s Anonymous Gallery, reflecting on the cave paintings as Lascaux: “by defining themselves, artists often define the systems around them as well, and inversely, by defining the systems around them, artist begin to define themselves.”  It’s an open-ended prompt, but one that feels particularly resonant in 2015: embracing the aesthetic fusions and detritus of modernity as equally worthy of examination and re-creation as any singular subject. 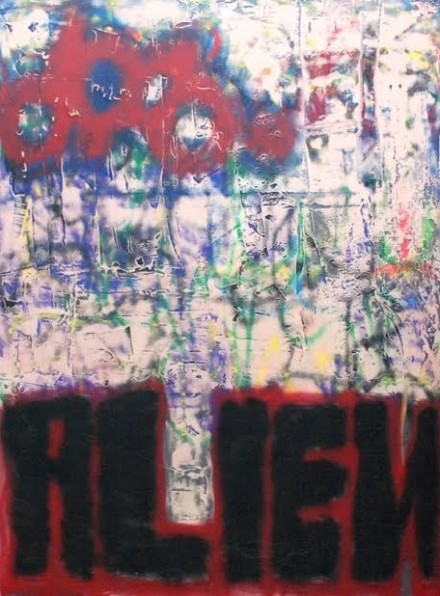 The result of that open-ended focus is a show that sets few limits in terms of the potential for gesture and subject, and moves outwards from that point to examine multi-faceted approaches to painting and drawing that incorporate diverse styles and hybridized techniques.  Taking the gestural mark as an open-ended format and carrier of meaning, the artists on view seem intent on working towards a new possibility for the canvas’s surface, somewhere between open-ended deconstruction, stylistic agglomerations, and colloquial linguistics. 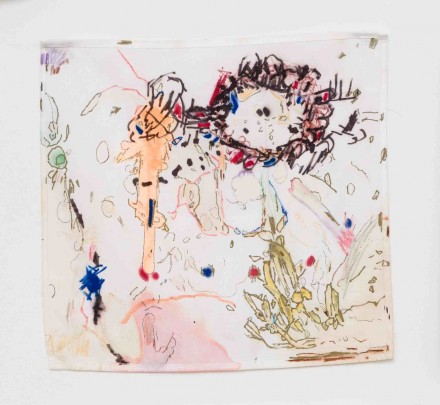 There’s any number of highlights here, from artist Josh Reames’s acrylic compositions that pull from what seem to be cast-off digital collages and cartoonish notebook sketches, to Jennie Jieun Lee’s glazed stoneware, which boasts slurs of paint and colliding textures to great effect.  Elsewhere, artist Andrew Birk’s Alien (Iztapalapa) marks a refined take on the artist’s dense palimpsests, layering brusque text and abstract markings over his stripped surfaces.  The dissonance of surface and motive, language and technique in each work seems to imply a wealth of vantage points, where the free abstraction of the painter’s hand works in tandem with their own embellishments of material and process.  In Sofia Leiby’s work, for example, a flurry of color often serves as the ground for skeletal cubist compositions and loose, flowing chalk pastels, an opposition of stylistic endeavors that feels notably comfortable with its fluid, shifting execution. 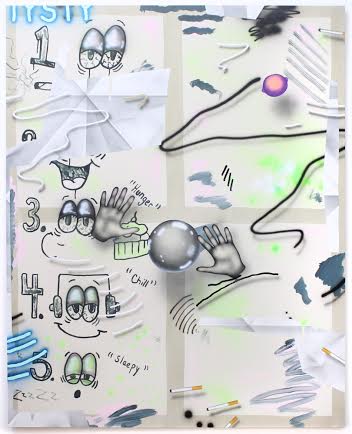 Taken against the backdrop of an era some have deemed painting’s endgame, The Negative Hand feels like something of a new ground zero, a point at which the much bemoaned formalism of recent years folds in on itself and starts moving back outwards from a central point.  Taking the variations of gestural action, cartoonish inflection or technical aberration as a point of departure for their work, the perspectives on view at Anonymous feel decidedly refreshing in the face of a certain 20th century fatalism. 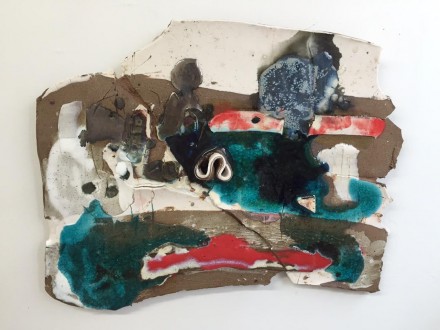 Jenne Jieun Lee,  And the problem with that is? (2015), via Anonymous Gallery 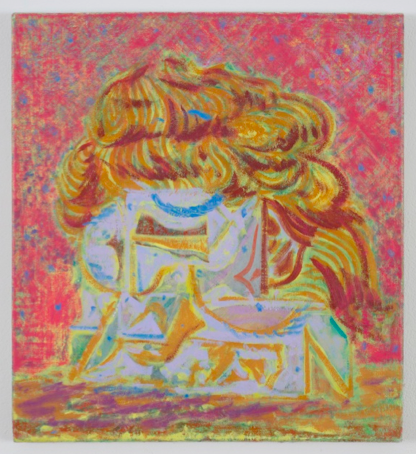 This entry was posted on Monday, August 17th, 2015 at 12:00 am and is filed under Art News, Featured Post, Show. You can follow any responses to this entry through the RSS 2.0 feed. You can leave a response, or trackback from your own site.