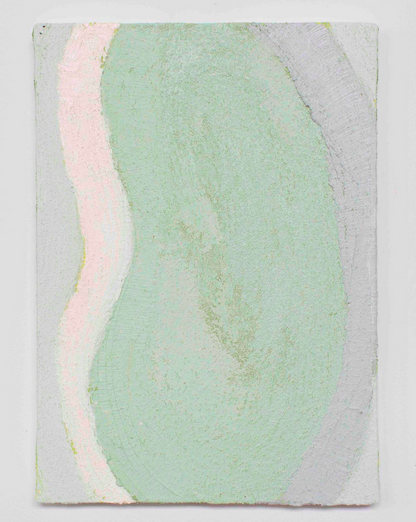 For his first exhibition with Cheim & Read in over 6 years, Jack Pierson has returned to the canvas, bringing a series of bright, pastel-colored compositions that trace the artist’s renewed interest in the painterly surface as an opportunity for encounter, while exploring his own meditative process in realizing, executing and completing his works.  Created during a self-imposed retreat on the island of North Captiva (just off Florida’s Gulf Coast), Pierson seems to have taken a moment away from his often brash, challenging wordplay and sculptural practice to examine the beaming sun and gentle waves of the island getaway. 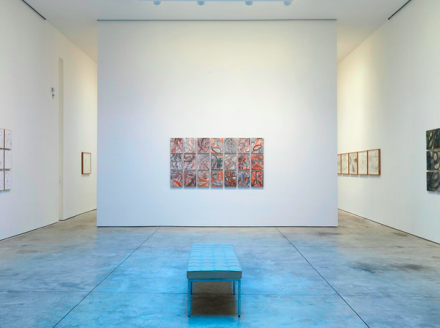 Taking cues from the “automatic drawing” of André Masson, Pierson’s work here unfolds at a rapid pace.  Patches of graphite and watercolor cluster on the canvas, or run in streams across their surface, created in a rapid method that balances a certain abandon for coherence with a careful study in the interaction of color and line.  The pieces often glow with energy, allowing large fields of color to play with perceptions of depth and space. 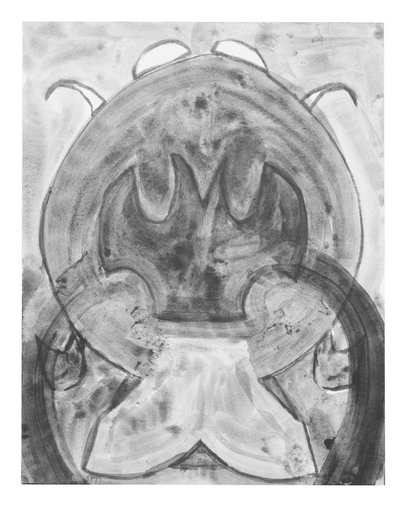 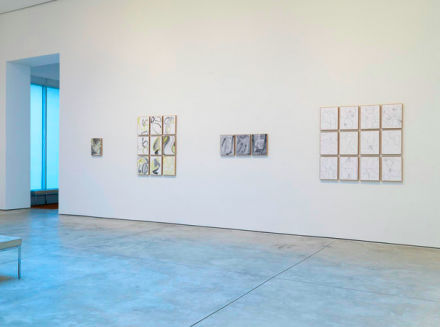 In others, the works are dominated by swift sketches and line work, with only momentary flairs of color that punctuate their quiet movement.  But as much as these works draw from an attempt at avoiding direct cognizance in their realization, the pieces feel as much a rumination on texture and surface.  The rough edges of pieces like Two Places at Once or He Swears feel as if they emerged from an almost obsessive repetition of action across the canvas, repeating gestures and strokes as the lumps of graphite and swirls of paint slowly cluster into large bodies, or run across the surface into blurry pools. 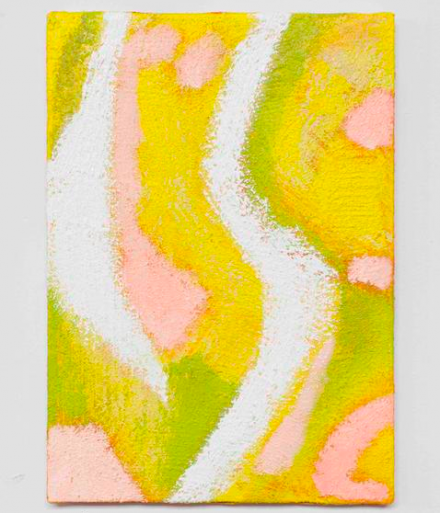 The pieces on view benefit hugely from Pierson’s sense of abandon in their execution, and the vibrancy of Florida’s famously beautiful weather makes itself expressly felt.  There’s a sense, even, of a certain mode of en plein air painting here, allowing the fluid motions of North Captiva to stand in for any express landscape.  Similarly, his driftwood sculptures seem closer to an altar to the material itself than to any figurative or abstract goal.  It’s perhaps this note that makes the exhibition at Cheim & Read so interesting.  Stepping back from a conscious exploration of the landscape around him, Pierson seems to have arrived at a more direct embodiment of the Florida landscape, one that places its colorful hues and balmy atmosphere plainly felt.

onthisisland is on view through August 29th. 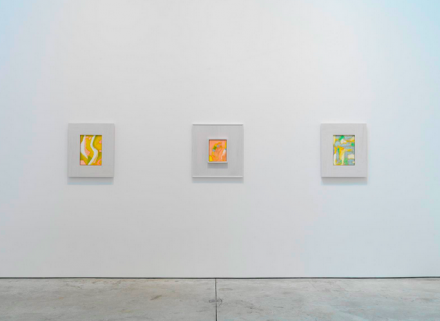 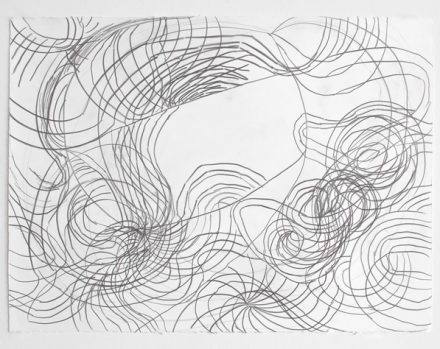 This entry was posted on Monday, August 24th, 2015 at 10:37 am and is filed under Art News, Featured Post, Show. You can follow any responses to this entry through the RSS 2.0 feed. You can leave a response, or trackback from your own site.