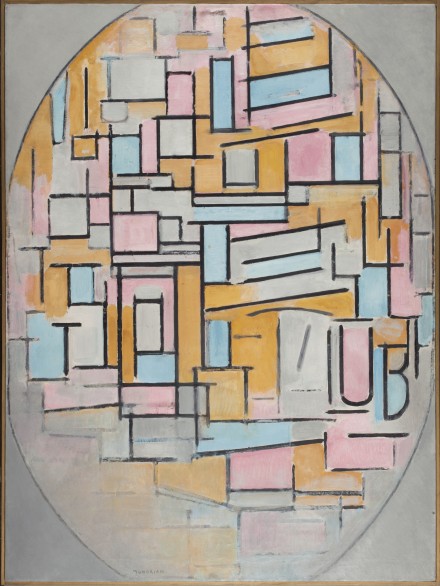 With his famous works focusing on geometric lines and primary colors, Piet Mondrian’s history as an artist is often obscured by his iconic later output.  Yet, the Martin Gropius Bau in Berlin is exhibiting work by Piet Mondrian in an exhibition entitled The Line, taking the artist’s creative evolution and exposition as its starting point.  Initially starting his career painting in the Impressionist style, this exhibition of Mondrian’s work dedicates itself to showcasing the artist’s career and subsequent development of his unique stylistic innovations.  With over 50 drawings and paintings, the journey through Mondrian’s career is exposed through his many lenses and creative phases, and is the first major exhibition of the artist’s work in Berlin since the opening of the Neue Nationalgalerie in 1968. 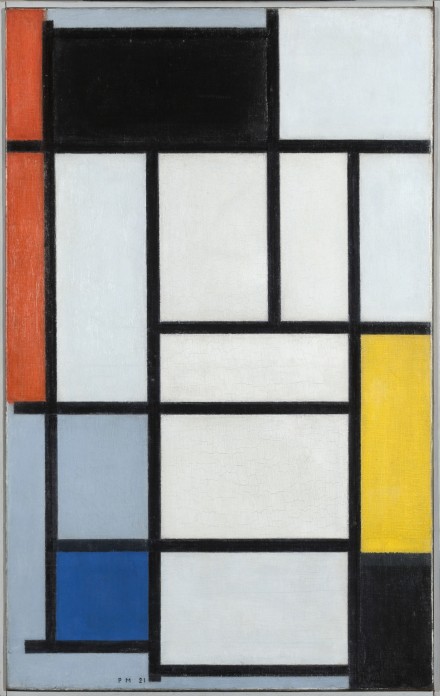 Mondrian was a central figure in the De Stijl movement, also known as the neoplasticist movement, a group of Dutch painters, architects, designers, graphic artists and poets focused on reducing the use of content and materials in order to embody abstraction as a form of expression primarily through form and primary color.  The group would frequently play with positive and negative space, and often manipulated asymmetrical forms.  Mondrian wrote in his essay “Neo-Plasticism in Pictorial Art” that their creative mission is to ignore the physicality of natural form and color and to embrace abstracted form and color, specifically in straight lines and limited colors.  Further examining the reduced forms, Mondrian began to develop this new style, eventually becoming a progenitor of modern abstraction through his gradual simplification of his compositions. 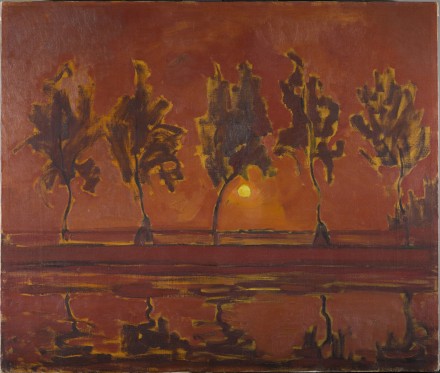 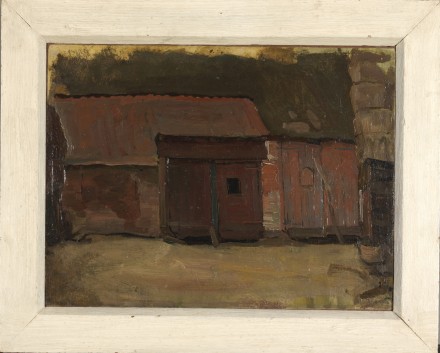 Mondrian’s early work indicates his Impressionist upbringing as taught during his time at The Hague.  He painted his surroundings meticulously, including farm houses, fields, windmills and trees, yet often manipulated the perception of light and space to present new phenomenological effects.  After some time, feeling that there was a lack of intriguing relations between the colors and the forms that he had been practicing, Mondrian moved to Paris and found a new influence in Cubism.  He continued to practice painting settings but through a different lens, gradually transforming the the picture plane into abstracted compositions that placed a renewed focus on line, color and space.  He continued to work on his simplified compositions, furthering the reductive process and maintaining continued focus on the specific areas in which he found most interesting, finally arriving at his trademark style. 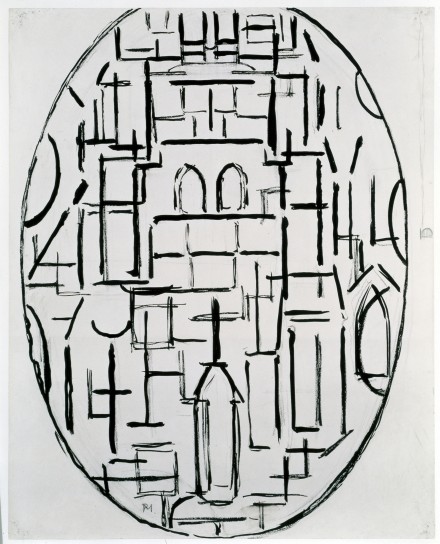 Piet Mondrian’s The Line at the Martin Gropius Bau in Berlin will be on view until December 6th, 2015.

This entry was posted on Saturday, September 26th, 2015 at 12:00 am and is filed under Art News, Events, Galleries, Go See, Show. You can follow any responses to this entry through the RSS 2.0 feed. You can leave a response, or trackback from your own site.