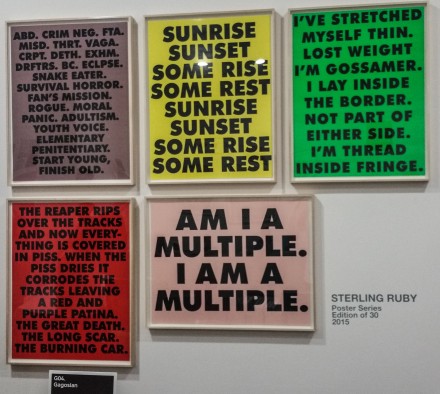 Sterling Ruby at the Gagosian booth, all photos via Art Observed 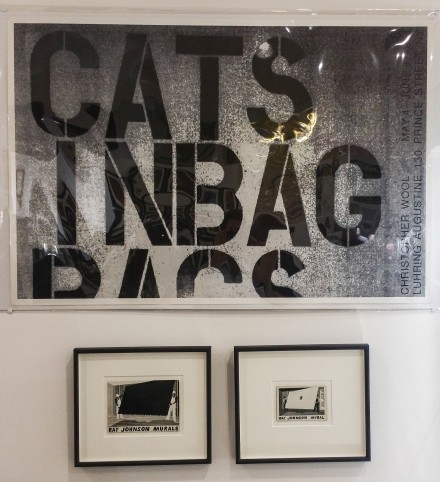 A Christopher Wool Poster at Mast

Marking its tenth anniversary this year, the event continued its record of strong attendance, but felt somewhat more measured than previous years, when packed hallways contributed to sweltering temperatures inside the museum.  The event seemed to benefit from a more subdued floor plan, and made browsing the event a much more relaxing affair.  Nevertheless, the show was packed with attendees, browsing the tables and thumbing through the pieces on sale. 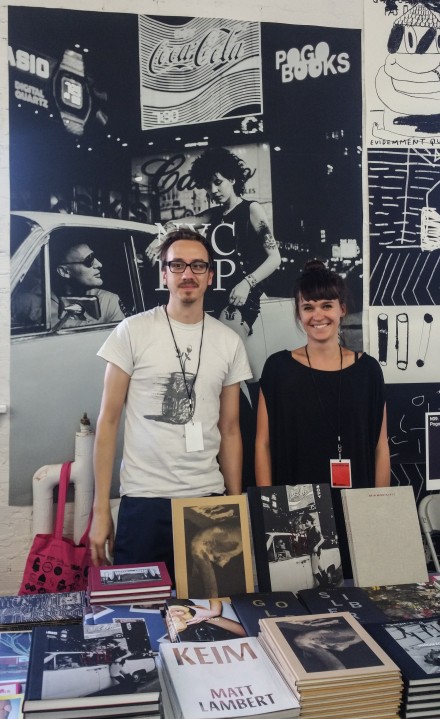 Outside in the museum’s domed performance space, the NYABF was presenting a special retrospective exhibition on the work of Paper Rad, the neon-soaked art collective that embraced the warped sensibilities of cartoons, children’s television and comics in its own surreal iterations, including its vast body of zines and printed books.  Presented here at the center of the dome, the zines’s simple illustrations and twisted humor made for an interesting reflection on the zine culture of the early 21st century as it continues to grow and evolve.  On the other side of the dome, Terrence Koh reprised his recent series of performances during the fair, incorporating material from his home upstate, including homemade books and beeswax. 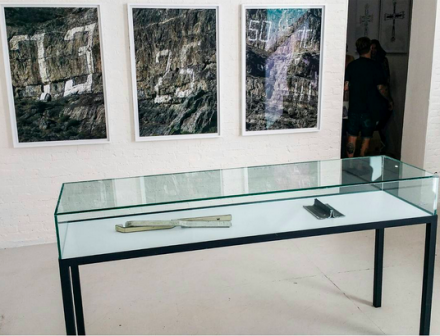 Just inside, Printed Matter had taken up a prime spot, and was offering a dense selection of books from its own stock, as well as a series of print works by Walead Beshty, blue splashes of paint layered over the book store’s stationary, a gesture that seemed to play on the book store’s back stock and leftover material as it prepares to move to a massive new site on 11th Ave.  Nearby, David Zwirner had taken over the basement exhibition space for a signing with Marcel Dzama, while also screening a selection of Dzama’s videos.  Several rooms over, Mast Books was exhibiting a series of classic exhibition posters, as well as copies of Dennis Cooper’s Little Caesar magazine. 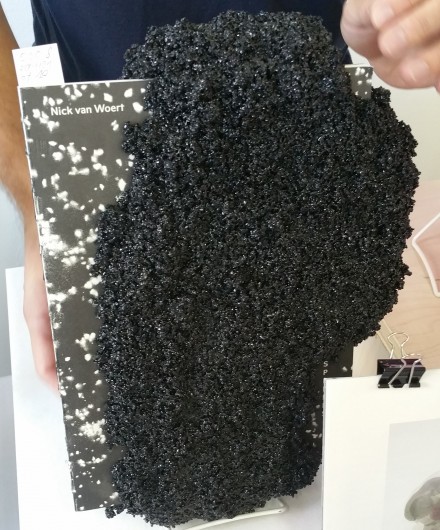 A Nick Van Woert Edition, with a coal slag cover, at Bemojake

One floor up, Cory Arcangel’s Arcangel Surfware table was presenting a set of the artist’s ongoing The Source publication, featuring a set of the artist’s coding projects, as typed out directions for easy duplication.  The booth also featured a video game based on the shooting of Andy Warhol, using the Nintendo light gun in a cunning inversion of classic shooting games.  At The Thing Quarterly’s booth, the publisher was showing its most recent “issue” in its ongoing practice of specially-editioned art objects, a gingham soccer ball by artist Michelle Grabner.  Responding to a vitriolic review by NYT writer Ken Johnson, in which he called Grabner a “soccer mom,” the work is a coy, and eye-catching response to the critic’s reductive text. 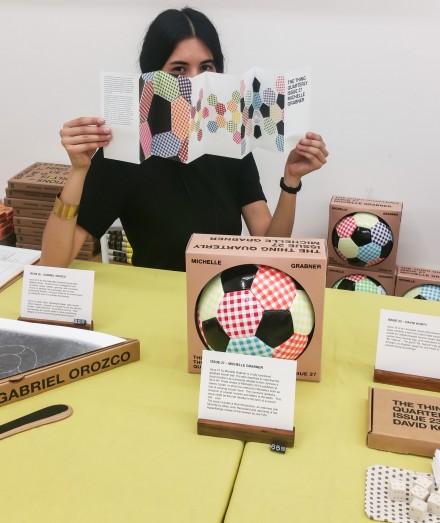 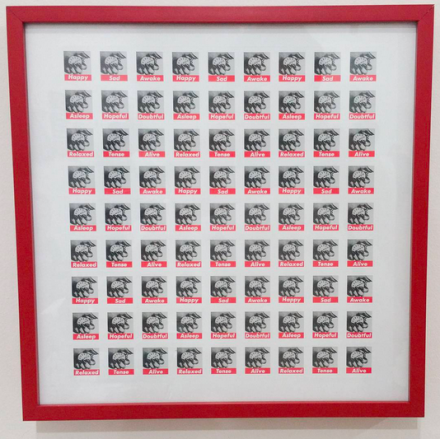 A group of activist and politically motivated tables were also a strong addition to the fair this year, with Black Lives Matter afforded space in the center of the exhibition, as well as Visual Aids, an organization currently preparing to open a show on the nightlife and art of 1970’s New York at La Mama Galleria.  Offering a more focused message as a counterpoint to the theoretical and aesthetic works nearby.  Nearby, the book fair had also established a presentation of B.C. Almanac(h), a compiled series of artist books during the 1970’s that ultimately was transformed into a touring exhibition.

Closing its doors today, the NYABF concludes another strong year of prints and publications. 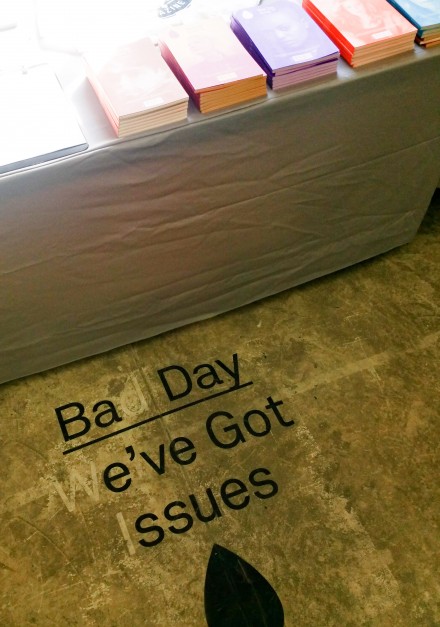 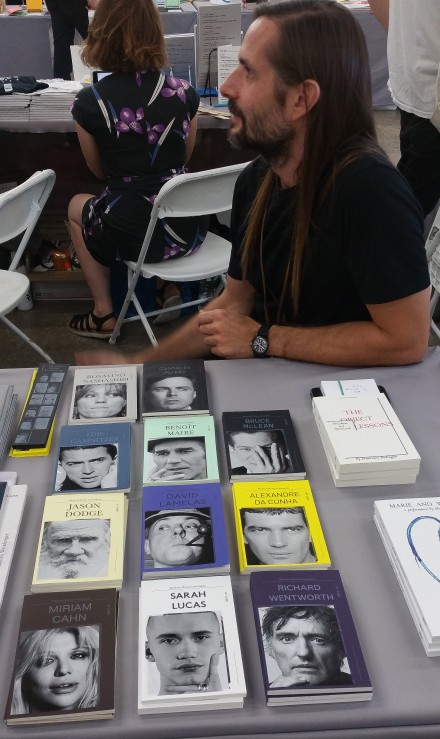 A collaboration between Drawing Room Confessions and Mousse 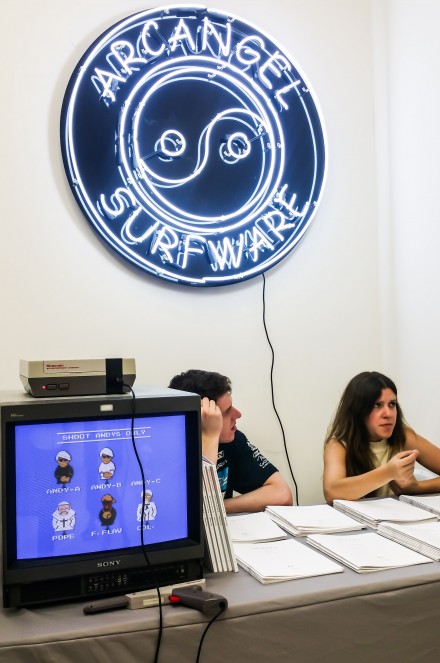 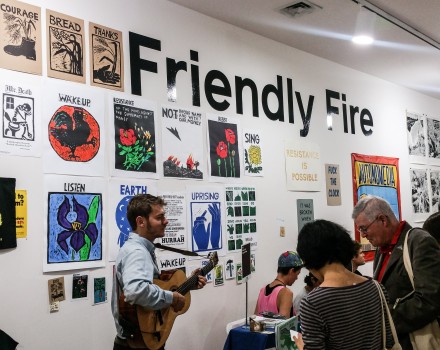 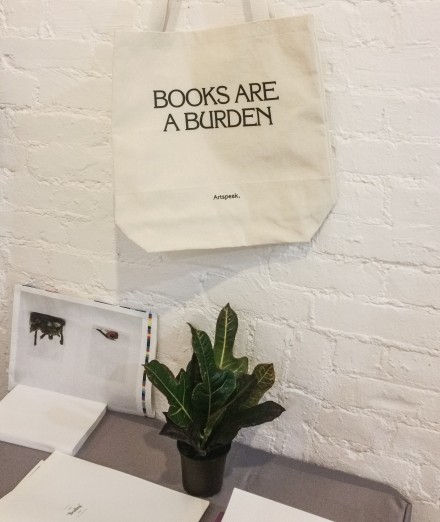 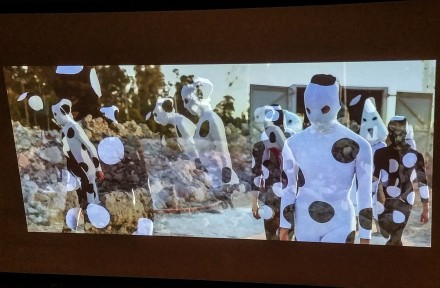 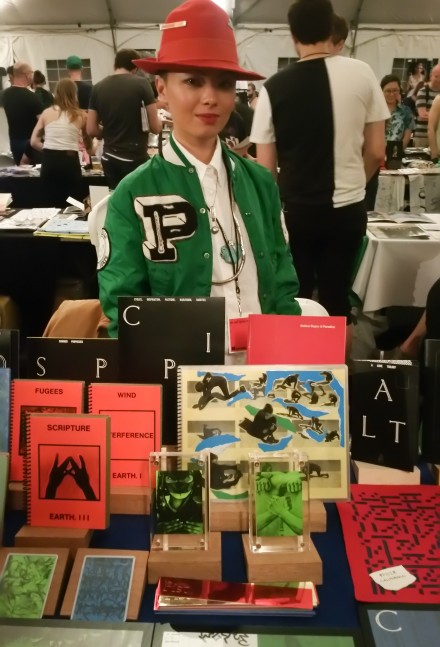 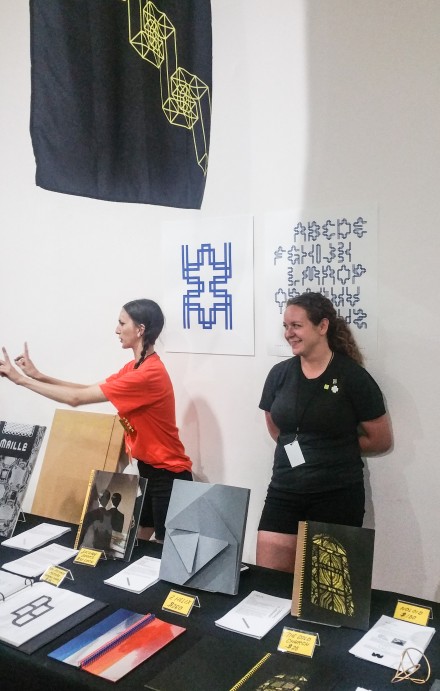 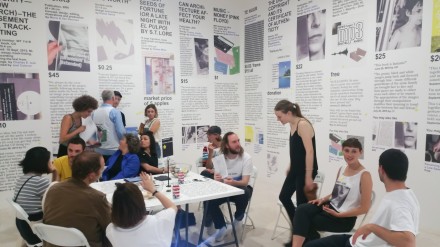 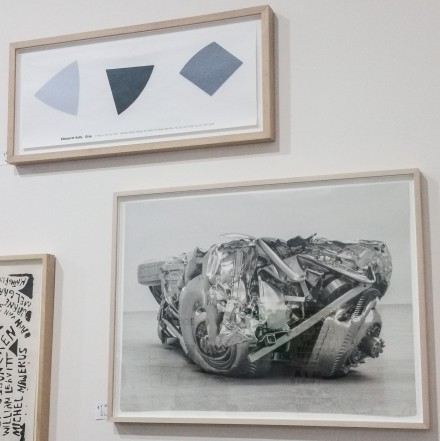 Prints by Ellsworth Kelly and Charles Ray at  Matthew Marks 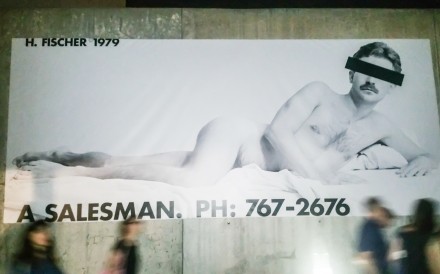 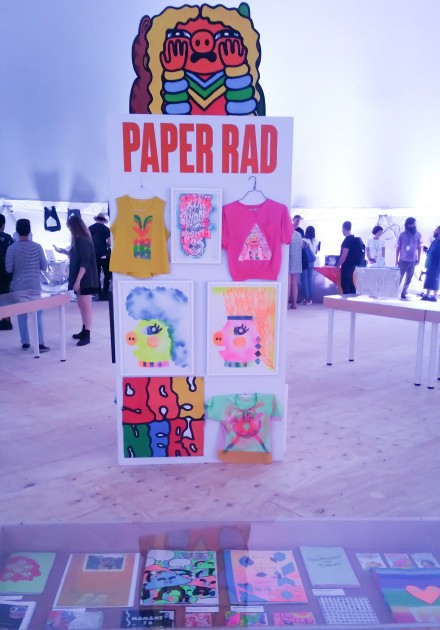 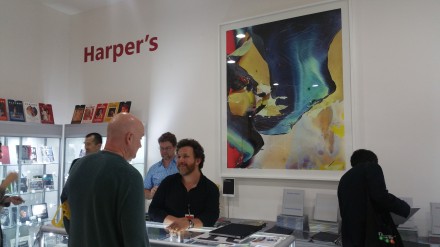 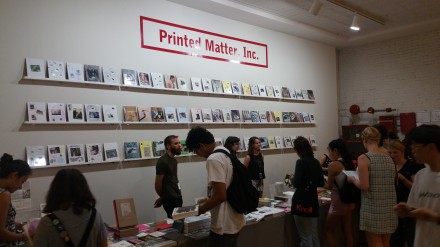 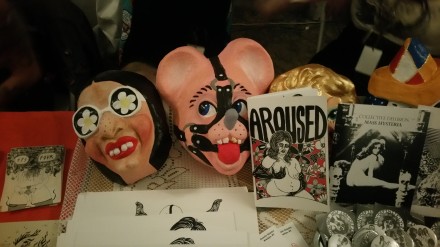 Work by Jennifer Calandra in the Zine tent outside 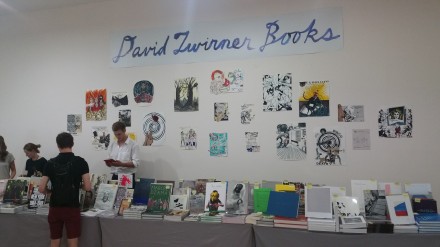 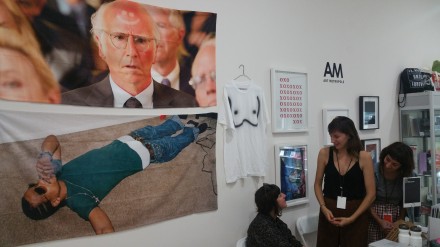 This entry was posted on Monday, September 21st, 2015 at 1:29 am and is filed under Art News, Featured Post, Show. You can follow any responses to this entry through the RSS 2.0 feed. You can leave a response, or trackback from your own site.