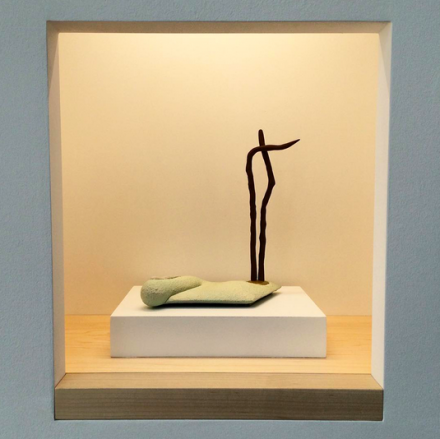 The walls of Matthew Marks Gallery are dotted with miniature vitrines for the gallery’s most recent show, a combination of new and historical work by Californian artist Ron Nagle that embraces the material and structural execution of sculpture at its most scaled-down.

Following up on its impressive summer exhibition, What Nerve!, the gallery pushes deeper into the roots of one of the show’s subjects, the San Francisco bay’s iconic “Funk” movement, and the sculptural lineage that artist and California College of the Arts professor Peter Voulkos left in his wake.  Having taught both Nagle and Ken Price (both represented by the gallery), the artist’s impact was instrumental in helping to shape some of the tenants that would define Californian sculpture over the next decades.  Yet where Voulkos’s work often used size in conjunction with his vivid shapes and colors, Nagle’s work turns towards carefully shaped interactions in micro. 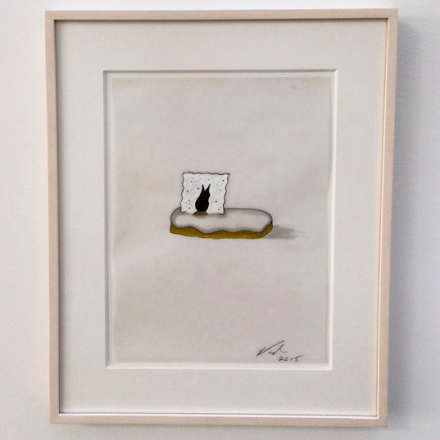 The artist’s miniature sculptures are evocative in their minimal elements and carefully considered choices, teetering between pure abstraction and impressively subtle tableau that carry a wealth of narrative potential.  In some works, the forms call to mind beds, trees or busts, always twisted towards the surreal by the artist’s careful tweaks to the lines and curves of his pieces. Yet as much as the artist’s figurative experiments carry the works, they equally stand on their own for their masterful use of color, particularly in his most recent works; vividly colored and masterfully shaped pieces that make the most out of their material grounding.  In Handsome Drifter, for instance, Nagle’s resin-soaked glaze smolders with a gentle variation in reds and yellows, offset by the single dollop of twisted black ceramic that sits atop it.  A masterful study in balance and counterpoint, the viewer may find themselves floating in and out of a perception of the concrete in these pieces. 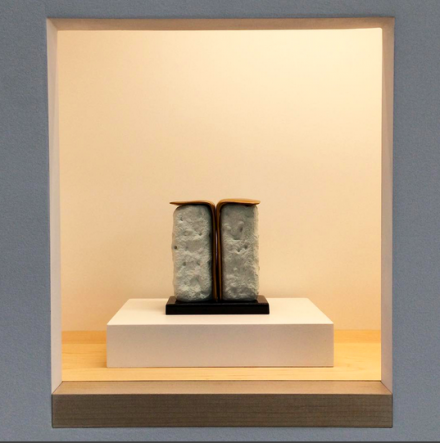 The exhibition also includes a series of Nagle’s bronze works from the early 1990’s, exercises in the interplay of material and utility that define the cup as a tool of modern life.  Pushing his works towards jagged, almost fragmented surfaces, Nagle places his pieces in this series as a continuum of early tool construction, while emphasizing the surface of each piece, not least due to its preservation under a glass vitrine.  Joining these are some of the artist’s recent drawings, playing on the materiality of lined paper or surface texture to explore the act of drawing at a nearly atomic level. 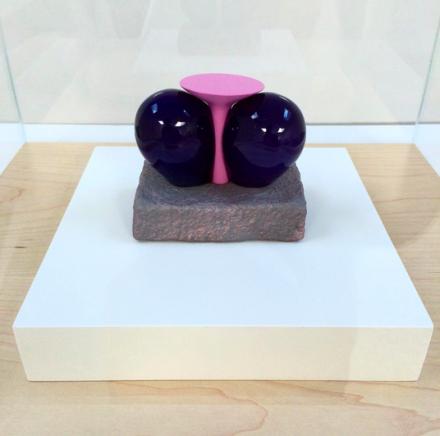 Nagle’s work seems obsessed with this brief moments of encounter between his work and the materials he executes them in, and the pared-down scale of the pieces seems to focus these moments at single points.  Always focusing themselves around balance and restraint, the artist underscores his aesthetic interests in conjunction with his own economies of form.

Offering a studious counterpoint to the Funk works explored in the gallery’s previous exhibition, Nagle’s exhibition is a striking look at the possibilities for ceramics on a micro-scale, one where strength of message is rarely sacrificed for delicacy of execution. 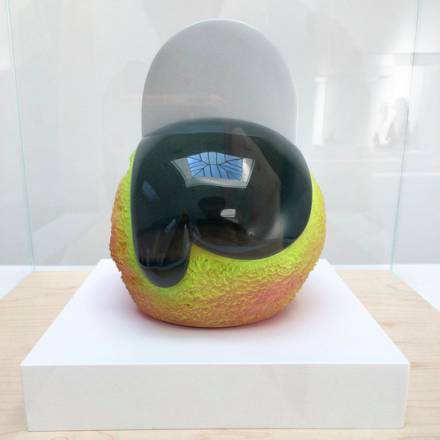 This entry was posted on Friday, September 25th, 2015 at 12:00 am and is filed under Art News, Featured Post, Show. You can follow any responses to this entry through the RSS 2.0 feed. You can leave a response, or trackback from your own site.