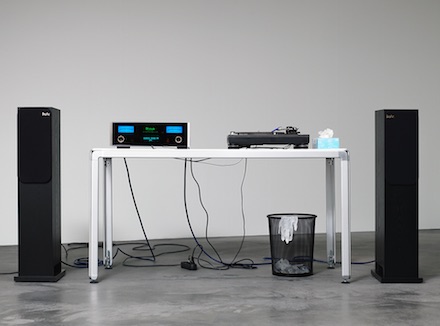 On view at Galerie Thaddaeus Ropac is a solo exhibition by American artist Cory Arcangel, a pioneer for a generation of artists devoted to the archaeology, reuse and re-appreication of computer technologies.  Arcangel has built an international reputation for his performances, videos, installations, and computer-generated works, but here turns his attention to more antiquated modes of digital music, tracing the use and dissemination of certain pieces of gear, musical genres and gestures in modern pop and dance music. 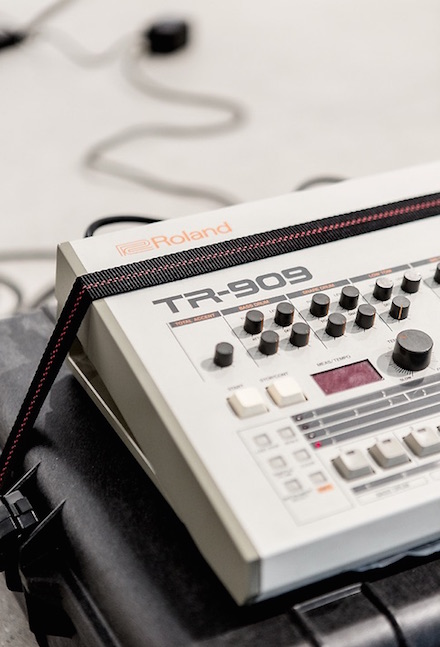 Arcangel’s work here centers around the genealogy of iconic pop music hits and the history of the electronic musical instrument (in this case the Roland TR-909 Drum Machine), as well as the archival of musical genres. In his concert series performed from 2013-15 at various venues including ICA London and Berlin Philharmonie entitled Dances for the Electric Piano, Arcangel focused on the Korg M1 synthesizer which was widely used throughout house and techno music of the 1990s, and which has a certain signature tone still utilized in music today. 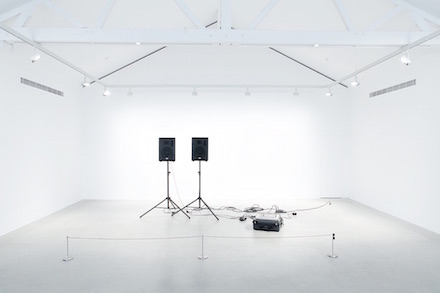 The Roland TR-909 drum machine sits at the center of his work PSK (2014). For this installation, he has simply programmed a rhythm pattern into the machine – the same rhythm which became popular via the song P.S.K. What Does it Mean? (1985) by Philadelphia rapper Schooly D. This rhythm pattern is one of the most heavily sampled loops throughout rap and hardcore music of the late 1980s and 1990s. For Arcangel, the work is a protest against forgetting. His purpose is to save one of the most important technologies (the original drum machine) from becoming obsolete and forgotten. 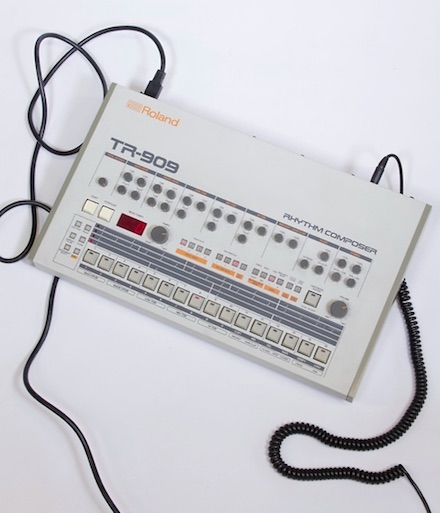 Another work, entitled The AUDMCRS Underground Dance Music Collection of Recorded Sound (2011-12) is an archive of 839 trance LPs bought from DJ Joshua Ryan.  In the interactive installation, viewers are allowed to take out and listen to each record. This installation is a very personal one for Arcangel, whose teenage obsession was listening to and collecting techno music on vinyl LP format. 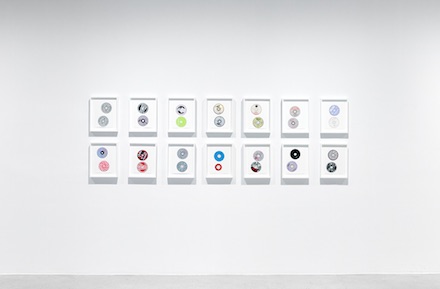 The final piece in the exhibition is entitled Since U Been Gone, based on the 2004 Kelly Clarkson hit. Arcangel has studied the genealogy of the song, which he considers the moment when punk was consumed by the US mainstream. In the late 2000s, Arcangel started collecting CDs which could represent the underground and punk roots which could have led up to the creation of Clarkson’s pop hit.  A diverse blend of records and styles are exhibited, detailing the distinct stylistic elements of punk and indie rock that Clarkson’s song so skillfully consolidates into a single, anthemic track.

By introducing the underground roots of both electronic and popular music, Arcangel’s installations introduce musical instruments and genres into the art world, further popularizing something which was originally treasured by a few. 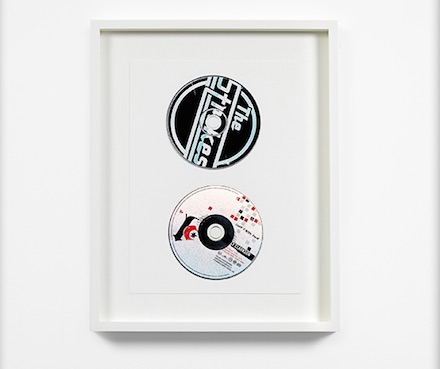 Arcangel’s newest series of works, AUDMCRS – PSK – SUBG will be on view at Galerie Thaddaeus Ropac, Paris Pantin through September 27, 2015.

This entry was posted on Saturday, September 5th, 2015 at 3:07 pm and is filed under Art News, Featured Post, Show. You can follow any responses to this entry through the RSS 2.0 feed. You can leave a response, or trackback from your own site.