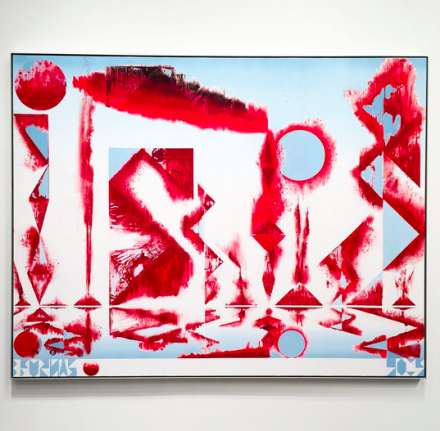 Presenting a new body of work that combines his prior interests in masses of color and space with geometric inversions and breaks with the autonomy of the canvas, Barnaby Furnas returns to Marianne Boesky this fall, his sixth solo exhibition with the gallery since 2002.  Continuing his ongoing interest in the formal potentials for landscape painting in the Twenty-First century, Furnas’s new work negotiates a line between modern practice and the historical innovations of his forbears over the past several centuries. 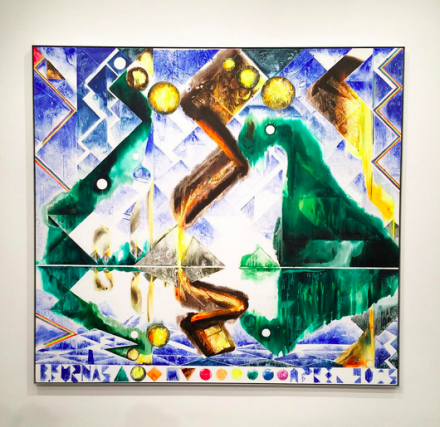 Citing influence by Cézanne and Burchfield, Furnas implicates the historical practices of landscape painting in his new pieces, and selects subject matter that includes spewing volcanoes and immense mountain ranges that make much of their massive scale and force.  Yet these figures are occasionally obscured by the artist’s hand, which emphasizes lines and accents that hold the scene back from full immersion in any figurative space. 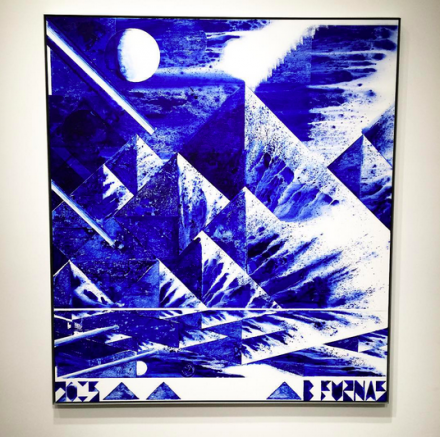 Accordingly, Furnas’s work here turns his influences not into historical touchstones, but as pure aesthetic containers, removing their modes of practice in “en plein air” landscapes and the subsequent relationship to reality, and keeping the technical or formal gestures of these artist’s hands, or their particular temperaments for color and shade.  Yet at the same time, the works here remain distinctly tied to Furnas’s own unique practice.  The triangular forms of prior works and series return here as measured and cut canvas, affixed to his compositions  as a method of distancing his canvas from a cohesive plane, yet never depart from tightly controlled combinations of color and gesture.  While the work’s cut and paste nature is clearly seen, the fragmented elements feel cohesively joined together. 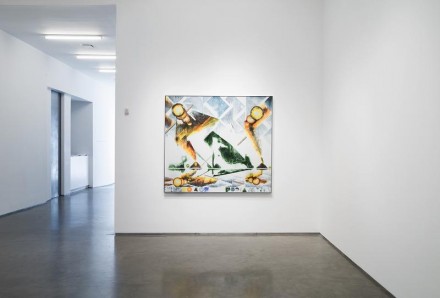 Furnas complements these jagged hiccups in surface integrity with his own signature swirls and whorls of paint, tracing stark lines of red and gentle blue gradients that recall previous works, while in others he lets huge swaths of green pool on the canvas, drying to leave gentle fluid motions on the canvas.  As a result, one is constantly reminded of the physical motion of paint on canvas, and the vectors that define Furnas’s work, both vertical and horizontal as the artist paces around the canvas, pouring paint or cutting fragments across the surface. 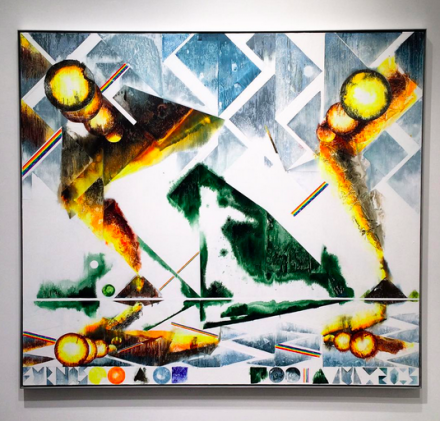 Considering Furnas’s work in the past, his pieces here seem considerably more interested in the act of construction, a choice that suits his sense of line and color quite well.  Where previous works by the artist relied on characters and figures offering a grounding subject in his works, the pieces here are content to let the eye range across the canvas, a free-floating experience that offers much for the intrepid viewer.

First Morning is on view through October 10th. 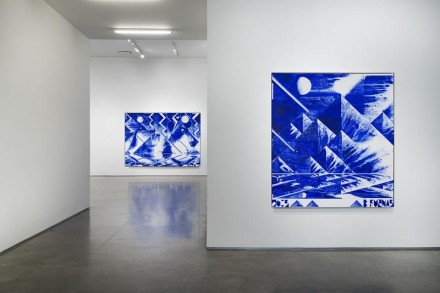 This entry was posted on Sunday, October 4th, 2015 at 11:05 pm and is filed under Art News, Featured Post, Show. You can follow any responses to this entry through the RSS 2.0 feed. You can leave a response, or trackback from your own site.