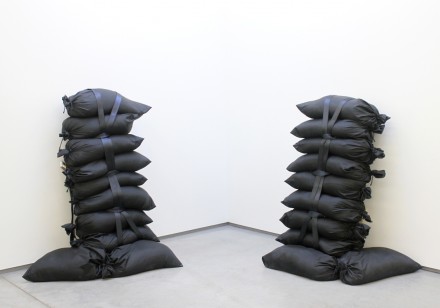 Gardar Eide Einarsson, Utah to Resume Use of Firing Squads for Executions (2015), all photos by Elene Damenia for Art Observed

Returning to the United States for his first solo exhibition since leaving the country for Tokyo, Gardar Eide Einarsson has once again brought his particular brand of appropriation-based practice to Team Gallery for a solo exhibition of new work, taking aim this time at the United States’ often twisted ideological rhetoric, and the iconography that often carries it. 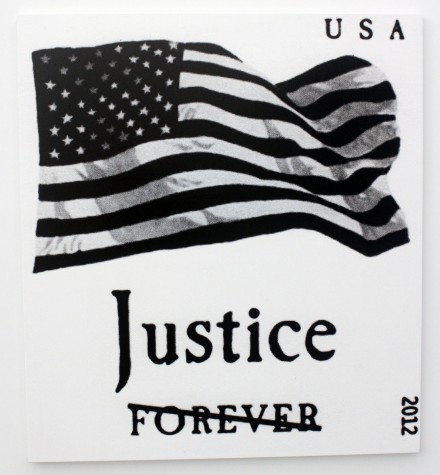 Upon entering the space, the viewer is immediately accosted by a series of works, from a black flag emblazoned with the words “I Ain’t Coming Down” (a stand-in for similarly adorned Confederate flags that also point back to the recent shootings in South Carolina), to a tire suspended on a block of concrete.  This latter work is a nuanced reference, pulling its design from a photograph that originally appeared in the The American Interest as part of an article dealing with the European banks’s deliberate speculation on the city of Detroit’s debt.  The image, which was originally a stock photo, bears a striking series of meanings, from the widely recognized ruins of Detroit’s municipal structure, to the image’s bland commodification of that narrative. 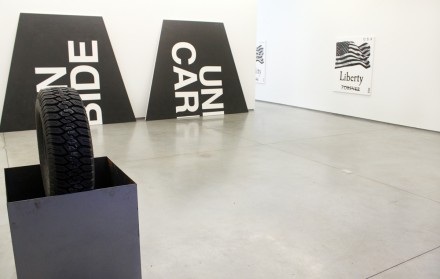 Perhaps most intriguing about Einarsson’s work here is his ability to embed easily accessible histories into the works on view.  His Union Carbide work demands attention to the company’s history in India, and the effects of the catastrophic 1984 Bhopal Gas Leak in a minimal gesture.  Embedding this violent corporate history and emphasizing the company’s continued existence as a subsidiary of Dow Chemical, Einarsson’s piece brings specific attention to the violent lineage of global corporatism.  The work’s specificity also plays on the generic nature of the company’s name, a nameless, faceless entity that ignores the harsh impact it has had on the global populace. 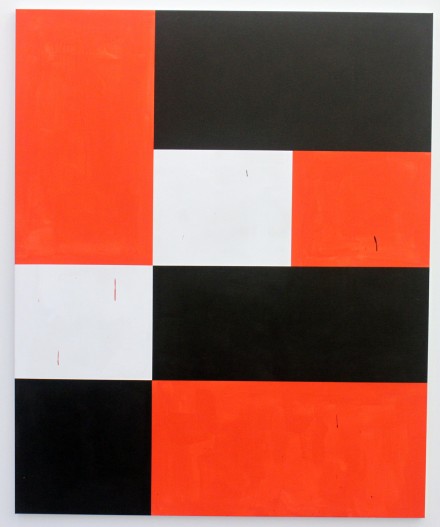 Elsewhere in the show, the artist is showing a set of reprinted stamps from the USPS website.  The images, on which the FOREVER price element had been crossed out to prevent counterfeiting on the post office webstore, make for a sarcastic, comical take on the aggressively defended principles of the U.S., its eternal promise expunged by its own bureaucratic clerks by economic necessity. 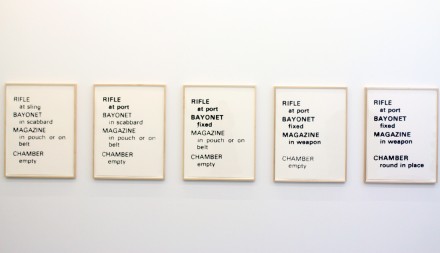 The show seems to be something of a sigh of relief for the artist, as if Einarsson were looking back on his time in the United States, and a number of violent crises that have defined the U.S. experience in the early 21st Century from a distance.  The result is a set of works that feel renewed in their staunch critiques of the U.S., with an equally comical and tragic sensibility that marks the artist’s relentless critique, but deep empathy with his former home.

FREEDOM, MOTHERFUCKER. DO YOU SPEAK IT? closes on October 25th. 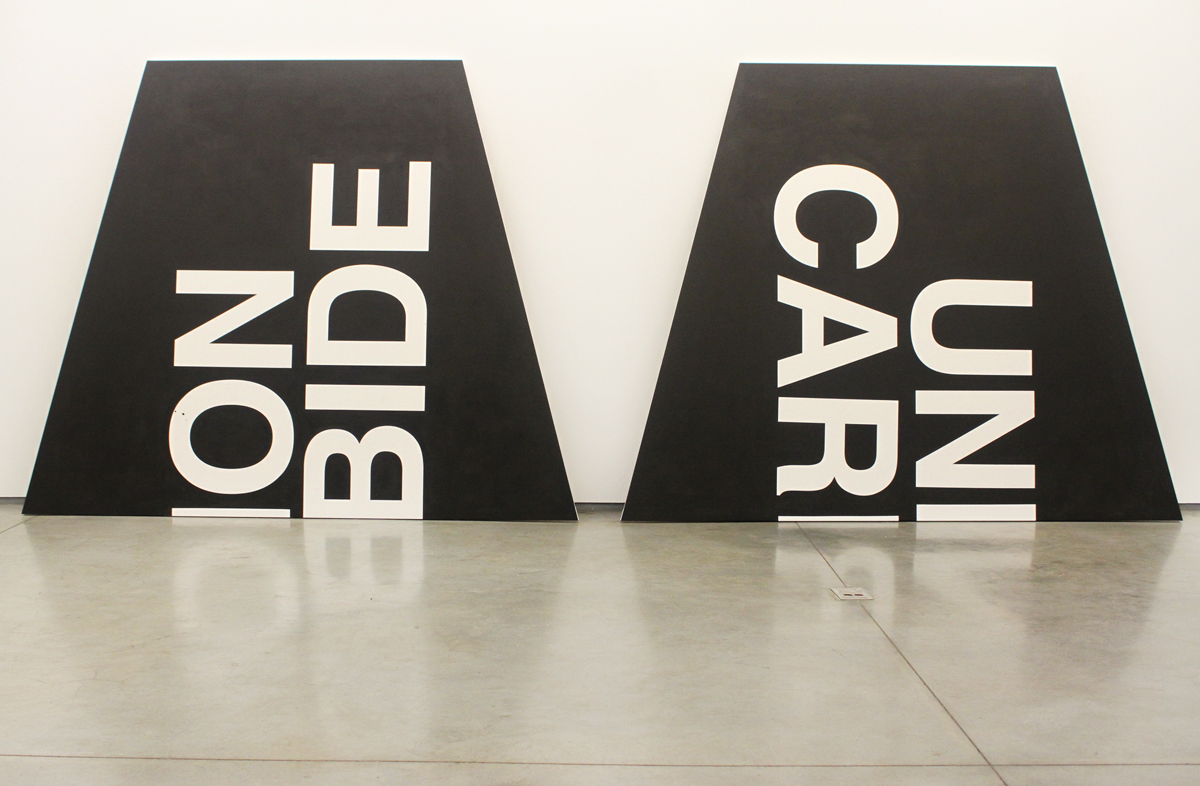 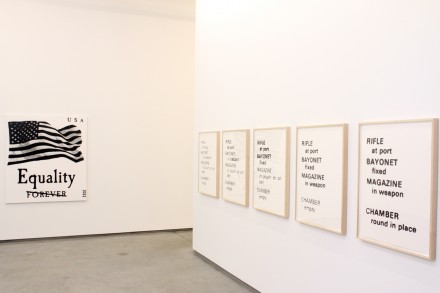 Read more:
FREEDOM, MOTHERFUCKER. DO YOU SPEAK IT? [Exhibition Site]

This entry was posted on Thursday, October 22nd, 2015 at 12:00 am and is filed under Art News, Featured Post, Show. You can follow any responses to this entry through the RSS 2.0 feed. You can leave a response, or trackback from your own site.