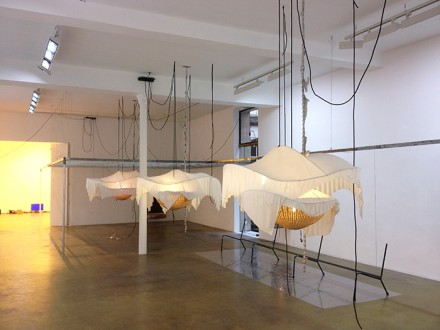 David Douard’s bat-breath battery, presented at the Gallery Chantal Crousel, is a hybridization of formal territories, exploring correlations between poetry and vernacular, human and machine – recurring interests for the artist.  Often delving into the mechanisms of transformation and development, Douard’s work centers on  infectious relations between different worlds and objects, explained through media terminologies that draw from tech, biology, history, and visual culture at large. 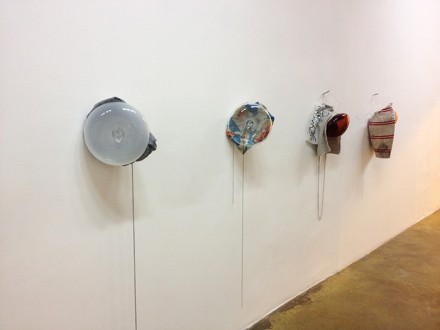 Douard’s creative process involves claiming various sources, then integrating and digesting their elements to form a blurred, abstract language composed from the materials of biological life and commodity capitalism, joined as plastic forms in the exhibition space.   Sculptures, collages, sound, and interactive installations, all pull from this recycling process that draws from both the mental and concrete, and which allows methods of dismantling and reassembly that join worn car airbags, metal grids, or frames mixing human hair hair with synthetic materials. 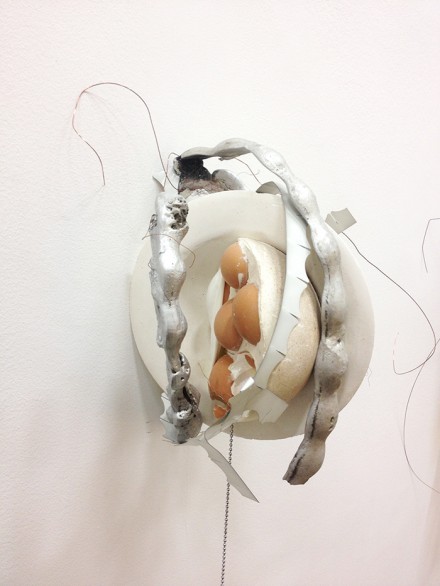 David Douard, WE (2015), via Daphné Mookherjee for Art Observed

Fascinated by the ideas of contagion and infiltration, Douard pushes his elements as symptomatic of the interrelations of humans and machines under modernity, often using language itself as his primary contamination vector. Text becomes the primary source of transmission or communication, proliferating itself on the surface of the sculptures. Word fragments explode and are deposited on the material to infect it with alternative meanings or readings contrary to the work’s physical moorings.  Inspired by the Lettrist movement, the work of the artist feeds from a “disruptive poetic flow.” 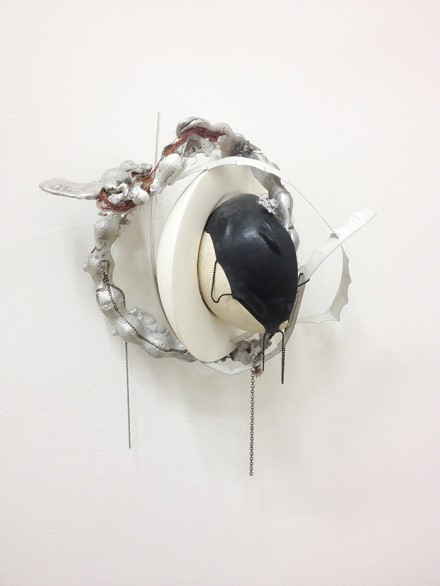 David Douard, WE (2015), via Daphné Mookherjee for Art Observed

The work of the artist is generated within these dual interests in disease and language, where evolution is not consistently controllable or predictable.  The work’s plastic nature becomes hard to apprehend, setting up a voluntary disjunct in his work, where surface and composition are deliberately muddled.  The visitor, according to the will of the artist, oscillates between comfort and disconcertment.  This interest in the breaks and flows of linguistic structure and the viewer’s position even manages to manifest itself in the installation of his work.  The viewer must immediately submit to the gate installed near the gallery entrance, forcing the viewer to bend down in the room’s clinical light, and immersing one in a universe in which biology and communication sciences are subject to the same virus. 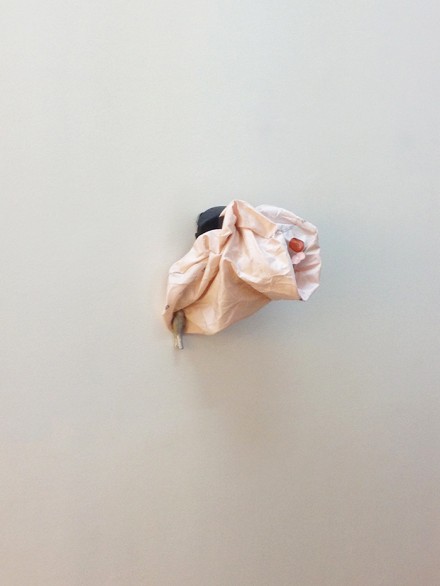 David Douard, WE (come a little bit closer hear what i have to say) 1  (2015), via Daphné Mookherjee for Art Observed

In the background of the exhibition space, poems and texts cobbled together from blogs or web forums are read continuously by the singer Priscilla ay Avah, whose mouth is obstructed. From a device spreading on the floor of an empty room bathed in a warm light, they are broadcast from a radio station nested in Douard’s studio in Aubervilliers, where the artist live broadcasts.  In the content, as in form, they reflect the artist’s ongoing desire for resistance.  The listener in this space, ultimately becomes a reproduction medium in their own right, marking the spatial contradiction between the exhibition, the poetic texts read on-screen, the viewer, and the artist himself. 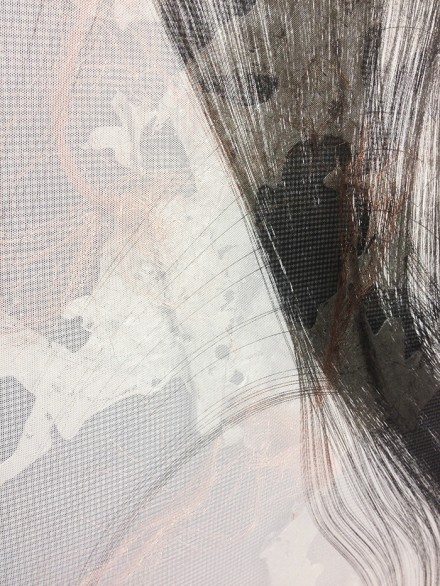 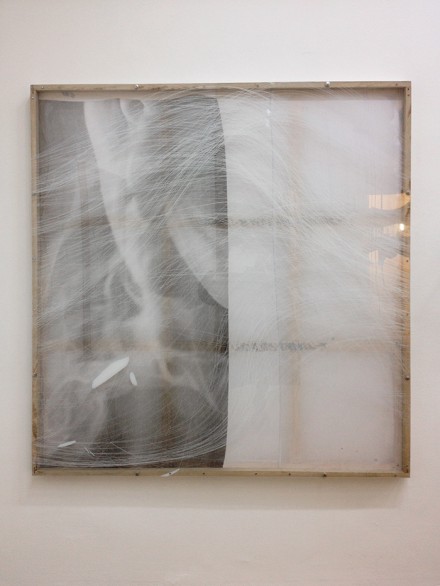 David Douard, WE (breath) (2015), via Daphné Mookherjee for Art Observed

With a poetic flow taking on the shape of waves or smoke, the viewer in the sound installation, is subject to the realities, and vectoral exchanges of disease.  Between organic and machine-like, living material or artifact, the exhibition reveals the ambiguous relationship we have with technologies, yet skewed through the shifts of meaning caused by the occasional anomalies in human nature and programming. 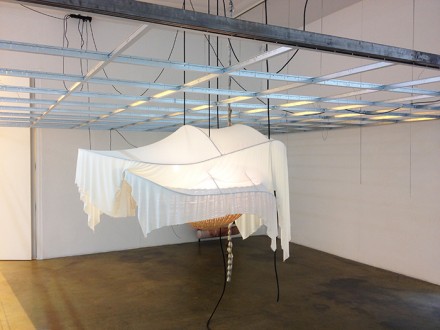 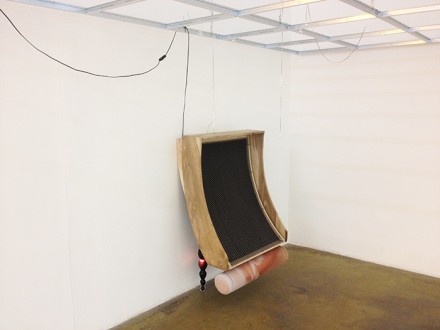 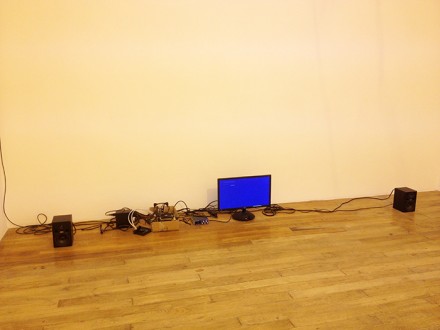 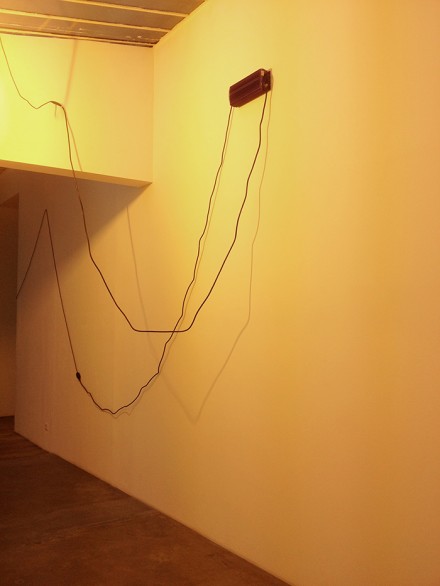 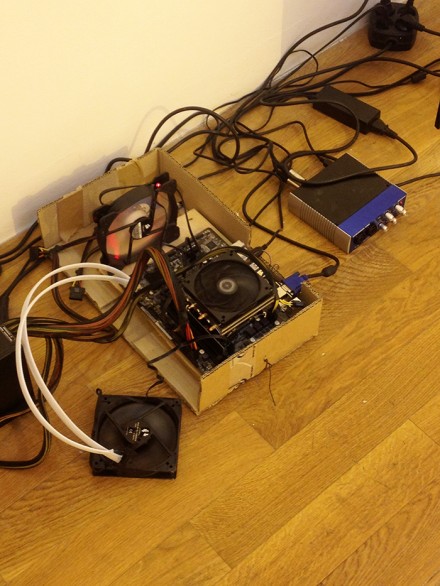 This entry was posted on Wednesday, October 7th, 2015 at 12:00 am and is filed under Art News, Featured Post, Show. You can follow any responses to this entry through the RSS 2.0 feed. You can leave a response, or trackback from your own site.