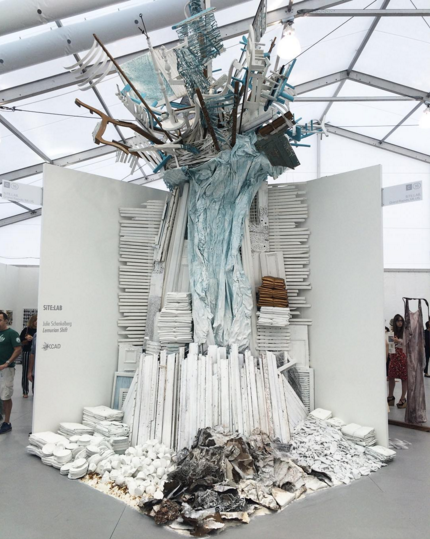 Positioned south of the Convention Center at 10th and Ocean Dr., the Untitled Art Fair returns to its prime beach real estate this year, bringing with it another year of tightly-curated booths, installations and special projects. It’s a refreshing change of pace from the bustle of ABMB, complemented by the fair’s signature tent design, which boasts wide aisles and spacious booth for exhibitors that gave the exhibition a distinctly relaxed air, while offering ample light to emphasize the works on view. 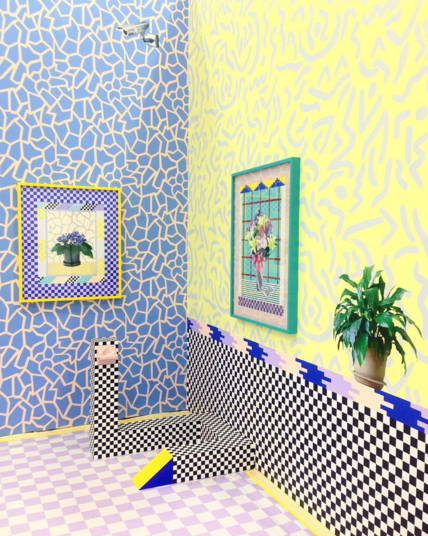 This year, the fair felt particularly well-attended, both in terms of exhibitors and their audience, with large crowds and a strong selection of works.  The show opened with Galerie Laurent Godin, where a series of blue-hued compositions by Alain Séchas posed slender, anthropomorphic cats in a series of comical and romantic entanglements.  The works were complemented by a three-tone Haim Steinbach that also commanded particular interest. 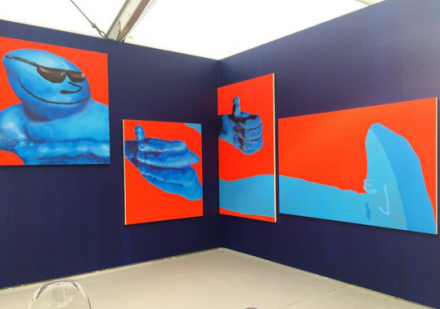 Another highlight was Eric Firestone, where a selection of pieces from Howard Kanowitz, sizable cut-outs depicting early-era pro basketball stars countered a selection of vivid pieces by artist Miriam Schapiro, combining textural variations with attentive use of space that placed her subjects first and foremost, and offered a pointed contrast with the flurry of her more well-known works.  At Postmasters, viewers were confronted by a massive, disturbing series of paintings by Austin Lee and Shamus Clisset, most notably Lee’s series of canvases depicting a distended body giving a thumbs-up, spread across a back wall painted a deep blue.  The Hole, which has usually set up shop with the NADA Fair was on hand this year for a change in pace.  It had brought a selection of works from its artists, including pieces by Matthew Stone and Holton Rower.  Fellow New Yorkers Microscope had also selected an interesting series of works, including Peggy Ahwesh’s comically bizarre video pieces.  In one, the artist had selected shots from the Hong Kong-based Apple Daily, in which characters are shown daydreaming or thinking.  The series of shots, often depicting surreal violence or confusion, was made all the more compelling out of context from its story, as the frequent conflicts of its thinkers turned the work into an immersive, foreign scene, while playing up the fantasy of the digital image on-screen.

The British galleries were in fine form this year, with a number of spaces bringing adventurous, bold works to show.  10 Hanover, a London-based space, had one of the larger booths on view, showing paintings by artist Santiago Taccetti.  The works, blurry mounds of white and black that the artist had layered on the back of the canvas, allowing it to distort and warp the surface.  “There’s a margin of error,” Exhibitions Director Eleanor Dilloway told Art Observed.  “Considering how much force is put into these works, it’s hard to know just how they will turn out.”  Nearby, fellow Londoners Jack Bell Gallery were showing pieces by Ivory Coast painter and street artist Aboudia.  Sparking with vivid figurative energy, bright colors and a loose, swerving hand, the pieces offered a sudden jump of energy in the midst of the fair promenade. 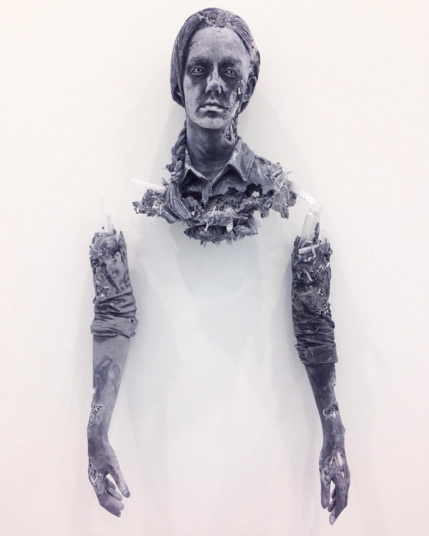 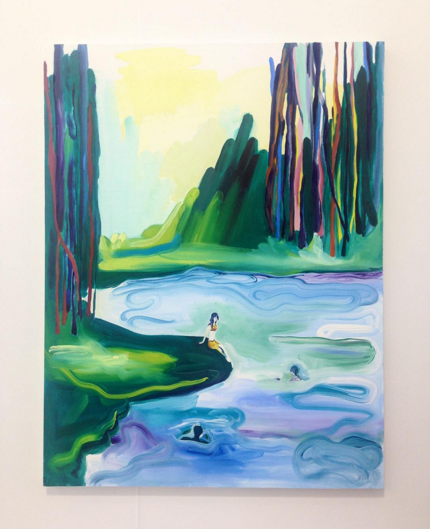 SiTE:LAB’s installation by artist Julie Schenkelberg was a welcome surprise, a towering cluster of materials that surged over the top of the gallery’s booth, giving the impression of a tree springing forth from its foreign materials and sparse location, while in another corner of the fair, Maurizio Cattelan’s Toiletpaper had set up a colorful lounge area, complete with large-scale prints from the publication’s irreverent, surrealist photography, and a first-rate view of the ocean waves. 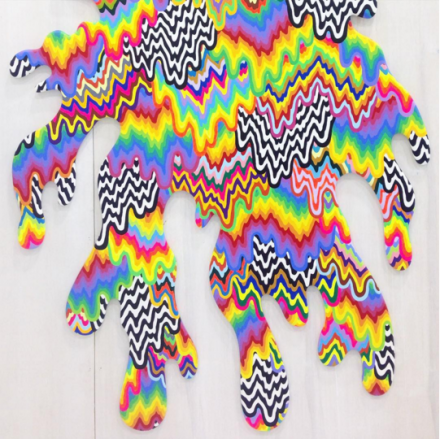 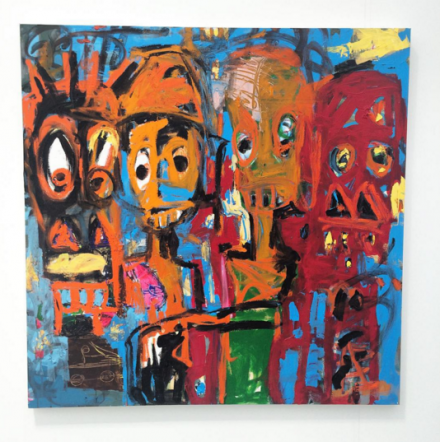 This year marks a high point for Untitled, taking its already impressive focus to a new level in terms of quality and selection.  One can only hope the fair continues to push itself forward in coming years, making the beachfront fair an even stronger draw. 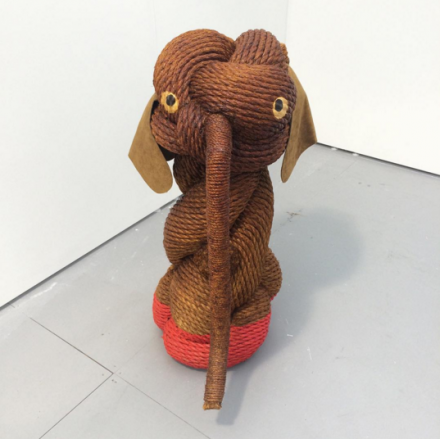 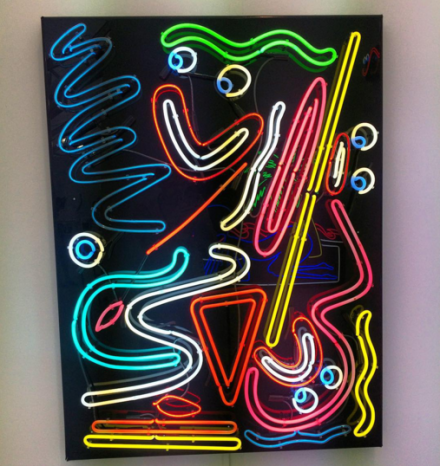 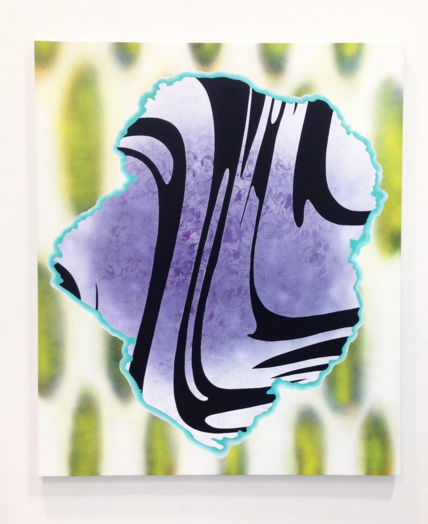 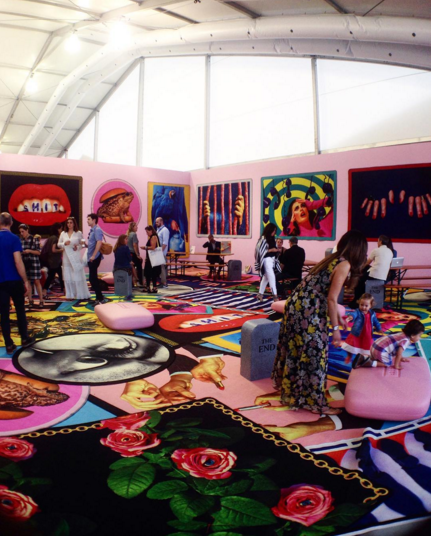 The Toiletpaper Lounge at Untitled

This entry was posted on Sunday, December 6th, 2015 at 5:23 pm and is filed under AO On Site, Art News, Featured Post, Show. You can follow any responses to this entry through the RSS 2.0 feed. You can leave a response, or trackback from your own site.