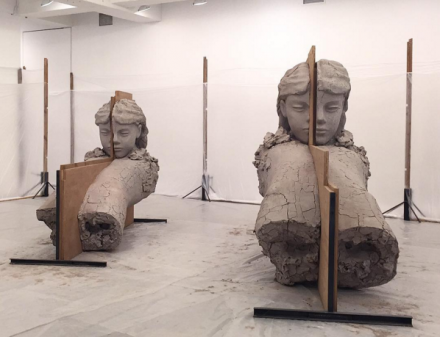 There’s a distinct narrative arc running throughout the work of Mark Manders, albeit one that’s noticeably obtuse.  Utilizing familiar materials, forms and techniques throughout his work, the artist transposes materials into a conversation with architectural space and time, often winding explorations of the art historical and explorations of human affect into his enigmatic sculptures and installations.  For the artist’s new exhibition at Tanya Bonakdar, the artist returns to his notion of “self-portrait as building,” weaving his personal histories and aesthetic interests into a sprawling installation and series of sculptures that poses challenging questions on the body, force, and art practice in general. 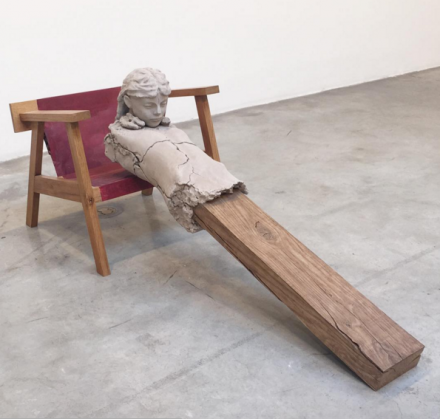 Upon entering the ground floor of the gallery, the viewer is lured through a hallway of plastic sheeting, emerging in an open space where the artist has positioned a pair of human figures, emerging from what appears to be unformed clay, but cut in half by wooden boards, a jarring moment that disrupts an easy reading of the human form and its surface composition.  In the back room, a similar sculpture, this time resembling a bounding dog hangs in suspension, creating a surreal sense of stillness when played against the action implied.  Upstairs, a similar, smaller series of works is exhibited, capped by a vitrine assemblage, depicting one of his sculpted heads clamped down against a parquet floor.  In its small scale, the work appears like a proposed site, compounding the monumental aspects of his work even in the absence of a full-scale version.  Despite the work’s miniature size, its ties to architectural process and the classical references of his sculptures make the work’s form seem larger than life. 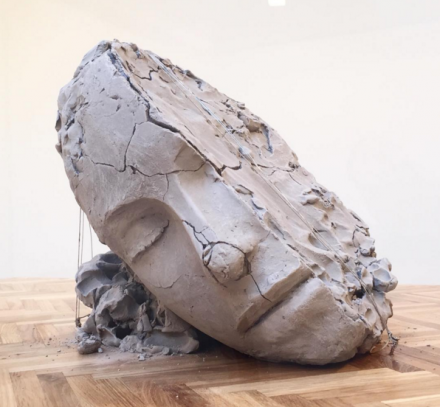 Throughout Manders’s work here, figures and references to the human body abound, from a lifeless collection of blocky objects hinting at a torso, to his jaggedly rendered visages.  In each, however, the body is always dictated by its material supports, whether they be the compositional materials themselves, the wooden panels that bisect sculptures, or the containers that hold excess sculptural material.   At any level, one can detect the structures putting these human forms into play with the viewer, and in turn disrupting readings of the works as separated from their contextual moorings.  The titles themselves push this further, pulling the studio and surrounding space into the work as part of its conceptual territory.  But even as Manders’s more conceptual elements remain in view, one can hardly escape the more emotive aspects of his piece.  While the show’s emphasis on spatial context underscores the work, the physical form, broken, fractured or restrained in two by his plain objects, adds a potent, eerie atmosphere to the show, placing the affective elements of his formal choices and human subjects into harmonious, yet still deeply jarring, interplay.

The exhibition is on view through December 19th. 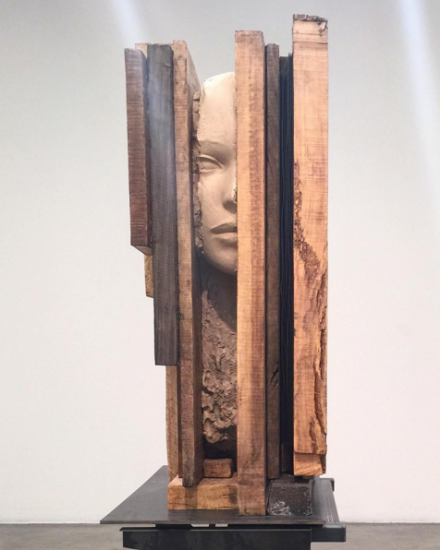 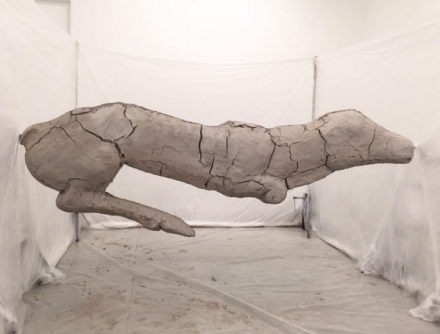 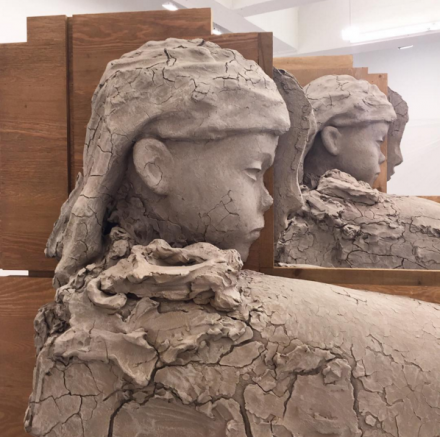 This entry was posted on Friday, December 18th, 2015 at 12:00 am and is filed under Art News. You can follow any responses to this entry through the RSS 2.0 feed. You can leave a response, or trackback from your own site.