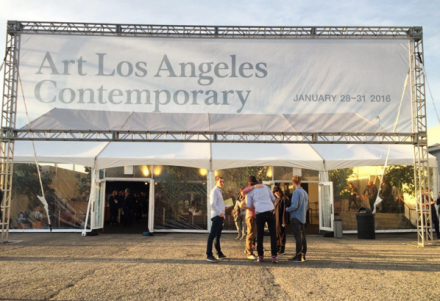 Outside of Art Los Angeles Contemporary at Barker Hangar, via Art Observed

Art Los Angeles Contemporary opened its doors this past evening at the Barker Hangar in Santa Monica, bringing the city’s art scene, as well as many from New York, London and further afield to the sunny haze of the California metropolis.  The fair, which has seen increasingly high praise over the past years, saw strong attendance and packed aisles in the early hours as visitors occasionally paused to look towards the sound of planes taking off just overhead. 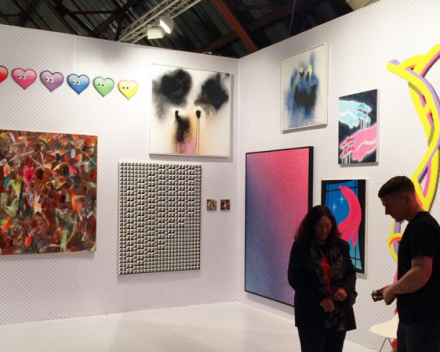 The Hole NYC, via Art Observed

The Cooper Cole Gallery was a one standout booth at the fair, showing a vivid, yet minimal selection of pieces by artist Zoe Barcza and Chloe Seibert, including a pair of Barcza’s paintings mimicking shredded cloth draped over a bold orange backdrop.  These paired quite well with Seibert’s rough-edged sculpture of a fist, pounding its way down into the fair ground, each hinting at a certain force of action despite their nuanced construction.  Another highlight was the shared booth of Christian Anderson and Standard (Oslo), where a selection of pieces by Carl Mannov combined painterly abstraction with a series of splattered arrangements in solid concrete. 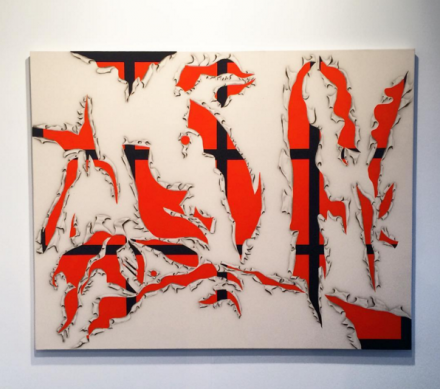 The downtown New York spaces also had a strong showing at the event.  Team Gallery had brought a group of large scale works, including a powerful Ryan McGinley composition, as well as a free-standing Jacob Kolding piece.  The gallery is opening a show of his work at its Venice bungalow space this Sunday.  Also on hand was Feuer/Mesler, which had paired Loie Hollowell with a selection of recent works by Ry Rocklen from the artist’s mirrored series currently on view in New York.  Hollowell’s swirling psychedelia frequently passed through the sightlines of Rocklen’s compositions, making for an illusory, occasionally surreal viewing. 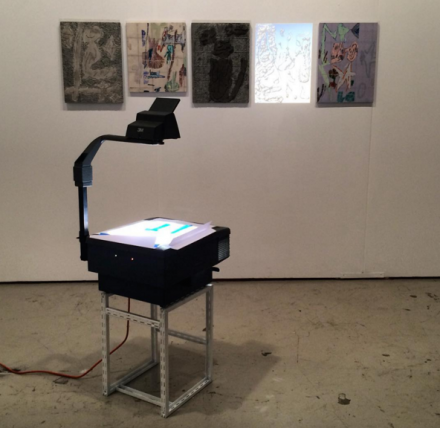 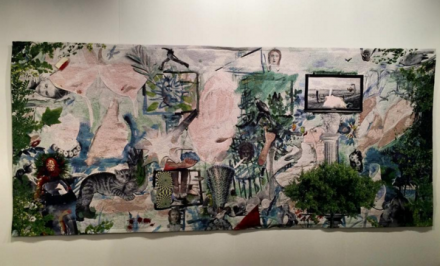 Laure Prouvost on view at Mot International, via Art Observed

Coming all the way from Paris, Praz-Delavallade also had one of the night’s more striking booths, with a series of paintings by LA-based painter Matthew Chambers shown side by side.  The works, towering, fluid compositions in bright tones, were an intriguing entry from the artist, showing his increasingly nuanced hand in the execution of such bold work.  It played nicely against The Hole’s equally packed space, where a range of works were shown in close proximity, countered by the presence of Kathy Grayson’s immediately recognizable Pomeranian Bertie. 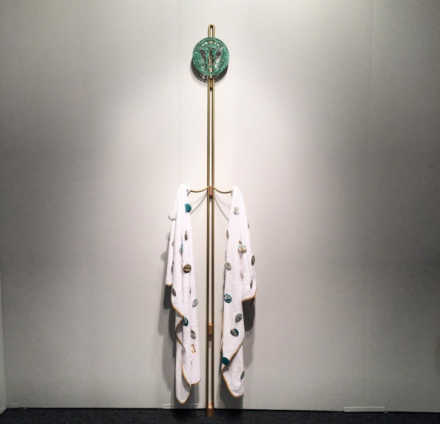 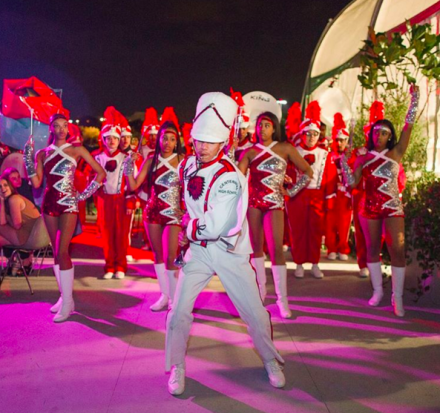 The events proceedings were punctuated later in the night by the appearance of Compton’s Centennial Marching Band, directed by Alison O’Daniel, which took over the space after seven with a raucous performance that moved through the space.  O’Daniel’s work has often incorporated the use of marching bands, and is currently exploring a body of works invested in and centered around the recent theft of tubas from a number of area high schools.

Continuing over the course of the weekend, ALAC is a fitting introduction to both the Los Angeles art scene, and the networks it has formed internationally in recent years.  The show closes on Sunday. 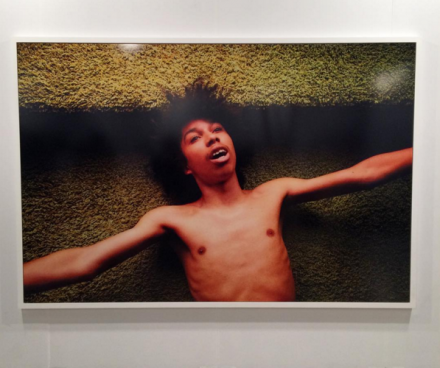 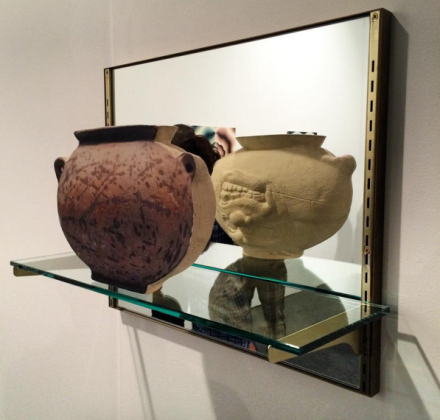 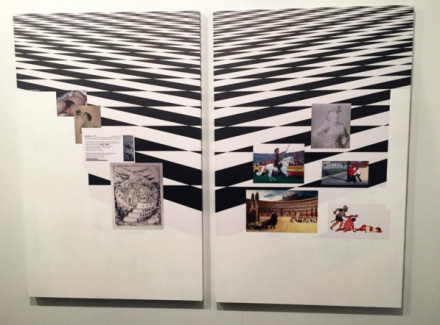 This entry was posted on Saturday, January 30th, 2016 at 6:26 pm and is filed under AO On Site, Art News, Featured Post. You can follow any responses to this entry through the RSS 2.0 feed. You can leave a response, or trackback from your own site.