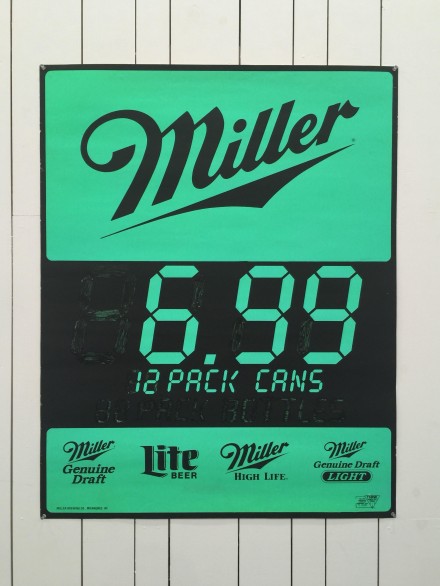 Mark Grotjahn doesn’t stay in one place for too long.  Despite the honed abstraction techniques illustrated in his long-running series like Butterfly Paintings, his recast, painted cardboard box sculptures, and the swirling figuration of his Face works, Grotjahn has also spent countless hours on small-scale projects, conceptual exercises and intriguing asides.  There is, for one, his Instagram account, a free-wheeling aesthetic testing ground where the artist has obsessively posted album covers, sets of reflexive iPhone screenshots, and bizarre scenarios culled from both his own life and printed media. 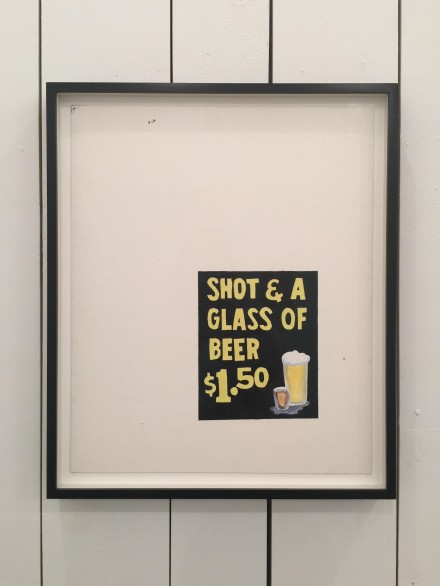 Mark Grotjahn, Untitled (Shot and a Glass of Beer) (1994), via Rae Wang for Art Observed

There’s also his Sign Exchange, an ongoing project during the mid-90’s that serves as the opening exhibition for Karma’s first exhibition of 2016.  The premise of the project was simple.  Grotjahn, wandering around Los Angeles, would select storefront signage, notifications and other public text to reproduce in his own hand, eventually returning the the store with his finished work, which he would exchange for the original.  It’s an interesting note to consider in the context of the artist’s current position among the higher reaches of blue-chip marketability, that a number of his early works are spread across the landscape of LA.  Grotjahn’s works are now hanging in Chinese restaurants, on backyard fences, or in the windows of convenience stores, reinvigorating the urban documentation of fellow Los Angeleno Ed Ruscha with a distinct utilitarianism. 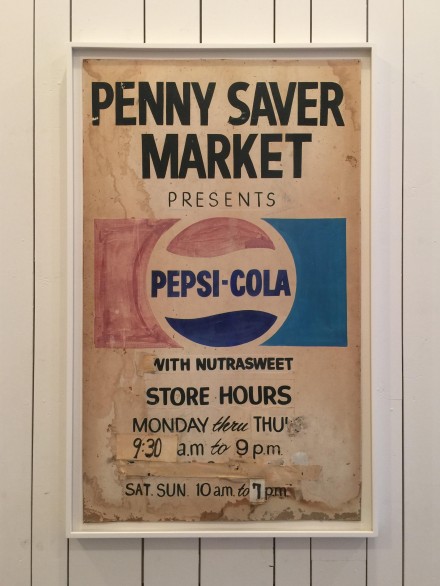 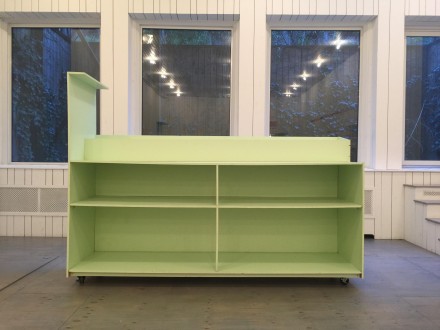 In turn, the artist’s own collection of signs offers a map of sorts to each of his pieces, a preservation of his prior ambulations around the city, and his relationships with those along the way.  One could, all things considered, review the signs on view, and trace them throughout LA to find his paintings.  This dialogue between place and movement, artist and collaborator, brings the show to life, with the actual relationships between each element foregrounded rather than the signs themselves. 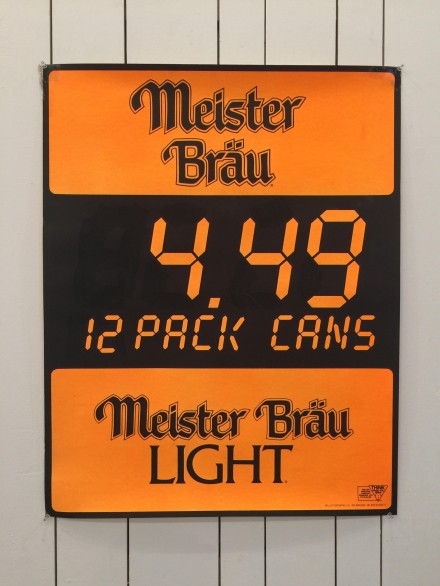 Grotjahn’s signs are a documentation of a decade long past, and the works he has in turn placed into circulation in place of these “originals” (which alternate between the mass-produced and the hand-drawn) make for an interplay of time, space, and the fabrics of the diverse metropolises of New York and Los Angeles.  Connected across these disparate locales, one can almost sense Grotjahn’s mediation of these two locales, and Sign Exchange’s efforts to make that space explicit.

The show closes on February 7th. 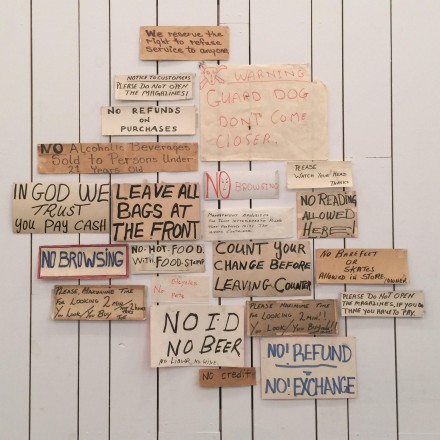 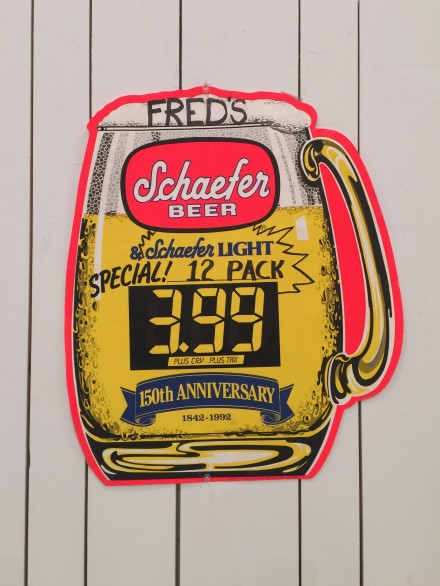 This entry was posted on Friday, January 22nd, 2016 at 12:00 am and is filed under Art News, Featured Post, Show. You can follow any responses to this entry through the RSS 2.0 feed. You can leave a response, or trackback from your own site.