New York: “Photo-Poetics: An Anthology” at The Guggenheim Museum Through March 23rd, 2016 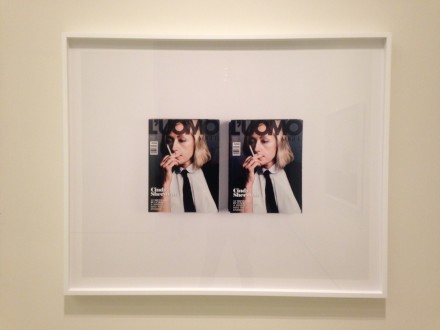 The Guggenheim’s Photo-Poetics: An Anthology, curated by Jennifer Blessing, senior photography curator at the museum, delves into methods utilized by artists to diverge from traditional notions of photography as a chronicle of tangible reality.  Such capturing of verité leaves the stage for investigation of process, material, and expression in works by ten contemporary photographers, spanning three floors at the museum’s side galleries, and guiding viewers through various sections containing selections of work by a single artist, among them Sara VanDerBeek, Erin Shirreff and Kathrin Sonntag to name a few. 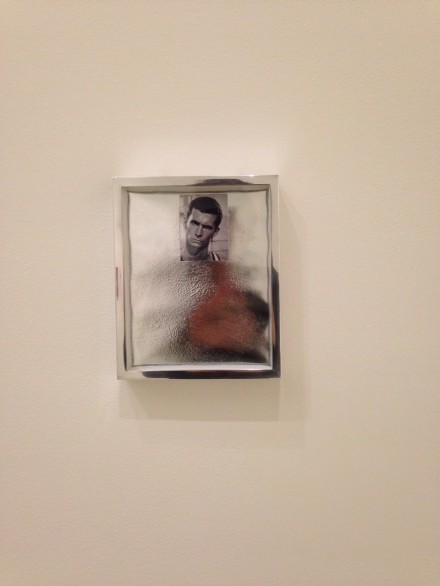 Revisiting photography for its performative and expressive capacities, the artists on-view scrutinize the dynamics of looking and being looked at, inherent components of the photographic ritual in both execution and exhibition.  Pursuing studio practices often involving intrusions of computer technology, these artists manipulate technical and functional aspects of the medium. Under a conceptualist helm, artists including Moyra Davey and Elad Lassry approach their craft as vessels to further examine media cultures and its intricate web of embedded codes.  Consequently, direct or implicit patterns within these “captured realities” evolve into broader subjects and themes upon closer examination. 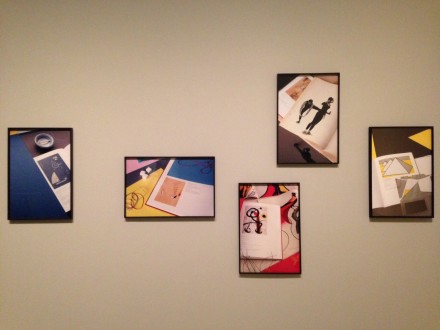 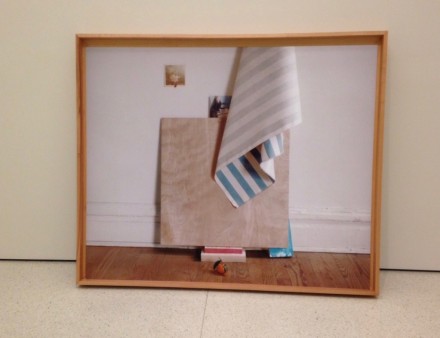 Complicating pre-assumed paths of depiction or technique in the wide medium of photography, the artists here still regard their subjective aesthetic visions as the backbone of photography.  Grasping the poetic as the title suggests, compositions made through rephotographing, arranging, cutting or collaging, illustrate the changing façades of the medium under the influence of interdisciplinary practices, often blurring strict distinctions in art-making or medium. 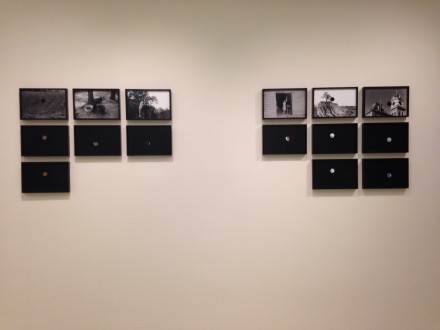 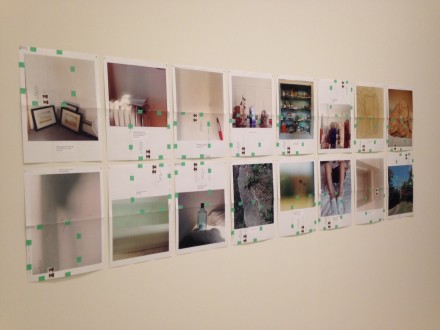 Anne Collier, renown for her appropriation-based style of recapturing various media images, for instance, claims photography as a platform to reconsider ingrained notions of the male gaze, or its female subject. Reinterpreting photos of iconic women such as Ingrid Bergman, or more ironically, the influential photographer Cindy Sherman (whose practice is a clear influence on many of the artists on view), Collier deconstructs the male gaze and the masculine tool that is the camera. 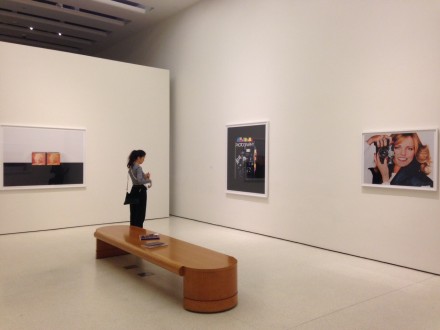 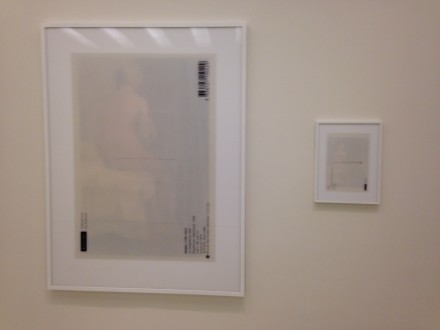 Similarly, Claudia Angelmaier, who pays homage to art history in her Works on Paper series, captures souvenir postcards sold at every museum store, arranging them backwards and compiling them into images which faintly reveal the famous artwork on the front due to light she exposes them to from below. Dictating and often challenging the finalization of photographic process and the notion of the completed work, paper is recoded here as a materialization of its own social codes, voyeuristic gazes and idealized landscapes.

New York: Photo-Poetics: An Anthology is on view at The Guggenheim through March 23, 2016. 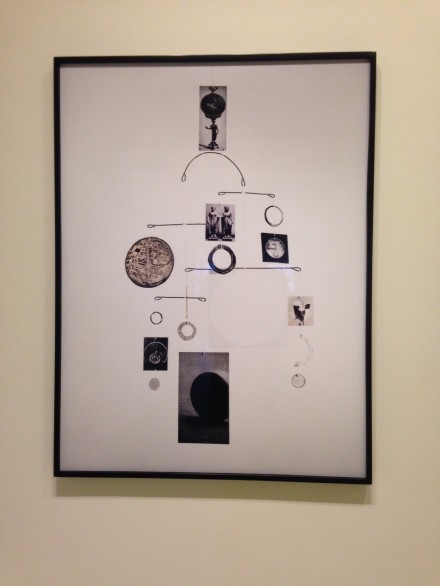 Sara VanDerBeek, From the Means of Reproduction (2007) 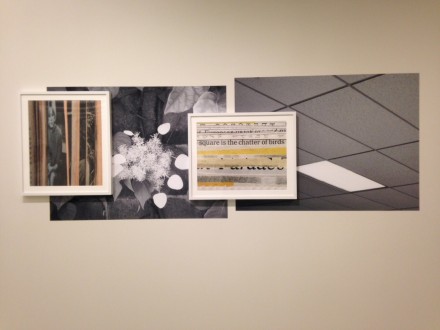 This entry was posted on Saturday, January 23rd, 2016 at 12:00 am and is filed under Art News, Featured Post, Show. You can follow any responses to this entry through the RSS 2.0 feed. You can leave a response, or trackback from your own site.

One Response to “New York: “Photo-Poetics: An Anthology” at The Guggenheim Museum Through March 23rd, 2016”