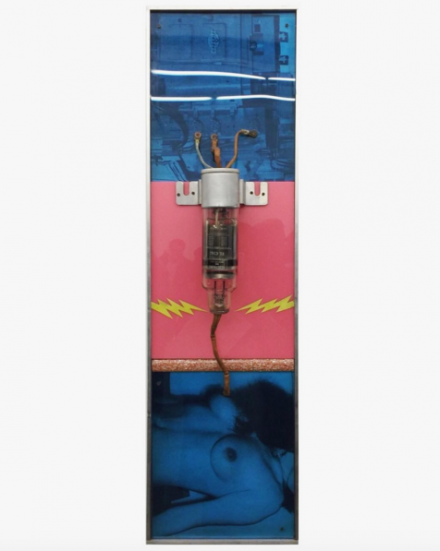 Robert Smithson, The Machine Taking a Wife (1964), via Rae Wang for Art Observed 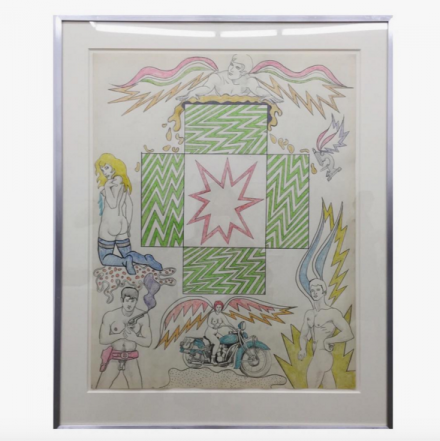 Smithson’s work in this series, currently on view at James Cohan Gallery on the Lower East Side, is a fascinating amalgamation of these elements, shifting in technique and hand in a manner that follows the fluid, endlessly creative processes of consumer culture.  Colors, materials and forms vacillate wildly from piece to piece.  In one, the artist combines a woman’s breast with a mechanical assemblage, with a single wire connecting the mechanism with more images of machines, a sexualized, mass imagery update on the reproductive metaphors Duchamp often applied to the diagrammatical compositions of his late career.  In others, the artist uses pin-up models, both male and female, adorned with flares and dripping gobs of colored pencil or appropriated photos or collaged material. 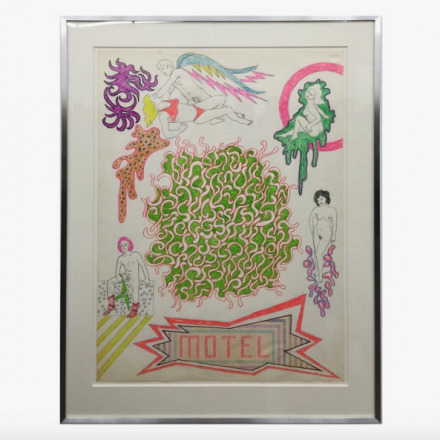 Throughout, the work’s fascination with sixties kitsch makes for a confounding interaction with the more counter-cultural elements depicted in his works.  For all the sexual content and subversive material that may have shocked viewers during their early showings, the pieces on view here are perhaps more notable in the present for their choice of adornment, often drawing on the loose, zooming hand and pastel-soaked color palette of commercial imagery from the era, as well as the now considerably dated textiles and flooring samples he often uses as his central compositional forms. 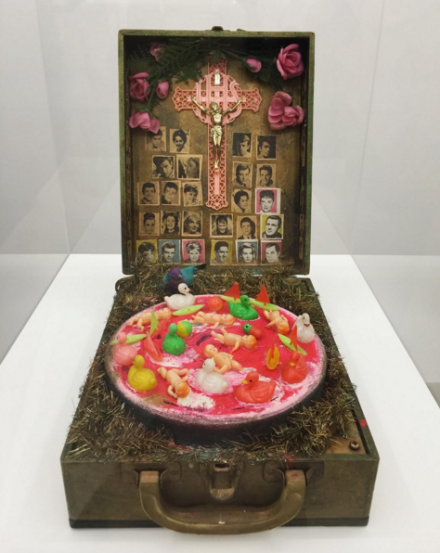 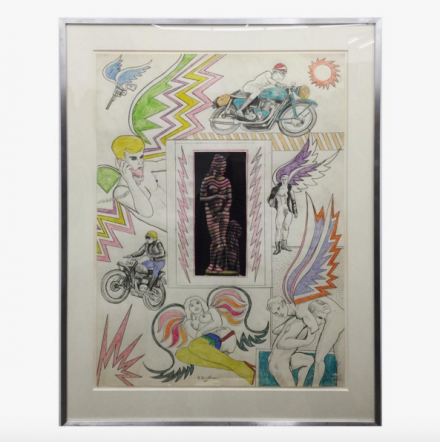 Taken in a historical sense, Smithson’s work is a striking interrogation of the early 1960’s from opposite ends of its imagistic output, a time when mass-market advertising and the pornography industry were coupled together with the increasingly powerful technologies of network television and its own image distribution networks.  While many of his compatriots during the era focused on single elements or articles of this increased distribution of the commercial image, Smithson’s Pop seems more interested in the proliferation itself, a fusion of symbols, forms and concrete structures that are ultimately part of the same assemblage of modernity.

Pop is on view through January 17th. 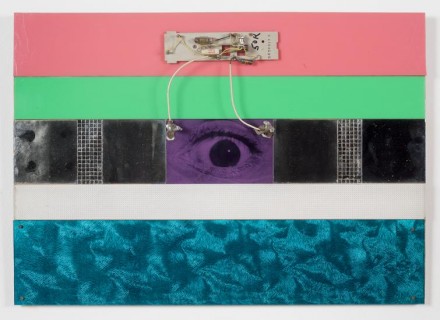 This entry was posted on Wednesday, January 6th, 2016 at 12:00 am and is filed under Art News, Featured Post, Show. You can follow any responses to this entry through the RSS 2.0 feed. You can leave a response, or trackback from your own site.