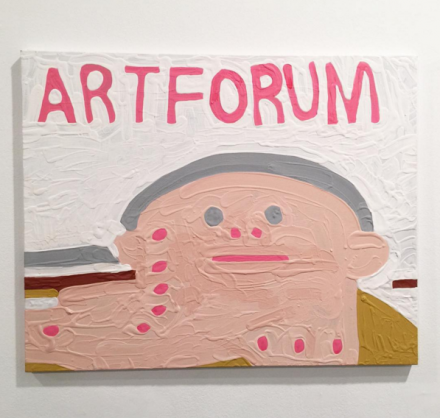 The White Columns Annual returns to the non-profit space’s West Village grounds this week, kicking the new year off with another exhibition examining the subtle threads and networks of the art world in New York and abroad through the perspective of a single voice.  Each year, the exhibition, celebrating its landmark tenth year this month, offers the position to an art world figure, whether it be a gallerist, writer, or curator, to summarize the past year in a single exhibition, often with the end result being a show that spans a diverse group of practitioners usually separated by context, art world hierarchies or other influences. 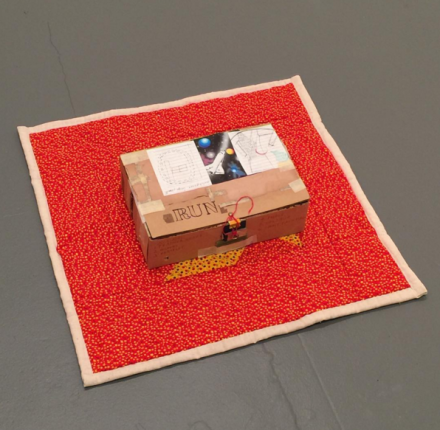 For its tenth anniversary, the Annual turns back to its Director and Chief Curator Matthew Higgs, who also launched the event in 2006 with his selection of works.  The show, fittingly enough, seems to come full circle not only in the context of its yearly recurrence, but also in a ten-year cycle.  Reflecting back on the year and on the full span of the event since its inception, Higgs’s selections tie themselves to the history of the Annual, even in their more obtuse moments, with works spanning more than thirty years. 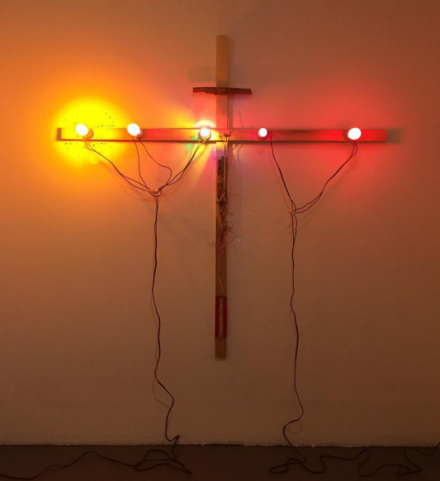 If there’s an undercurrent to be traced throughout the show, its a lean towards more immediate techniques and executions, works that give the impression of hasty construction or approaches to automatic creation that incorporate sudden inflections and actions into the work, often leaving gaps and breaks in the work’s execution.  One of Kevin Beasley’s patch-work domes, showing off the jagged, stitched together construction of its gentle curve, plays against Justin Adian’s cut canvas and foam pieces on the opposite corner of the main room, each subverting easy distinctions of craft while seeming playfully aloof.  A cut-wood Sadie Laska nearby, tracing the human form in comically distended dimensions, also works a similar effect, greeting viewers at the door. 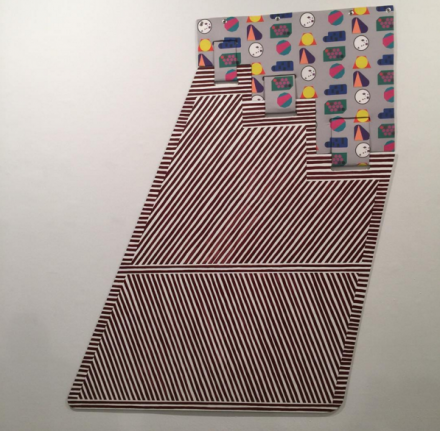 It’s a show that seems to focus more on public effect than a unified theme, yet this sense of irreverence each work seems to show towards itself, makes them all team players in the final presentation.  A loose Marlon Mullen painting, hysterically rendering a bloated human form on the cover of Artforum, for instance, is a fitting counter to John Giorno’s EVERYONE GETS LIGHTER, playfully exchanging barbs with each other and the art world signifiers they play off.  In another room, the jigsaw cardboard sculpture of Nancy Shaver gels fantastically with Birdie Lusch’s glass, wire and acrylic pieces, and the nearby Christopher Knowles works, which take a similarly omnivorous approach to the painterly craft, quickly rendering accumulations of streetlights, ladders, and in even colorful orbs.

Throughout the selections, these touches of the historical nudge against the work of young artists, or underscore the subtle threads and connections that link the New York art world across generations.  The rudimentary crucifix of downtown stalwart Alan Vega, for instance, which is afforded a contemplative back room space, feels right at home among artists half his age, lyrically compiling street trash, simple circuitry and lamps in a manner that feels like a fascinating echo of Beasley’s sculpture, which sits just on the other side of the room. 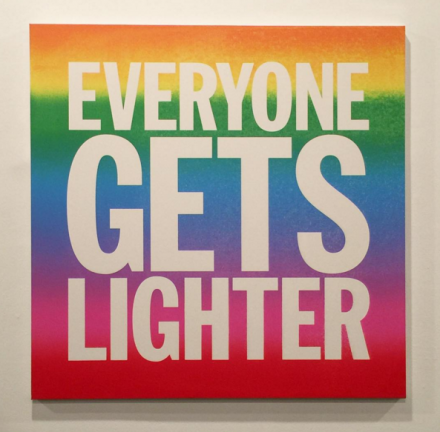 John Giorno, EVERYONE GETS LIGHTER (2015), via Rae Wang for Art Observed

This exchange is what makes the Annual such a fascinating point, a moment to consider the progression of New York’s art world not merely from year to year, but over the course of decades.  Here, Higgs does that exceptionally, and emphasizes, yet again, that the more things change, the more they remain the same. 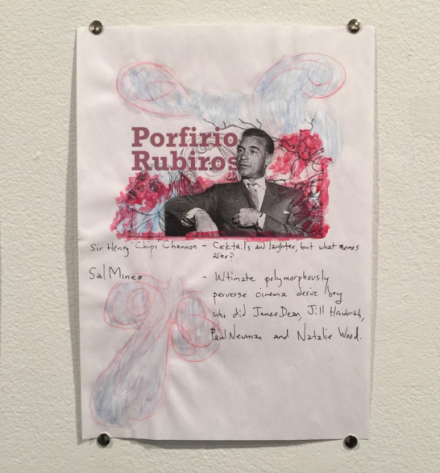 This entry was posted on Saturday, January 16th, 2016 at 11:58 pm and is filed under Art News, Featured Post, Show. You can follow any responses to this entry through the RSS 2.0 feed. You can leave a response, or trackback from your own site.