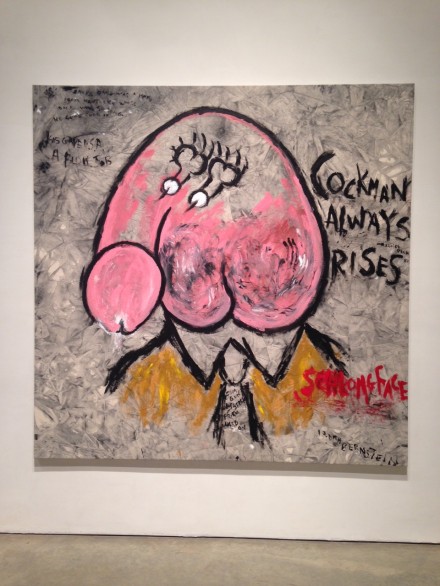 Seminal New York painter Judith Bernstein is the subject of a solo exhibition, titled Dicks of Death, currently on at Mary Boone Gallery, shortly after her 2015 exhibition Voyeur at the gallery’s midtown location.  Subverting the fixations of male chauvinism and patriarchal discourse that have deep-seated roots in public realm, including an art community that ostensibly has an equitable façade, Bernstein emerged in the late ‘60s alongside a group of female artists who raised their defiant voices against subtly pervasive misogyny. 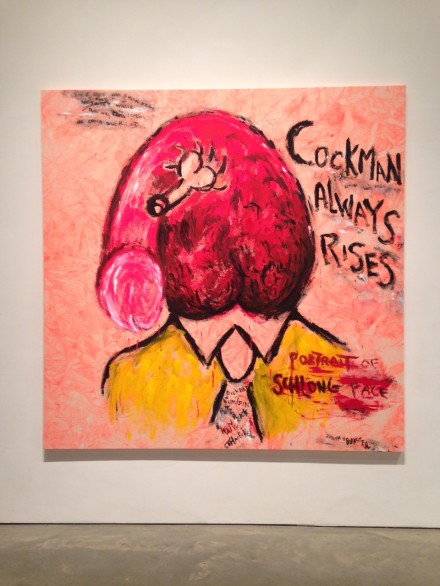 The exhibition has a unique focus on delivering Bernstein’s new body of work alongside a selection of historic pieces from the ‘60s and ‘70s, when politics related to the civilian body were making headlines, especially in relation to the protests over the Vietnam War and the resultant force expended on the populace.  Viewing Bernstein’s large-scale paintings, one finds it challenging to distinguish between her older and current works, both in style and content.  Signifying the artist’s decades of resilient and enduring practice, this note additionally affirms how little progression has been made regarding the issues Bernstein has been tackling, even if the scenes and players have changed. 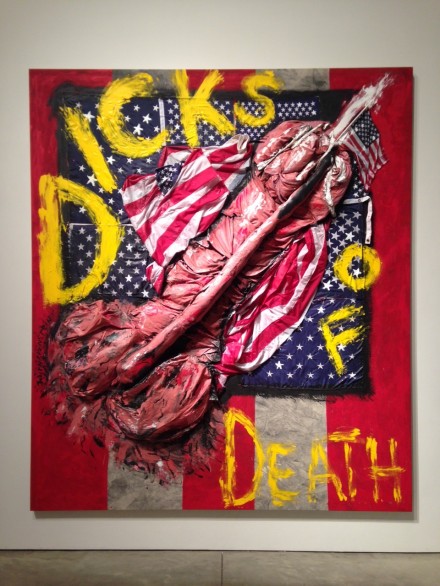 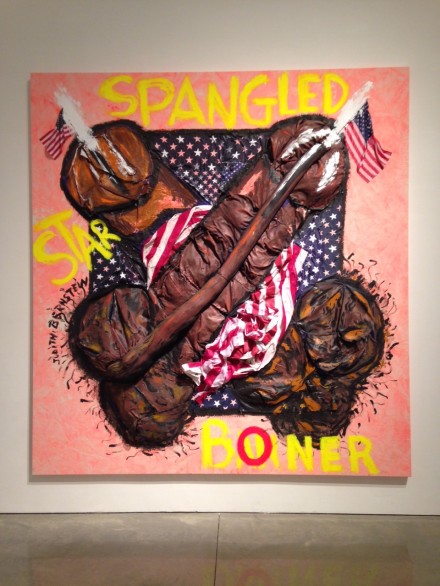 Mining the long history of male supremacy and its most excruciating effects on humanity, from global politics to social injustice to the maldistribution of opportunities, the artist expels an excessive surge of machismo, cemented in a range of public sites from military bases to the bathrooms at Yale, where she as an MFA student stumbled upon the graffiti that inspired her Cockman series.  Cockman Always Rises Orange and Cockman Always Rises Gray, two almost identical paintings in distinctive color spectrums, are the newest pieces from this series, in which Bernstein ridicules stereotypical, power-driven corporate mentalities and its association with worldwide carnage. 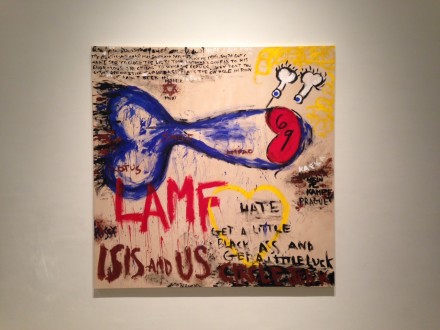 Also spanning an entire wall of the gallery’s spacious Chelsea location is an edition of Bernstein’s Screw Drawings, titled Seven Panel Horizontal.  Created using charcoal on paper, this sizable work is comprised of seven separate rolls, each suspended from midway up the wall to the ceiling. On each, a representation of an industrial screw, exceptionally phallic yet aesthetically intriguing, is executed, employing the common connotation of the word screw in daily jargon and internalizing the glorification of the phallus.

Challenging the notions of male sexuality as a powerful force, and replacing it with something of a cartoonish parody, Bernstein’s Dicks of Death is on view at Mary Boone Gallery through February 27, 2016. 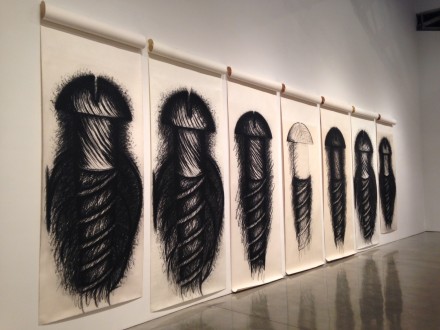 This entry was posted on Monday, February 15th, 2016 at 1:23 am and is filed under Show. You can follow any responses to this entry through the RSS 2.0 feed. You can leave a response, or trackback from your own site.