New York – Taryn Simon: “Paperwork and the Will of Capital” at Gagosian Gallery Through March 26th, 2016 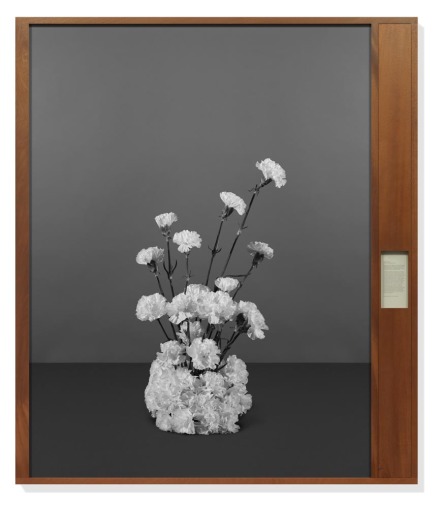 Last year at the Venice Biennale, Taryn Simon unveiled a body of new work under the title Paperwork and the Will of Capital, a selection of new photographs and assemblages documenting and photographing a series of bouquets that sat as centerpieces during the signing of various accords, treaties, and decrees worldwide.  Taking a subdued path through corporate and pop gestures, the work’s simple presentation and concept carries a strong conceptual punch, deconstructing the political grandeur of often oppressive regime decisions.  These works are now on view in New York, presented at Gagosian’s 24th Street Chelsea location. 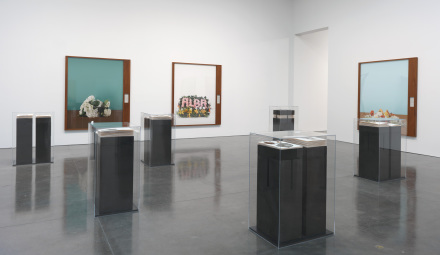 Simon’s work has long explored systemic linkages, political critiques that move along divergent lines of documentation and research to meet at a peculiar fusion of material and information, an investigation of content and its interconnected relationships with the surrounding political sources.  Placed before her lens, the material itself, imbued with all of its aesthetic considerations and material allure, seems inextricable from the political and social milieu in which they are employed or applied.  Her works in Paperwork are a self-reflexive turn on that notion, placing a single artifact for consideration, the ceremonial bouquet, with its own arrangement of symbolic flowers and plants as a sign of national accord, back into the context of the often terse contractual agreements that these flowers sat before.  Much in the same way that the bouquet itself is an aesthetically charged meeting point for political maneuvering, these works return the simple act of documentation to its broader context. 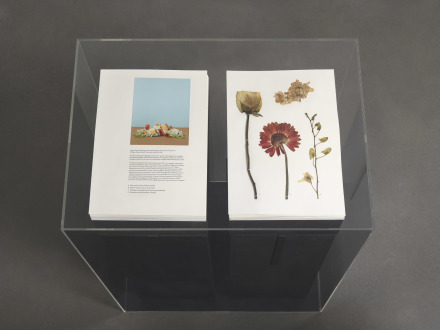 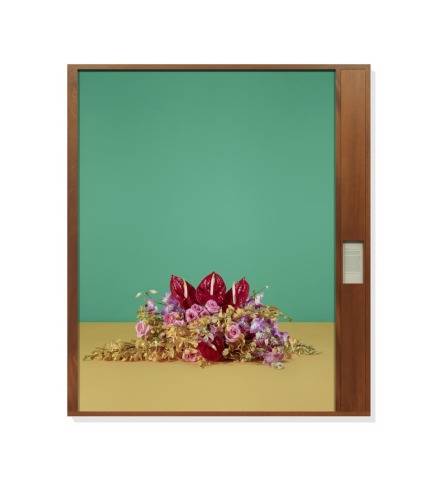 Taryn Simon, Memorandum of Understanding between the Royal Government of Cambodia and the Government of Australia Relating to the Settlement of Refugees in Cambodia. Ministry of Interior, Phnom Penh, Cambodia, September 26, 2014, Paperwork and the Will of Capital (2015), © Taryn Simon. Courtesy Gagosian Gallery.

By contrast, the composition of these photos, shot in flat lighting against equally generic pastel hues, makes for a potent comment on the bland, almost lifeless bouquet itself.  As an object included for decorative capacity that does little, aside from amplify a certain sense of gravity in negotiation proceedings, its lack of visual context leaves its role quite nakedly exposed, while the written summary beside each image transmits the immediate political and social impacts of its corresponding decisions. 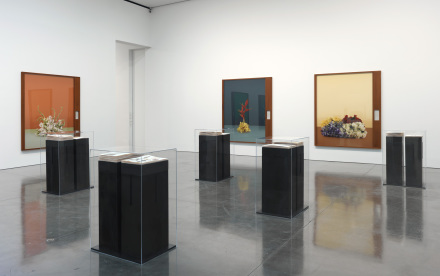 Simon in her work seems to understand the delicate linkages of the political and aesthetic, but also how these relate in turn to notions of the banal, the material, and their use of artistic gesture as a mode of presentation and public relations.  Here, she presents a creativity perverted, an aesthetic sensibility complicit in decisions of war, social manipulation and destruction.  When asked to answer for their role in these decisions, the aesthetic object, the bouquet itself, is unable to offer any sort of response.

Paperwork and the Will of Capital closes March 26th. 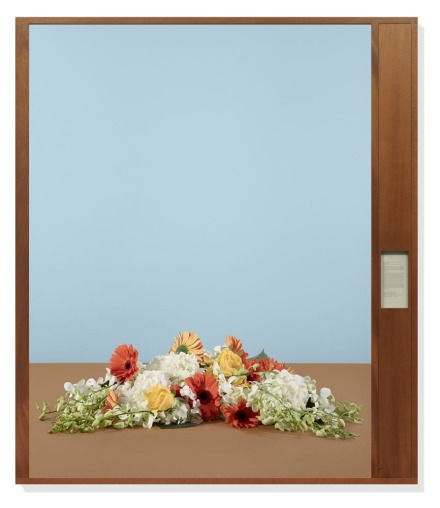 Read more:
Taryn Simon: Paperwork and the Will of Capital [Gagosian]

This entry was posted on Thursday, March 24th, 2016 at 11:16 pm and is filed under Art News, Featured Post, Show. You can follow any responses to this entry through the RSS 2.0 feed. You can leave a response, or trackback from your own site.