New York – Fischli/Weiss: “How to Work Better” at The Guggenheim Museum Through April 27th, 2016 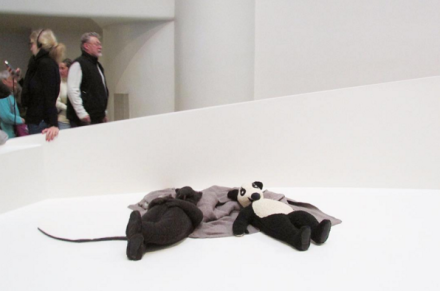 The Guggenheim has opened its doors to Swiss collaborative Fischli/Weiss for the retrospective show How to Work Better, exploring the pair’s lighthearted, often satirical manipulations of reality and art history through their unique modes of creation.

The show frequently returns to the questions of information and space, particularly vectors of movement and understanding, with the artist’s particular interests in the practice and exhibition of fine art taking center stage.  Their work frequently addresses the gallery and museum as archive, as worksite, and in their most recent pieces on view, as time suspended.  Elsewhere, the question of productivity itself falls into their scope, particularly with their filmic works like The Least Resistance, a series of cartoonish quests by the artist’s cartoonish mascot alter-egos Ray and Bear to achieve fame and success, which ultimate yields a guide called Order and Cleanliness.  The text, filled with diagrams seeking to compile and organize the motivating forces of the universe, harnessed in the pursuit of productive working organizations. 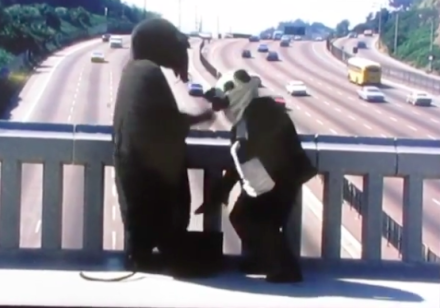 This sense of ceaseless production sits at the core of much of the artist’s work, as the artist’s technical approach mediates the forms and arrangements of everyday materials and forces.  Works present themselves as having been realized quickly or rapidly, and are countered in the scale and quantity of their presence, as if the artist’s had sought a relentless style of making that follows the modes of commodity production.  This note undergirds much of the show, as if the duo were pursuing the sense of a corporatized fragmentation of the body, or reality itself.  Their ceaseless appetite for incorporating objects into the sphere of art equally reduces their selections to a comical parody of the original concept or object.  With their Walls, Corners and Tubes series, their reductive realization of such bland forms becomes increasingly comical through repetition and quantity, yet also underscore a mode of working that seeks to rework these concepts within their own set of object and commodity relations. 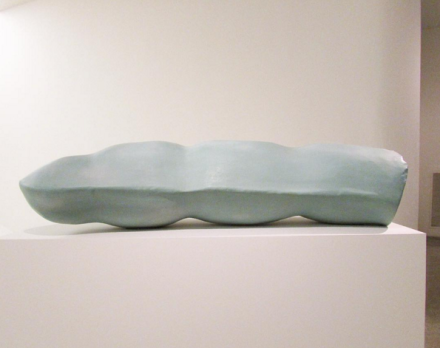 Their works, taking categorically broad strokes and adopting ambitious project scopes, are often countered by their inevitable incompleteness or mundane repetition.  The clay sculptures of Suddenly This Overview, or their airport photographs are doomed to fall short of their ambitious documentary scope, and in turn, make a parody of their own approach.  Yet the artists commit themselves to each project with a certain degree of conviction, and adopt modes of practice in each that afford them a rapid scale of production.  Their clay sculptures frequently appear as slapdash or quickly executed, with the few exceptions (a rocket ship taking off from a launch pad, complete with a smoothly planed vessel) leaving a lasting impression. 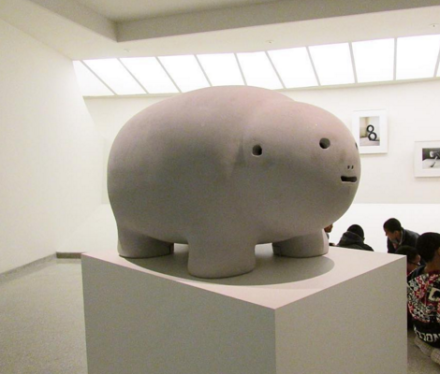 Enamored with the dissonance between speed and quality, context and content, Fischli/Weiss’s work at the Guggenheim is ambitiously incomplete, perhaps as a rule, implying that there is ample work still to be done.  Yet their final series of works, sculptures of incomplete arrangements and selections of objects (cleaning products, wooden fragments, sawhorses, etc.), produced as readymades that propose a perpetually extended space of production, works that avoid a notion of full realization by their associations to other work and creation.  That the works stand as some of the duo’s last, made shortly before David Weiss passed away, make their incomplete nature all the more resonant, as if both artists understood just how much more work had to be done. 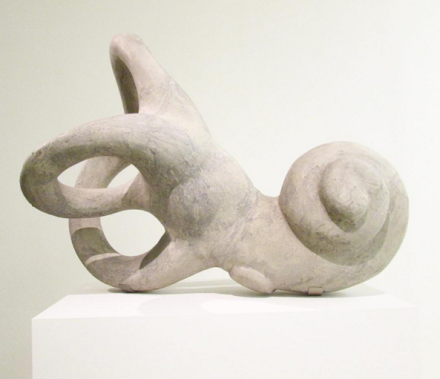 This entry was posted on Monday, April 18th, 2016 at 1:42 am and is filed under Art News, Featured Post, Show. You can follow any responses to this entry through the RSS 2.0 feed. You can leave a response, or trackback from your own site.