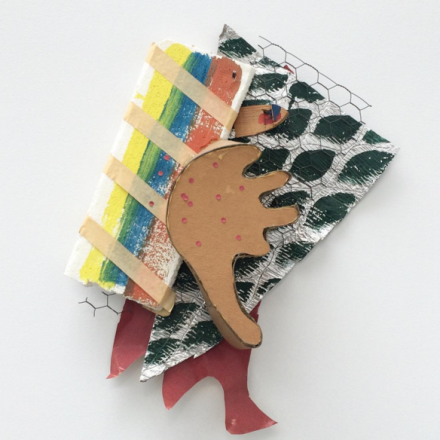 If there’s one thing to be said for Richard Tuttle’s work, there’s at least 26.  That’s the argument Pace Gallery is making with its newest exhibition of the artist’s work, which compiles 26 works from his 50-year career into a single gallery show, offering a unique opportunity to re-evaluate both Tuttle’s continuous and consistent output alongside his focused approach to art-making. 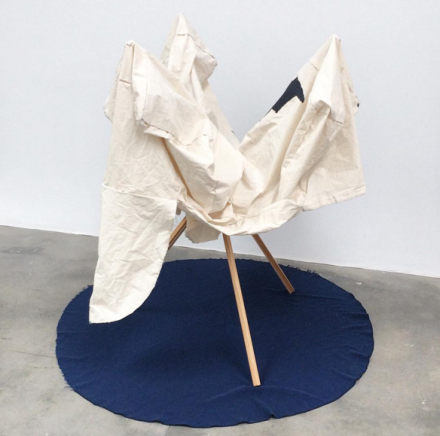 The show takes great care in working through each stage of Tuttle’s work, from impressive, large-scale sculpture to the most minuscule and minimal of his operations.  Works range from small fragments of plywood, lightly adorned with paint, to the most intricate of his sculptural pieces, each time investigating his interests in constructed relations and interactions of elements in their most focused, minimal states. 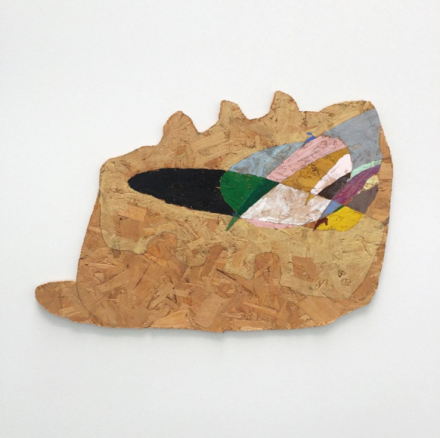 What’s perhaps most interesting in Tuttle’s exhibition is its tireless insistence on his systematic approaches to both making and viewing his works.  Individual materials, single works, and entire eras of artistic production are here isolated and turned into compositional elements, applied to the space with an approach that ties both Tuttle’s own artistic evolution and his continued explorations in scale and spatial relations into the fabric of the exhibition itself.  One can move freely and easily from pieces at the early points of his career, color field and shaped canvases, on through to his most abstracted series of object pairings like System IX from 2012.  At the same time, one can equally trace Tuttle’s work through the range of business and gallery relations he cultivated over the course of his career, from the Betty Parsons Gallery and the Blumhelman Warehouse, to Sperone Westwater and Pace, each time undergirding Tuttle’s work and its focus as the artist moves through each decade. 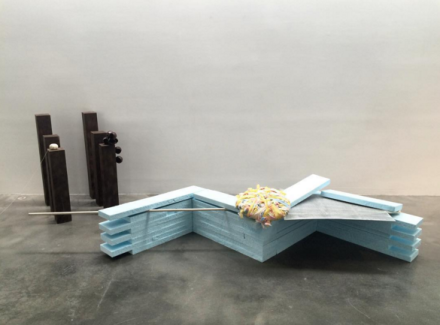 In this approach, one can see an almost physical deconstruction of the artistic sphere.  Tuttle literally removes the fabric from the stretcher and places it into broader worlds of copper, tin, wire, fabric, and even fur, not to mention paint itself, which continually reappears in a deprioritized form.  Functioning in an abstract space between painting and sculpture, Tuttle’s pieces emphasize arrangement over formal selection, and by turns allows choices of addition or subtraction of parts to co-exist alongside the manipulation of any one approach or form.  At the same time, these pieces remain internally consistent, rarely pushing beyond the understanding of a single work and into the broader, more loosely established form of the installation.  It’s noteworthy, in this sense, to consider the numbering system deployed in the space, and the inversions Tuttle makes in ordering the works, as if to underscore the deliberate manipulation of ordered systems in his presentation, and his utilization of linguistic order to generate his aesthetic situations. 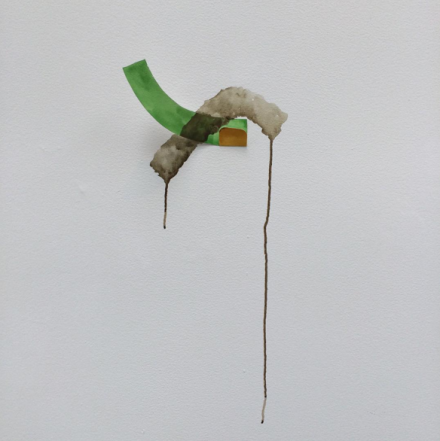 Nevertheless, Tuttle’s work succeeds in presenting something of a single, unbroken thread throughout the show, albeit one twisted through his own interpretive arrangements.  Throughout, one detects a honed sense of economics, of objects suspended in a relationship that creates a new whole, yet rarely sacrifices their own materiality in the process, making for a nearly endless investigation into the connections of each element.  Stepping back to the view the exhibition, this same sensibility is present in Tuttle’s own creative growth over 50 years, a point that makes the show so intricate in execution, and so endlessly compelling to view.

This entry was posted on Thursday, May 19th, 2016 at 12:00 am and is filed under Art News, Featured Post, Show. You can follow any responses to this entry through the RSS 2.0 feed. You can leave a response, or trackback from your own site.