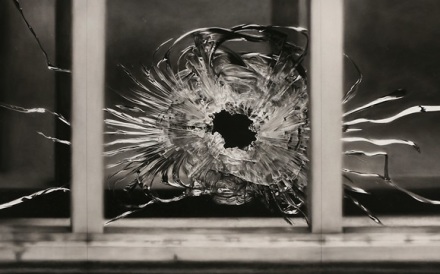 Now through May 22nd, 2016, Galerie Thaddaeus Ropac in Paris is hosting Luminous Discontent, an exhibition of new work by American artist Robert Longo. Spanning three floors of the gallery’s Marais exhibition space, Longo is presenting a series of large-scale charcoal drawings and sculpture, constructed by the artist specifically for this space. This new work follows from Longo’s production of large-scale monochromatic, photorealist compositions, engaging with historical and political themes in new ways.

Longo is known for his powerfully affective pieces, which typically embody emotional or physical extremes through a muted, monochromatic scale.  Born in 1953 in Brooklyn, he possessed a childhood fascination with film, which remains perceptible in many of his cinematic pieces. Though he trained as a sculptor, Longo has focused on drawing as his primary medium, and continues to work in the format, often utilizing historical investigation and cultural events to construct or elaborate on political and ideological questions or situations. 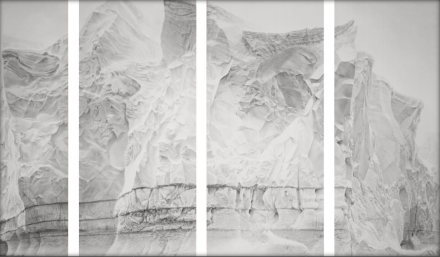 Longo is best known for his seminal Men in the Cities series, completed between the years of 1979 and 1982. In this series, the artist forged a method of treating illustration like sculpture that has characterized his process ever since. Photographs of men and women contorting against sidewalks or collapsing backwards were enlarged, and then meticulously drawn by hand.  These images reveal an interest in the cinematic properties of drawing and stretching the technical process of producing an image.  A monochromatic, formal and muted quality that distinguishes ‘Men in the Cities’ resonates in the works on-view in Luminous Discontent.

The works included reflect at once a solemn introspection and the artist’s conversation with a wide range of historical influences, from Beethoven to Van Gogh.  Particularly interesting is a new series of X-rays of paintings by the Old Masters, on view on the gallery’s first floor. Longo creates, through this series, an homage and forensic investigation into the anatomy of these classic works, reproducing the imagery of their own scientific analysis.  The material quality the work is revealed, from the degradation of the paint over time to the nails hammered into the canvas, while remaining suspended simultaneously in its new medium, a visceral meditation on the material and spiritual stakes of the aging work of art. 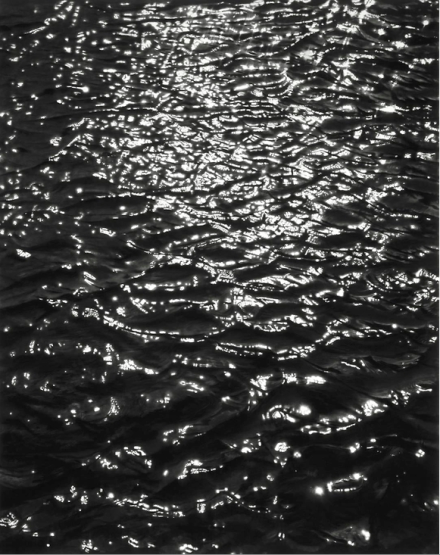 Taken as a whole, Luminous Discontent captures Longo’s sensitivity to the aesthetic and political purchase of the image, and his resulting emphasis on converging material and physical potentials for working through a mixture of photography and drawing speaks to the artist’s sculptural training, as if suspending his process in time as one might craft an object in space.  This exhibition is both abstract and rigorously concrete: parallel images of a massive cracked iceberg and a bullet hole in a plate glass window evoke violence and uncertainty of the present moment, while barely-visible words from one of Beethoven’s unsent love letters speak to the precariousness of history.  Throughout, Longo’s work undoubtedly contains the “collision of epic images” its press release claims to produce. 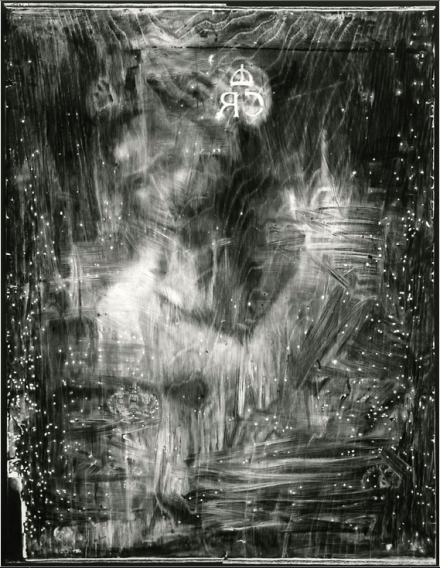 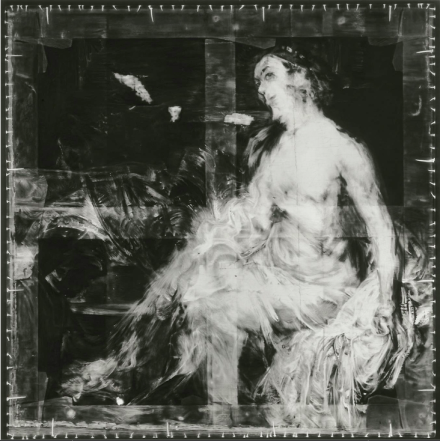 This entry was posted on Wednesday, May 18th, 2016 at 12:00 am and is filed under Art News, Featured Post, Show. You can follow any responses to this entry through the RSS 2.0 feed. You can leave a response, or trackback from your own site.