Berlin – Claire Fontaine: “May Our Enemies Not Prosper” at Galerie Neu Through July 15th, 2016 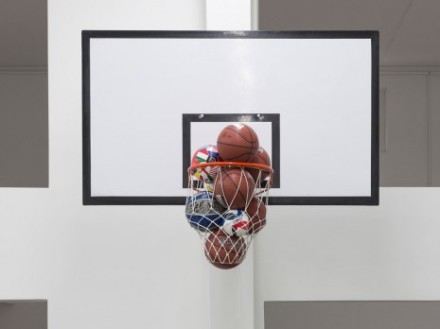 Working along a similar thread as Reena Spaulings (a faceless project by several Bernadette Corporation collaborators), the French “artist”/collaborative Claire Fontaine works at the margins of the 20th Century’s most iconic artistic modes: readymades, monochromes, and perhaps more broadly, the studio artist-assistant relationship itself.  Throughout each of its formats, the group delves into the space of production for the artist in modern society, a field plagued by contradictions, imbalances of power, and capitalist tendencies that they seek to outline while operating within them. 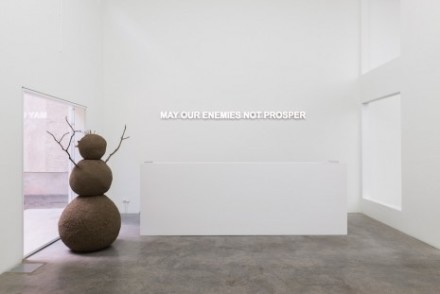 Claire Fontaine, May Our Enemies Not Prosper (Installation View), via Galerie Neu

This is the field of relations that defines Claire Fontaine’s current exhibition at Berlin’s Galerie Neu, a show that combines violent signifiers with social themes revolving around refugee crises, wealth consolidation and violence and echoed in the objects of modern society.  Barbed wire, security paint, and defensive structures are presented as sculptural or painterly material, creating surreal landscapes within the gallery space that underscore the relations of mainstream pop to nationalist power consolidation, social conflict, and the production of identity.  In one corner, a basketball hoop, filled with basketballs colored with various flags and logos hints at a bizarre fusion of migration crisis (a flooded system unable to function), and sport culture, while a stained snowman sculpture in another corner points towards a domestic idyll degraded by pollution. 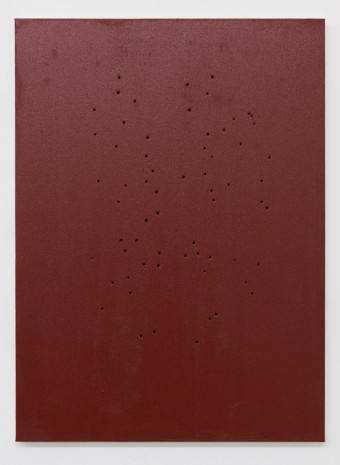 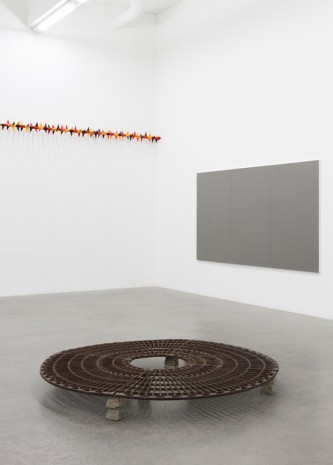 Claire Fontaine, May Our Enemies Not Prosper (Installation View), via Galerie Neu

Throughout, each object plays on its role both as a fusion of signifiers, and as an art object in its own right, strongly demonstrated by the group’s ongoing series of monochrome paintings.  Realized with paint that stays wet and slippery, used to deter those trying to climb over walls or pass by secure areas, the artists effectively weaponize their canvases, turning the work itself into an object defended from outside forces, a commodity that marks itself as oppositional to a careless visitor. 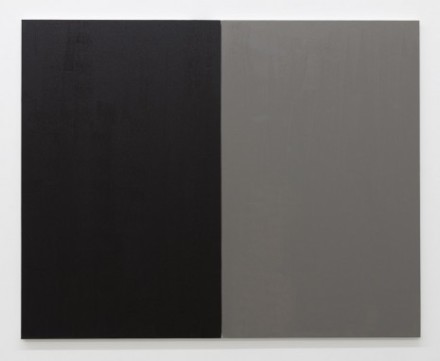 Because, as the group seems to understand, and vocalizes quite readily in their exhibition press materials, the spirit of conceptual subversion and intellectual uprising that stems in part from the French intellectual tradition (explicitly with the Situationists and implicitly throughout the Century), has long been relegated in part to the field of capitalist production.  Theirs is an act of protest already bounded by its failure, yet equally informed by an understanding of that exchange.  Their materials weave in and out of use values, cultural antagonisms and intellectual exchange, yet always emphasize these materials’s acts of dispossession, of the continued commoditization and consolidation of wealth that further pits the dispossessed against each other. 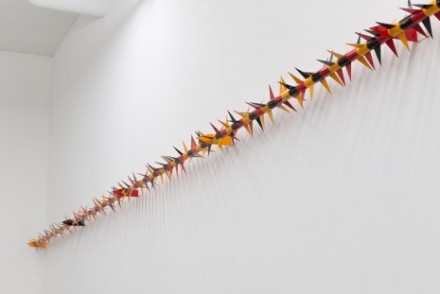 Presented here, the work relies most plainly on this absence of visible struggle, or perhaps an absence of clearly seen use values.  Stripped from their context, turned into commodities for purchase, the works on view are merely signifiers of the struggle going on outside the gallery, and perhaps everywhere but this space.  It is in this absence that modernity is most audibly felt, where the lifeless materials rendered and repositioned here speak loudest for the least visible of their human counterparts.

The exhibition is on view through July 15th. 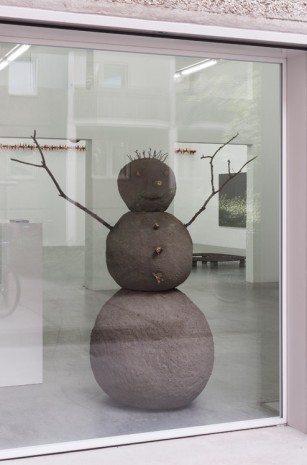 This entry was posted on Wednesday, July 13th, 2016 at 12:00 am and is filed under Art News, Featured Post, Show. You can follow any responses to this entry through the RSS 2.0 feed. You can leave a response, or trackback from your own site.