Few artists have served as such fervent and enigmatic documentarians of the modern landscape as Wolfgang Tillmans, the German-born, London-based photographer who mixes astute and often empathetic images of nightlife and youth culture alongside his more exploratory projects, mixing natural photos, landscapes, and even surreal images of technological innovations, massive building projects, or the iconography of international commerce.  For his current exhibition at Maureen Paley in London, Tillmans has allowed each of these elements to take their moment in the spotlight, creating an expansive catalog of works that feels remarkably perceptive in the context of current events. 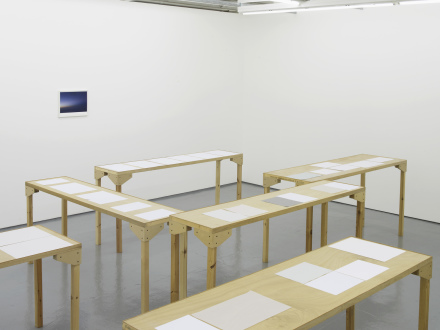 Tillmans images here are as much about the technological means of their reproduction as they are concerned with the scene itself.  Both industrial ephemera (pneumatic pumps, tubing, desktop computers and electrical systems) are paralleled with close-cropped shots of plant structures, trees, and other natural scenes.  Here, the Atlantic Ocean takes a prominent position at the center of the show, captured in a body of photographs in all of its roiling, churning power.  In each, the exacting eye of the digital camera serves as the subtle, yet persistent thread unifying the works on view.  Tillmans photographs are testaments not only to the scenery of the 21st Century, but to the technical developments that leave them writ large across the walls of the gallery. 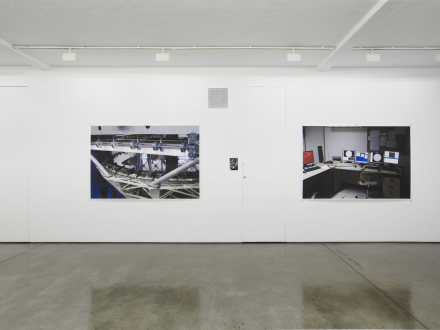 For Tillmans, the act of seeing plays a central role in his practice.  The act of capturing the image seems less essential in his almost relentless documentation of his surroundings than the effects of this documentation.  Using the camera’s impressive capacities to render minute detail, Tillmans creates works that echo his own eye as an artist, accelerated through the power of the digital.  This emphasis on the medium itself is echoed on the second floor of the exhibition space, where the artist has realized a new iteration of his ongoing truth study center project.  Spanning a series of stark industrial desks, Tillmans has installed a series of various blank papers, each sized based on the standard size of a piece of blank office paper in countries in Europe and North America.  Focusing on the medium itself, he underscores the variations in the formal language of capital, and how these relations often underscore the process of business correspondence and practice, even at a subtly tacit level. 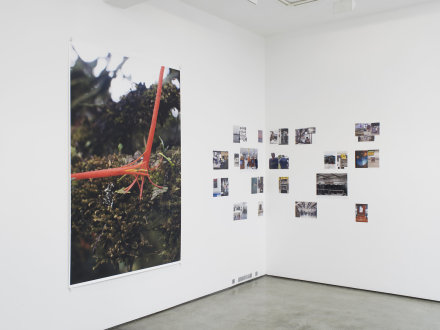 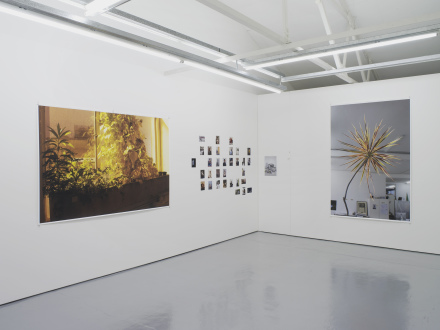 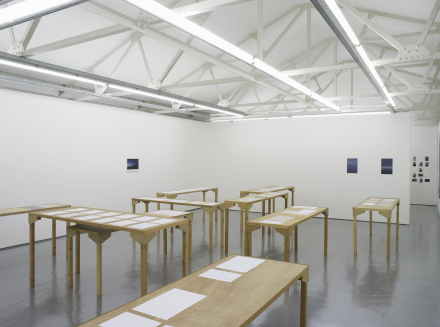 It’s an interesting point to consider in relation to Tillmans’s recent outspoken stance against the Brexit vote.  Directing his focus towards the abstracted language of commerce, a theme that can be traced throughout, Tillmans in turn seems to investigate the economic discrepancies and miscues of exchange that serve as an underlying force in such political maneuvering.  For the artist, the concept of information, communication and exchange seems bound up in the language of value and bureaucracy, participation and identity, notes that sound all the more dejectedly in the wake of the anti-Brexit campaign’s failure.

The exhibition is on view through July 30th. 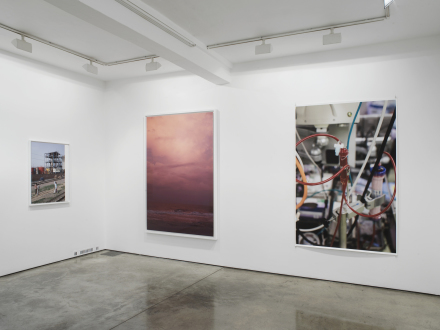 This entry was posted on Thursday, July 14th, 2016 at 3:36 pm and is filed under Art News, Auction Results, Featured Post. You can follow any responses to this entry through the RSS 2.0 feed. You can leave a response, or trackback from your own site.