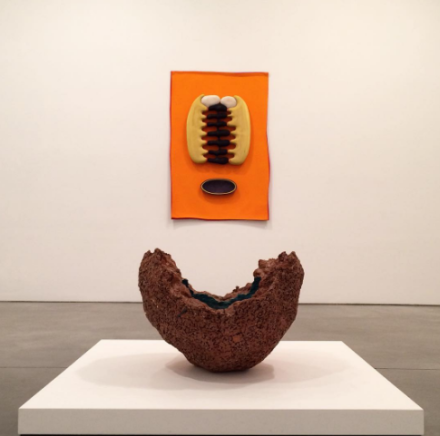 On paper, the list of artists for Andrea Rosen’s summer exhibition, Empirical Intuitive Absorption, may raise an eyebrow or two: Fernand Léger showing alongside Graham Marks, Matthew Ronay contrasted with Serge Charchoune, all underscored by Terry Riley’s swirling compositions.  Organized by Ronay, whose recent lecture at the Perez Museum in Miami inspired the exhibition, the show takes concepts of intuition and execution as two sides of the same coin, of the replication and creation of natural models through blind aesthetic representation. 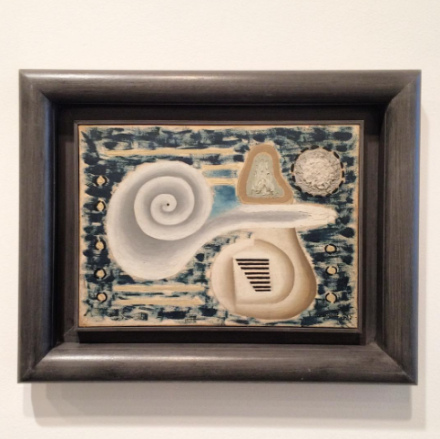 Ronay’s selections here draw on a study of the Dogon people of West Africa, a people whose symbology and creation myths often mirror much later research into the structures and models of string theory.  These symbolic elements seem to have emerged through a sort of unspoken awareness, he notes, as if its creators had bought them to life by a sixth sense.

Delving into specific historical contexts for his selected artists, Ronay’s work has resulted in a notably fluid show, one which unfolds across epochs and artistic visions to create a shared vision of a world beyond rote perception.  Throughout, explorations of resonant forms, vaguely natural curves and variants on natural imagery twist themselves into meditative, loping conversations.  Léger’s work, for instance, drives directly towards his material, uncovering jagged, almost cellular forms from foliage, fruit and other time-honored painterly subjects, while the nearby sculptures of Marks and Ronay seem to take similar interest in the construction of cells, viruses, and other microscopic forms.  Yet these artistic twists on what seem to be scientific subject matter equally offer a vision of a world not seen, one where existing knowledge and imagery contributes to a universe yet to be discovered.  Léger’s pieces, for instance, were inspired by hikes with architect Charlotte Perriand and microscopic imagery, yet push beyond this series of impressions, delving into the relation of the miniature to larger formal categories and relationships. 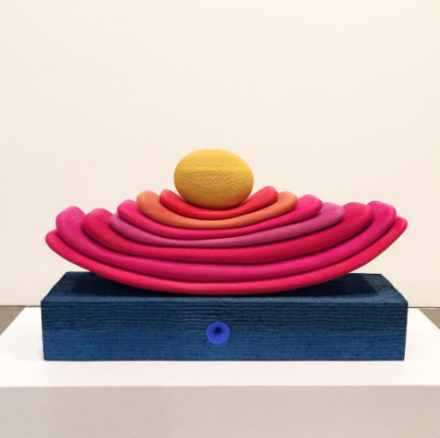 It’s equally striking to note the sense of a shared vitality that these works seem to contribute to, a vibrating exchange of atomic forms, of structural interplay and stray energies realized as formal models.  In one room, a trio of Ronay’s wall-mounted works, which take a distinctly natural structure and apply it towards a vividly colored, emphatically playful final form, hover above a Graham Marks work, a cracked orb that seems to have served as the origin for these outpourings of sculptural vivacity.  Combined with the bubbling sounds of Terry Riley playing close by, the room seems awash in cosmic power, a subtle model for an immense release of energy. 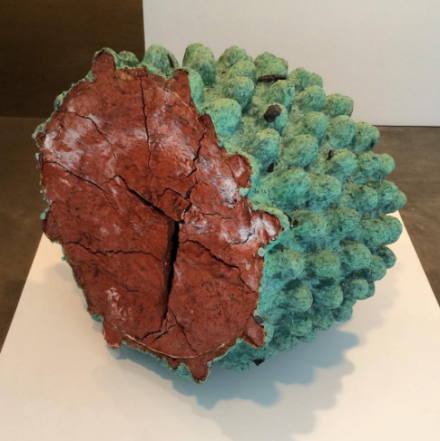 This sense of creation and understanding through microcosm creates one of the more engrossing exhibitions of the summer calendar, a self-contained universe where the artistic vision of today can only hint at a broader understanding of the world of tomorrow.

This entry was posted on Thursday, July 21st, 2016 at 12:00 pm and is filed under Art News, Featured Post, Show. You can follow any responses to this entry through the RSS 2.0 feed. You can leave a response, or trackback from your own site.