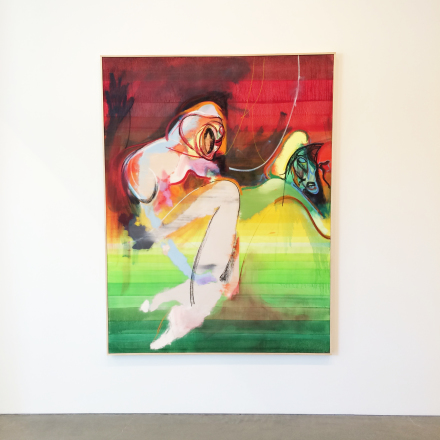 Regen Projects in Los Angeles has lowered the walls in its spacious Hollywood gallery for an impressively selected show of new works by German painter Daniel Richter, who brings his unique formal approach and interest in the twisting shapes of the human form  to bear on a series of colorful abstractions. 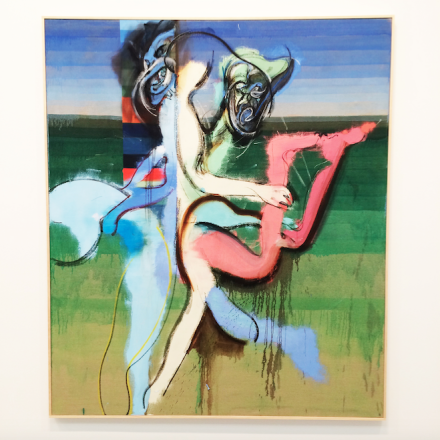 Daniel Richter, a competition in sensitivity (2016), via Art Observed

Often cited as part of a younger generation of German painters inheriting the mantle of the post-war generation, the 53-year old Richter’s work plays quite distinctly on the thought and practice of his forebears.  The slurred, vividly executed works that defined much of the abstractionist work of his era finds its own point of expression through Richter’s hand in distended bodies, sexually-charged poses and a distinctly humanist focus that defines his work in opposition to artists like Albert Oehlen, whose work often dwells on formal variations of image-making itself, or Martin Kippenberger, whose own sense of self often pervaded his work.  By contrast, Richter’s works feel more indebted to classical portraiture, capturing explicit poses and scenes, yet allowing his own vivid brushwork and gestural approach to operate as a mode of alteration, rupturing spatial logic and the body itself. 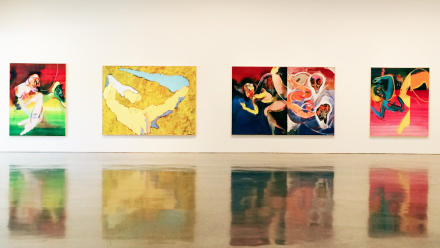 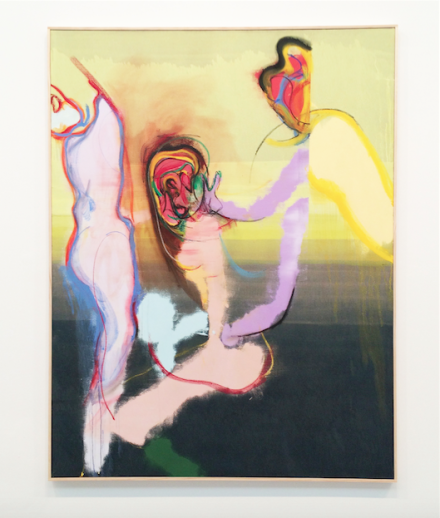 With this show, however, Richter has turned more towards a physical sense of violence on the canvas itself.  His works here favor a use of the palette knife as a tool in the work’s construction, slicing across layers of paint to realize broad strokes and blurry edges that give his work a striking sense of immediacy, tracing their physical marks across the work’s surface while allowing the artist a deeper range of emotion to each gesture.  Bodies are realized in great washes of paint, or divided up with Richter’s signature approach to figurative line, with color and form bleeding in and out of what should be the guiding lines of the underpainting.  With these new works, the palette knife’s movements lend his pieces a new vitality, as his already attentive arrangement of the work’s surface is provided new intensities. 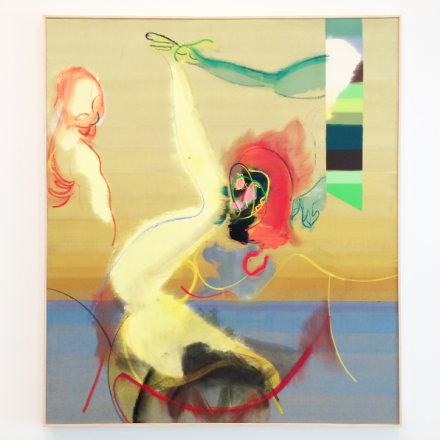 Yet the subject matter itself, vivid figures arranged in a series of erotic poses, equally seems to echo the artist’s increase in formal intensity.  The images, some of which appear to be lifted from pornographic materials, are bent and deconstructed through Richter’s new approach.  His models seem twisted and warped through the act of depiction, allowing what was already a quite prominent sexuality to move well past the figure itself and Richter’s rendering of it alone.  The energy of these works surges beyond the body, and out into the space in which it sits, complemented by the vivid lines and often jagged breaks in the consistency of the body.  It’s an approach to the human form that seems to incorporate the viewer’s own perception and desire in the viewing or creation of the image, as if the already ghostly, twisted forms were bound up in their own sexualization.

Wild Thing is on view through August 20th. 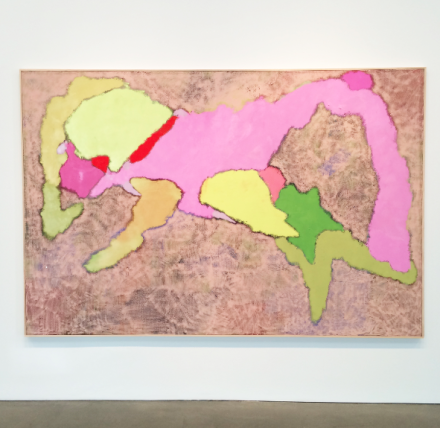 Daniel Richter, a big mistake, too late (2016), via Art Observed

This entry was posted on Monday, August 15th, 2016 at 12:00 pm and is filed under Art News, Featured Post, Show. You can follow any responses to this entry through the RSS 2.0 feed. You can leave a response, or trackback from your own site.