Home » Athens – Ai Weiwei at the Museum of Cycladic Art Through October 30th, 2016

Athens – Ai Weiwei at the Museum of Cycladic Art Through October 30th, 2016 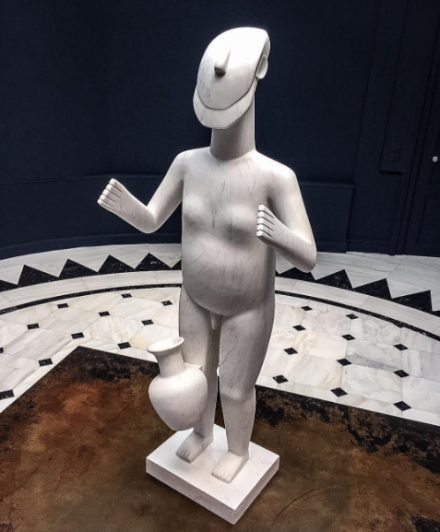 Turning his sense for political inequality and global human rights issues towards the Mediterranean’s current refugee crisis, Ai Weiwei has brought a body of both new works and recent pieces from the past ten years to Athens’s Museum of Cycladic Art, exploring a fruitful intersection of historical and current political contexts in conversation with the artist’s own personal history.  The exhibition, which marks both Ai’s first exhibition with an archeological museum context as well as his first in the nation of Greece, is a well-selected show, which takes direct aim at the Syrian refugee crisis while addressing the history of Greece in subtly powerful ways. 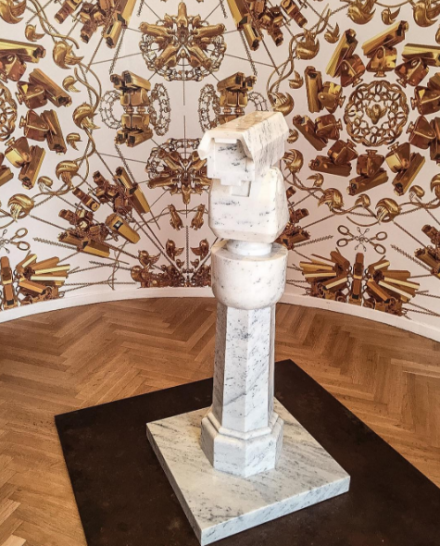 Ai’s work has taken explicit emphasis on the conditions for Syrian refugees in recent months, after the artist made several trips to the Greek island of Lesbos, where a camp for dispossessed Syrian nationals currently stands.  Struck by the living conditions and political undercurrents that have created overcrowding and barriers to repatriation for these refugees in Europe, the artist has since executed a number of works focused around their indeterminate political and national status, including massive installations of life vests, video works, photography, and a series of recolored flags from Greece and the EU, on view here, alongside one of the outline of Alan Kurdi, the young boy who drowned when his boat capsized shortly after leaving Turkey.  His repositioning of materials, in conjunction with this series of personal and political underpinnings, makes for a stark critique of the human cost involved in political maneuvering over refugee status. 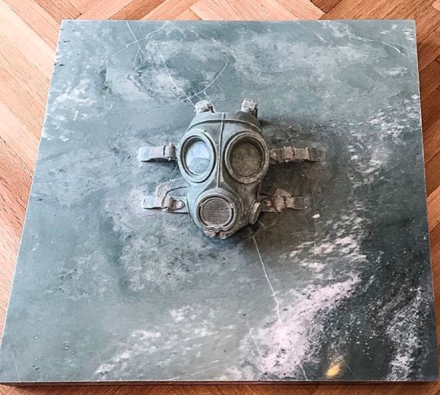 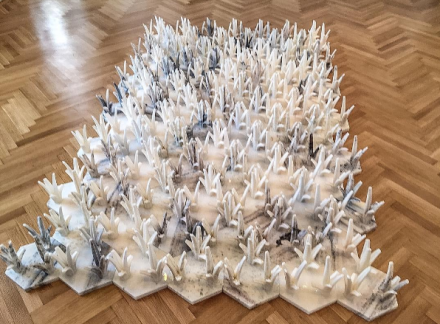 Yet Ai’s work on view here similarly explores his more traditional modes of practice, including recast modern objects utilizing material with deep historical resonances to their context and selection, even as it is applied towards similar contemporary situations.  For instance, the artist’s creation of a series of tires from black marble reference both his own work in using reclaimed objects as subject matter, while touching on the Greek nation’s own cultural history (in particular classical sculpture and architecture).   The tire, often used in lieu of a life preserver by escaping refugees, is placed in a space between elevated art object and signifier of human crisis, a point that is echoed throughout the show in a variety of modes.  Elsewhere, Ai has erected a marble security camera on a plinth, hinting again at Greek’s long history and influence of sculpture on the Western canon, in connection with the West’s rigid border security to prevent the unauthorized entry of those fleeing war in the Middle East. 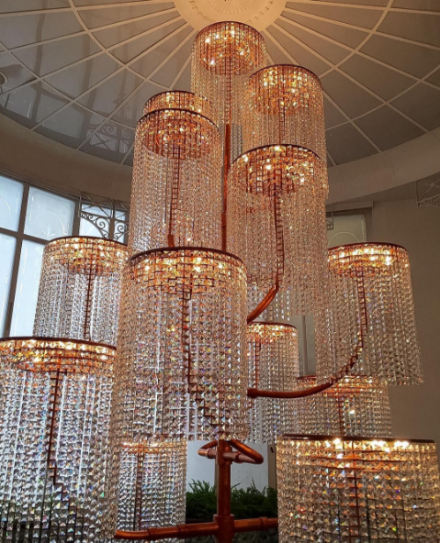 The artist equally contends with his own artistic practice and history in relation to the museum.  One piece, Standing Figure, poses a version of the artist’s own performance Dropping a Han Dynasty Urn, a classic work of iconoclastic irreverence to history.  Casting himself in the historical context of the Syros phase of the Early Cycladic period of Greek art, his work becomes a direct link between the museum itself, its historical subject, and the culture he responds to today.  The work is something of an anchor, underlining an artist’s response that addresses both the deep time of the nation and the modern era.  There will be no difference between the Ai Weiwei of China and of Greece, he seems to emphasize, carrying his ferocious critical energy to a new locale. 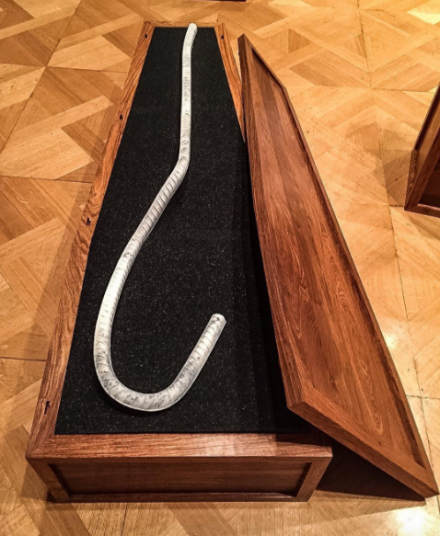 These notes are ultimately what gives Ai Weiwei’s show such a particularly strong critical voice, showcasing his impeccable ability to exploit a situation’s unique political imbalances and insert his own perspective into the dialogue, while addressing the deeper historical points that inform the space today.  As much as he works backwards towards the historical epoch that the museum itself focuses on, Ai understands, and emphasizes, this era’s inextricable relationship to the present, an era when the societies of Europe, built on the cultural discoveries of Greece, is willing to turn away refugees from that same part of the globe.  Rallying against the compartmentalization of nationalities, political violence and identity that makes tyranny and abuse of power possible, Ai’s work seeks a common ground.

The exhibition is on view through October 30th. 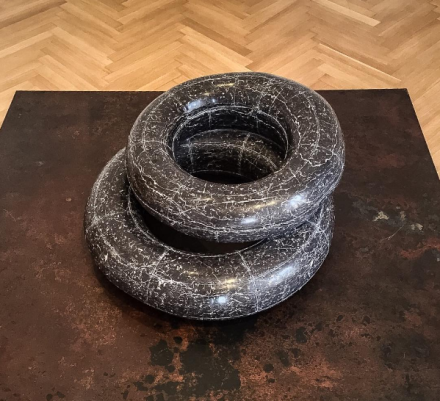 This entry was posted on Thursday, September 8th, 2016 at 2:39 pm and is filed under Art News, Featured Post, Show. You can follow any responses to this entry through the RSS 2.0 feed. You can leave a response, or trackback from your own site.