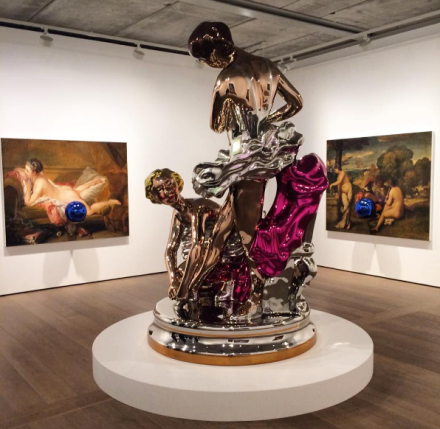 Opening its new exhibition space in London during Frieze Week, Almine Rech has tapped Jeff Koons for a series of new pieces to christen the space.  The show, which draws heavily on Koons’s recent work in his Gazing Ball series, shown alongside a small selection of polished steel Ballerina sculptures, marks an interesting continuation of the series.

The Gazing Ball series marks an interesting twist on Koons’s long career, which has long examined the act of viewing and association as one of his work’s core operating conditions.  Placing replicas of famous masterwork paintings and sculptures, as well as his own imaginative operations (one piece merely places a blue orb on a stool), Koons exhibits not only a selection of impressive simulations, but equally incorporates the viewer into the work itself, reflected in the gleaming blue surface of the ever-present gazing ball. 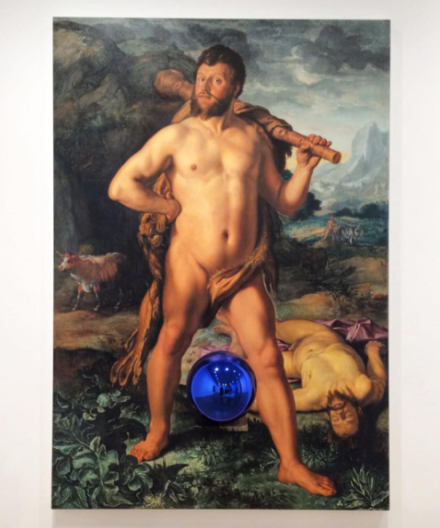 Of particular note here is a spin on Duchamp’s Bottle Rack, a turn towards the conceptual in Koons’s ongoing experiments with the Gazing Ball series that marks his departure from the purely pictorial in this body of work.  A single blue sphere is wryly placed into the top hoop of Duchamp’s famed readymade, continuing Koons’s series while playing on the physical structure of the original in a manner previously unseen in the series. 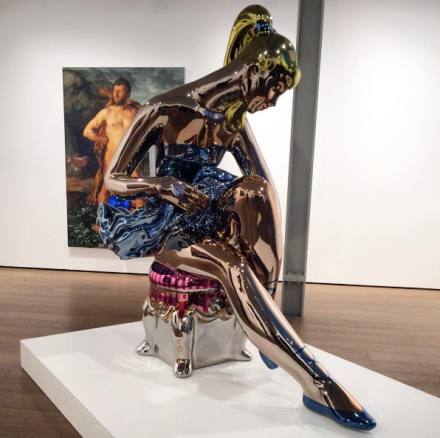 Likening his own work to the French avant-gardist in the exhibition press release, Koons aims to move beyond Duchamp’s own project, yet does it in a manner that underscores the break between the two artists all the more fully.  In what is developing as an attempt to transfix all of art history into a readymade for his own use and exploration with the Gazing Balls, Koons turns the work itself ever more towards its own indexical relationships to the context of the gallery and its referents.  Rather than rely on Duchamp’s  open-ended narratives and willingness to allow the viewer to complete the final work through their interpretive lens, Koons presents a viewer bound up within the sphere of his own making, one that could equally be construed as the limited scope of the gallery, of the artist’s own intentions, or of the painting alone. 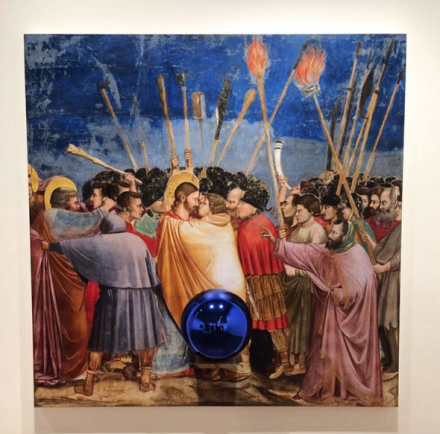 This is an important point, considering Koons’s impressively executed pieces here.  Rather than the freedom afforded to Duchamp’s viewer, where they are welcome to continue or complete narrative threads that they themselves construct, Koons takes the viewer’s experience and turns it into a compositional element of his own making.  Perhaps a commentary on the current state of the art world, or of the circular path that the avant-garde’s practice has taken over the last century, Koons traces an interpretation here that leaves little outside of his own frame.

The exhibition is on view through January 21st. 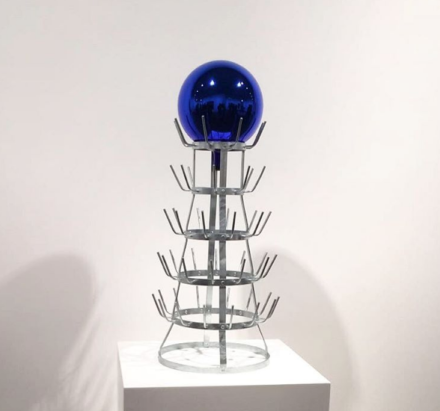 This entry was posted on Tuesday, October 25th, 2016 at 12:47 pm and is filed under Art News, Featured Post, Show. You can follow any responses to this entry through the RSS 2.0 feed. You can leave a response, or trackback from your own site.