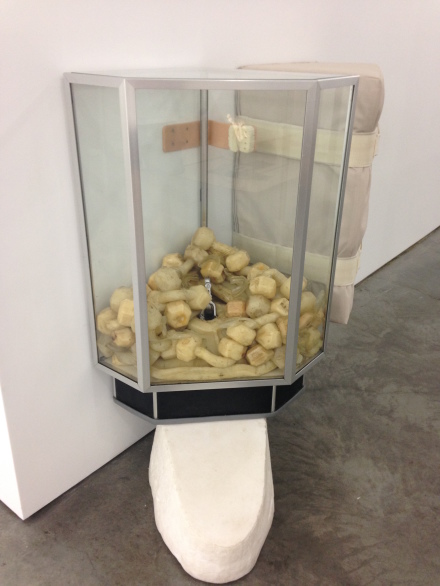 Reflecting back on his relentlessly shape-shifting, enigmatic career and ever-evolving material practice, Gladstone Gallery has re-staged Matthew Barney’s Facility of DECLNE, the artist’s first solo exhibition with the gallery, shown for the first time in 1991.  While the iconic Cremaster Cycle stands as Barney’s emblematic body of works, the show offers an intuitive reflection on the artist’s initial works, presenting the New York art world a with rare opportunity to trace his initial works leading up to the monumental series, and to explore the threads that would later weave and wind their way through the complex and multi-faceted narrative of the film series, particularly his interest in systems of visual, subliminal and rhetorical structure and their orchestration both as performative operations and constructed series of images. 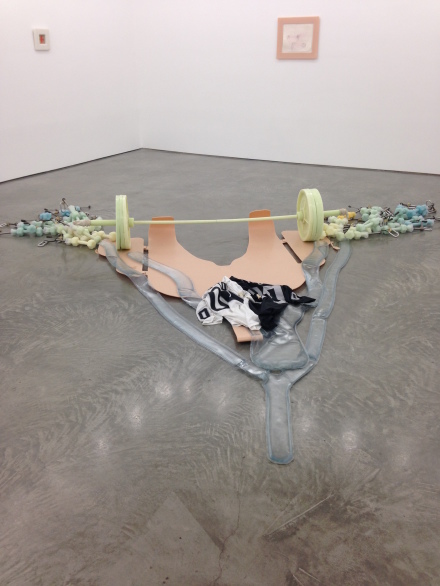 Barney’s longstanding interest in the scrutinization and examination of masculinity, particularly archetypes of patriarchal authority prevail throughout the exhibition, emphasized by the artist’s studied employment employment of petroleum jelly, cast sucrose, prosthetic plastic, and wax startlingly manifest a thematc discourse around the potentials and restraints of the human body itself.  These tactile materials simultaneously promote Barney’s orchestration of his signature exhibition atmospheres, a mixture of clinically removed auras and uncanny arrangements of material and space. 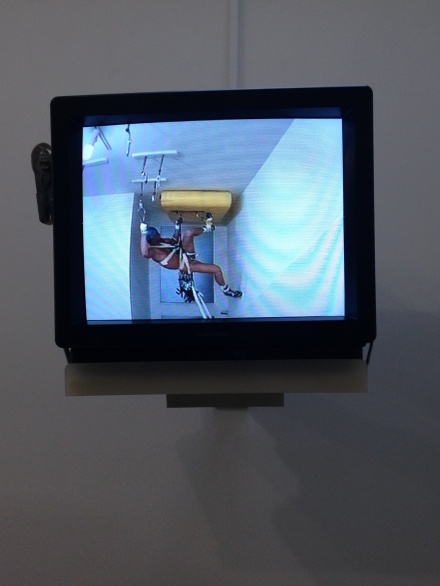 Through video, sculpture, photography, and performance, Barney builds a foreign, occasionally unnerving realm within the gallery, immersing himself and his viewers in corporeal experiments centered on fixated notions of sexuality and its perpetual manifestation in society.  Idaho-raised and New York-based, the artist’s early work dismantles performances of gender, integrating tokens of masculinity, particularly within the American discourse.  Jock culture, locker room rituals, and demonstrations of physical competence morph into esoteric assemblages including dumbbells, Olympic weights, mouthguards, punching pads, NFL jerseys, and wrestling mats.  His figures and subjects are elevated to near totemic status, and surrounded by Barney’s oozy lubricated plastic frames, are often replicated in photographs and video, delivering photographic and illustrated representations that aid the performative component of Facility of DECLINE. 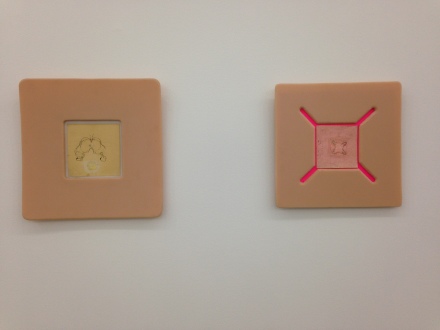 Like much of Barney’s later work, his performance sits at the core of this work.  Occupying the main gallery is DRILL TEAM: screw BOLUS, the exhibition’s anchor piece, and a setting for two key performances, BLIND PERINEUM and RADIAL DRILL, which Barney staged at the original exhibition, narrating a phantasmagorical scenario featuring football player Jim Otto, the escape artist Houdini, and Barney himself in various roles and genders.  Fluidity of force, identity and reason pervade the artist’s experimental performances, in which varied outcomes confront his unspecified and often vague purposes en route to an end  of muscular capability, sexual complexity, and subliminal autonomy.

Matthew Barney: Facility of DECLINE is on view at Gladstone Gallery through October 22, 2016. 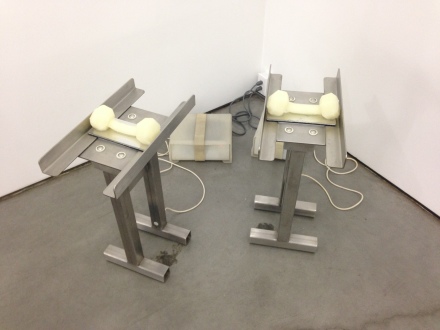 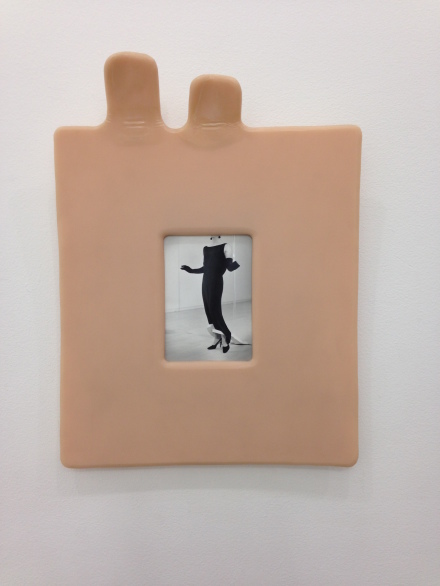 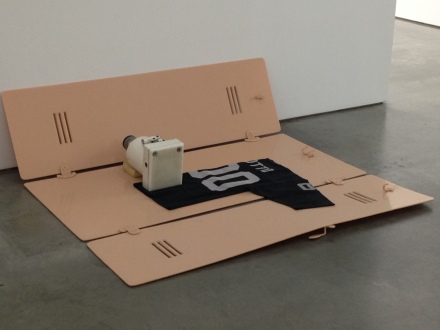 This entry was posted on Friday, October 21st, 2016 at 7:05 pm and is filed under Art News, Featured Post, Show. You can follow any responses to this entry through the RSS 2.0 feed. You can leave a response, or trackback from your own site.