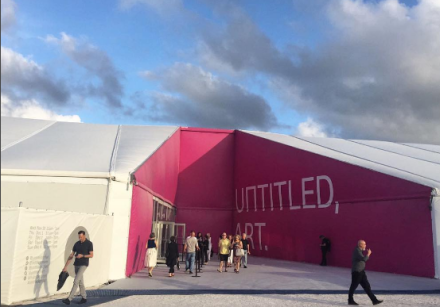 Spread across the sandy vistas just off Miami Beach’s iconic Ocean Drive, Untitled Art Fair opened its doors this week for the 5th annual edition of its fair during Miami Art Week. Recognized for a curator-first mentality and a focused, yet exploratory tone, the fair’s early hours offered a striking first look at the caliber and diversity of works on view in Miami this week. The fair, has hit its stride with this year’s offering, bringing a group of exhibitors that push distinctly cohesive threads and perspectives over the course of the fair, even as each offers a singular perspective on their chosen media or discourse. 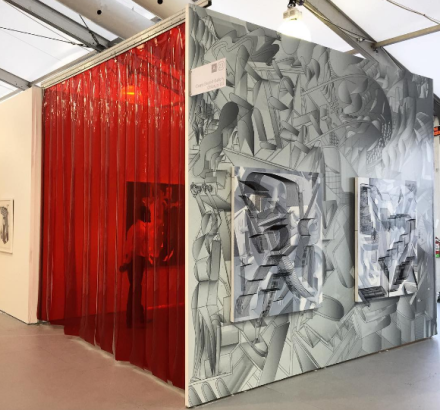 Untitled’s approach towards its participants and projects stands out in a landscape of fairs that often seem to focus primarily on top-sellers, blue-chip pieces and market anchors. Its organizational team is curator-heavy, with express attention paid towards the galleries and artists selected for each booth. The result is a selling event that flows more like a series of micro-exhibitions, opening notable exchanges and conversations between each space, project or other programming on site. A series of minimal, geometric excursions in paint and sculpture by artists Klaus Joerres, Robert Lazzarini and others, echoed a similar approach to balance and meditation by artist Nadia Ariya at the Taymour Grahne booth (consisting solely of pink flooring), a series of subdued canvases, and several small rock sculptures. Other booths were also pursuing similarly scaled-back strategies, like The Hole’s series of digitally manipulate photos by Matthew Stone. Combining flourishes of paint with the artist’s signature take on the construction of the image, the space’s stark grey flooring helped the viewer in focusing in on the dominant color schemes of each work, a strategy that seemed to pay off with a sold-out booth only hours into the fair. 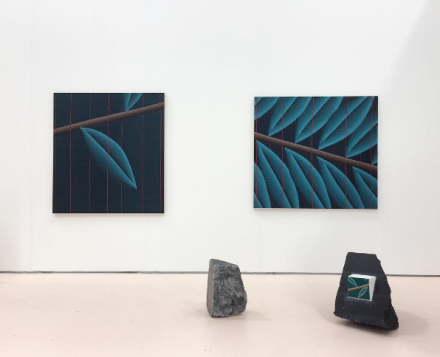 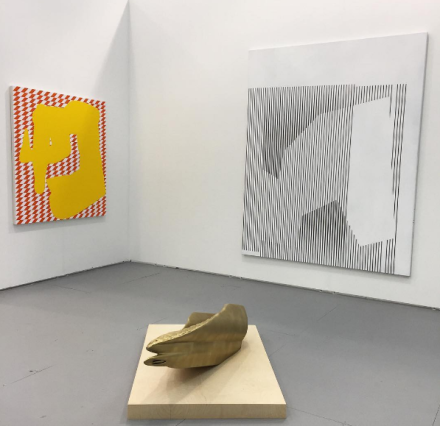 Elsewhere, galleries were exploring more madcap and free-flowing installations. At Chicago’s Carrie Secrist, artist Andrew Holmquist was drawing on a wide range of historical touchstones, twisting their forms and figures through a vivid storm of color and line. Shown inside a booth boasting multiple chambers, including a wall covered in his drawing work, and a large red plastic curtain, the booth itself seemed to echo the artist’s sense of subversion and manipulation of his chosen images. This sense of restless imagination found a parallel at Richmond’s Ada Gallery, where artist Derek Larson was showing a series of boundlessly surreal assemblages, many featuring towel racks, mirrored surfaces, and several video screens depicting dancing aliens (rigged to follow the viewer’s eye and adjust to their height). 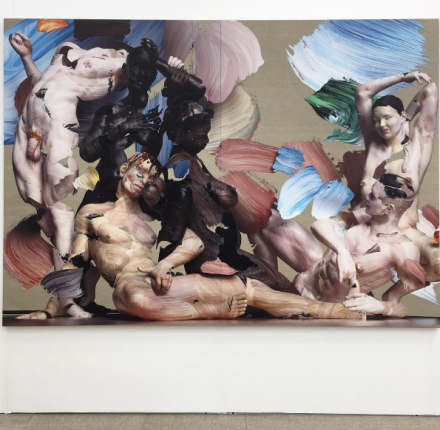 Matthew Stone at The Hole for Untitled Art Fair, via Art

These booths were complemented by one of the fair’s more high-profile projects, a new edition of Rikrit Triavanija’s Do We Dream Under the Same Sky project. In one corner of the fairgrounds, the artist had set up a booth, and was printing shirts for visitors, emblazoned with a number of cryptic phrases and images. The collaboration with artist Tomas Vu also saw a surf-lounge on the outdoor deck of the fair tent. Referencing Russian collective Pussy Riot (rumored to be performing at The Hole’s Nautilus Hotel party this Thursday), the works positioned political agency and awareness at the core of the most leisurely of beach activities, proposing the group’s name spread across the coastline. 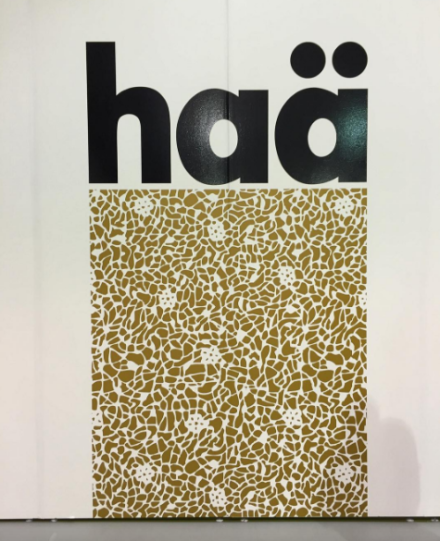 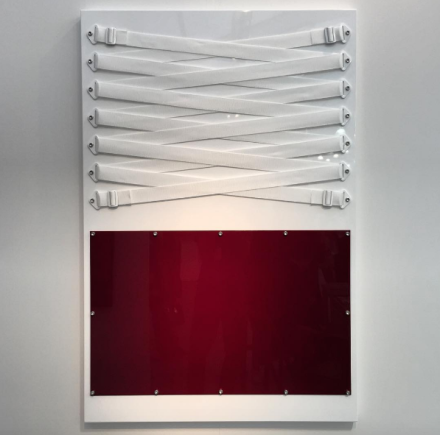 This sense of the political, and the increased focus on the gallery booth ad an extended network of images and objects, seems to dominate Untitled this year, noting a particularly nuanced approach to the fair site as a series of engaged spaces working in tandem. If this is the vision for Untitled moving forward, the fair seems to be in a prime location to continue pushing ambitiously critical perspectives in a time when the art world, and perhaps the U.S.A. more broadly, needs them most.

The fair will run through December 4th. 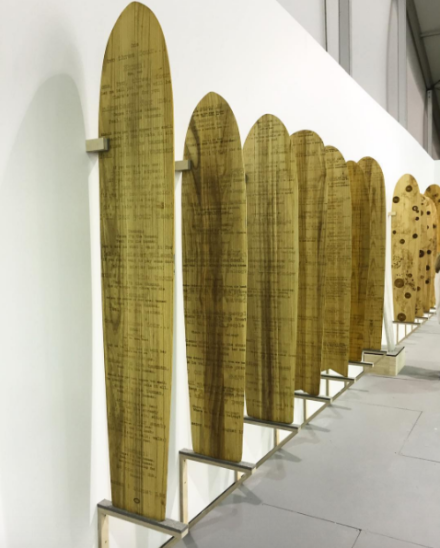 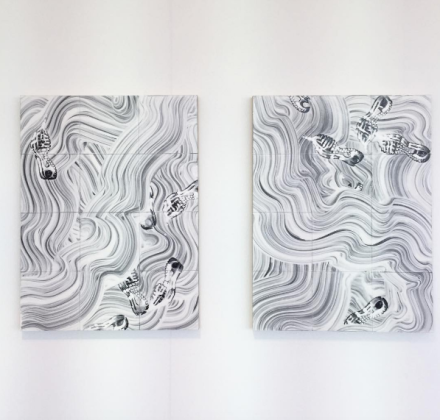 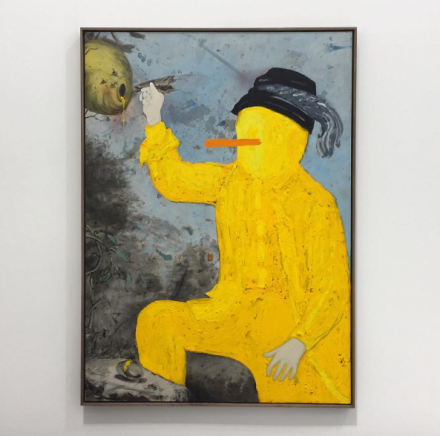 This entry was posted on Wednesday, November 30th, 2016 at 6:29 pm and is filed under AO On Site, Art News, Featured Post, Show. You can follow any responses to this entry through the RSS 2.0 feed. You can leave a response, or trackback from your own site.