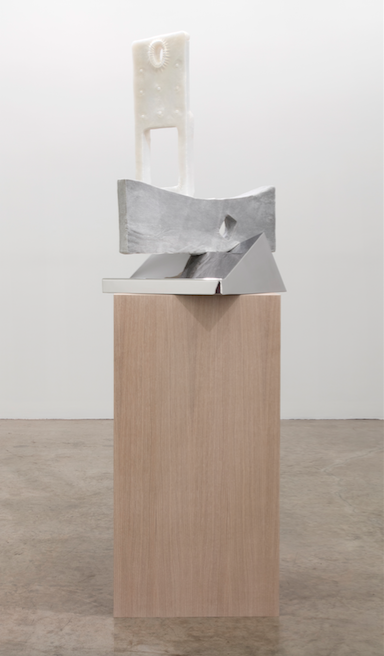 Filling the ground floor exhibition space at Tanya Bonakdar with a series of six small-scale sculptures, artist Charles Long returns to the Chelsea gallery for their eleventh exhibition together.  Drawing delicate exchanges of space and form through Long’s careful selection of elements, the show offers a playful, intuitive exploration of sculptural technique, and the conventions that place these objects on view to the public.

Long’s sculptures have long played on the fanciful and the illusory, frequently reveling in sensuous, curving forms and globular masses that play on organic forms and soft masses, allowing this implied texture to give his works an even more dynamic, quality, appearing almost organismal.  Long’s use of these textures and surfaces seems occupied in part with the sculptural form itself, the ability of the sculptural object to shift away from a hard occupation of space, and towards a more fluid understanding of spatial interactions.  His works are as much an exploration of space as they are of the sculptural processes, his physical objects serving as containers for questions of how form affects the viewer. 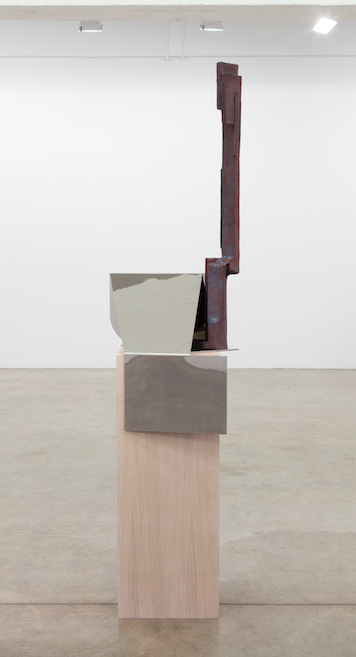 Here, Long’s small-scale pieces take the pedestal as a site of operation, inviting the hard lines of each wood block to serve as a centering element from which he can operate.  The reflective panels of each piece twists the space around them, expanding or contracting the object’s perceived presence, and the parallel lines that bound its presence.  In conjunction, Long has attached a series of textured, colored aquaresin casts to each, allowing an intercession by his familiar techniques into the hard mathematical logic of his gleaming bases.  Each form twists in and out of the converging panels below, an exploration in material counterpoint that draws further strength from the reflections and flashes of light that the work pulls into its surface. 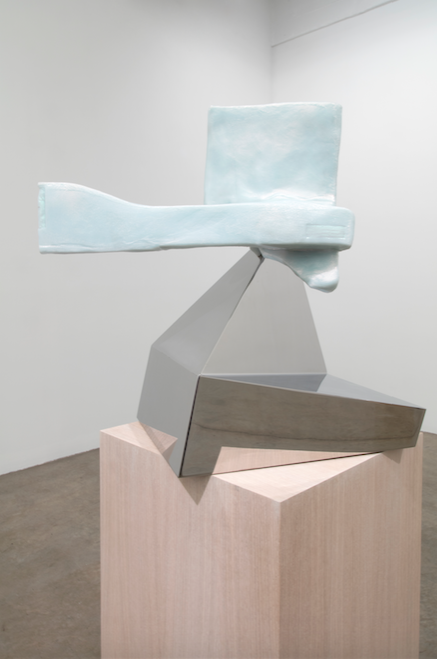 So often, Long’s work has drawn on scale in conversation with his unique approach to the sculptural object to lend his work its visual impact.  Here, Long’s more recognizable elements are condensed and focused, used as moments of punctuation and alteration that see the artist pushing deeper into an engagement with his objects’ site and context to shape its final form.  Stabilization is perhaps a useful term here, as if the base of each work served as a way to suspend each element in the air as well as a way to frame his works as a series of operations and variations along a shared thread.

Long’s work is on view through February 4th. 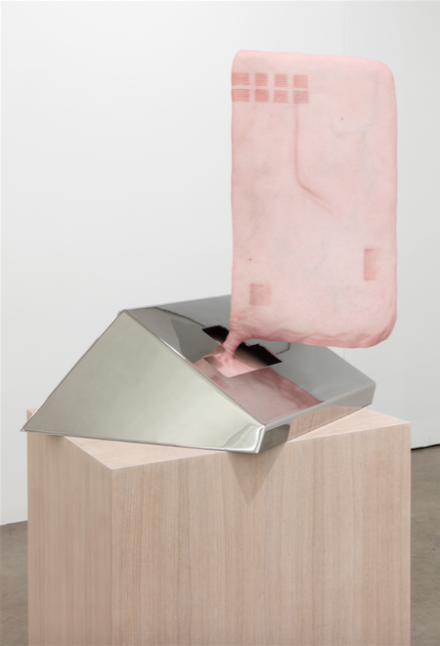 This entry was posted on Thursday, January 19th, 2017 at 12:42 pm and is filed under Art News, Featured Post, Show. You can follow any responses to this entry through the RSS 2.0 feed. You can leave a response, or trackback from your own site.