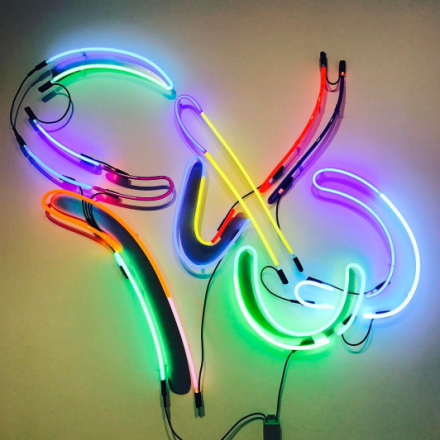 Continuing his work with Pace Gallery, Keith Sonnier has brought a series of both new and historical works to the gallery’s uptown exhibition space.  His fourth solo show with Pace, Ebo River and Early Works features a range of works pieces by the artist, tracing his continued use of light as a central medium. Sonnier, who works in Bridgehampton, has worked with neon and industrial materials for more than forty-five years, and brings a selection of his works sharing themes of movement and space to the gallery walls. 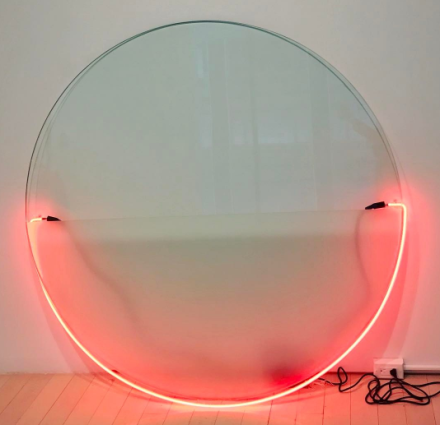 Sonnier’s use of neon delves deep into light’s expressive capabilities, creating complex relationships of color while combining both technological and aesthetic elements in each work.  His new series of works, Ebo River, are inspired by the depths and winding forms of the Congo River, one of the longest rivers in Africa.  The works, titled after towns along its banks, draw on this same sense of rhythmic curving and twisting in their forms, using convex mirrors to complement the gradual changes in light that define his arrangements.  These complex combinations of color, and their momentary punctuation in space, emphasize Sonnier’s studied use and long history with his materials. 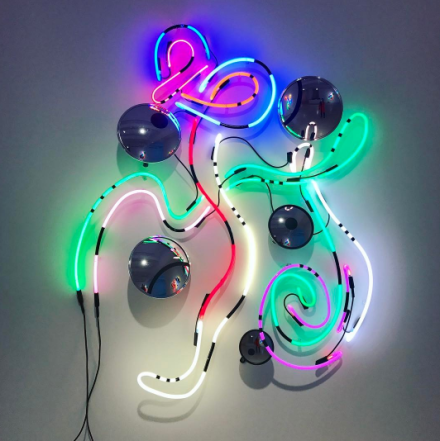 Sonnier’s work has frequently drawn inspiration from African culture; his 2008 series Herd, for example, are evocative of antelopes, buffaloes, elephants and other animals native to the continent, and use the same romantic sense of pristine, untouched nature in engagement with his gleaming industrial elements.  Sonnier himself has noted this dialogue, stating that while his work draws from the aesthetic elements and histories of native cultures in the region, his work, and all of its  anthropological, sociological or political underpinnings, ultimately express their points of reference through the information structures and contexts of a post-industrial society. 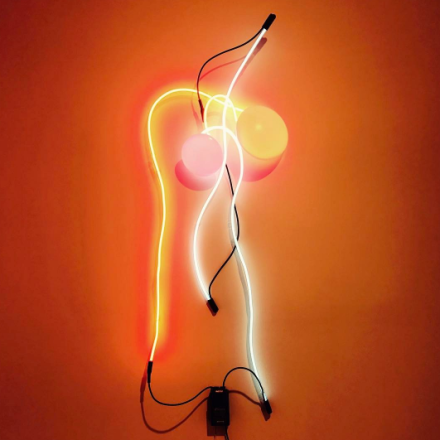 Unlike other artists incorporating neon elements in their work, Sonnier chooses to keep wires and transformers exposed, a gesture that prevents his work from blending into, or working with, the space surrounding each piece.  His wires ultimately ground the work as a self-contained unit, preventing them from blending into the space around them.  While his work is often contextualized alongside the history of two-dimensional American signage, this interest in containing the work, and how it relates to the gallery, underscores his sense of boundaries (and when to break them), playing with dimensions and space in a manner that seems both sophisticated and subtle at the same time. 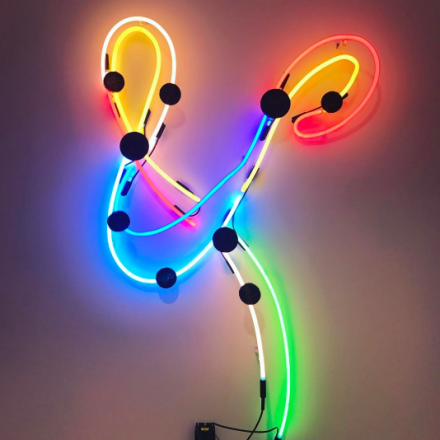 The show also includes Sonnier’s early pieces, including two his works from the Tesla series, which have not been exhibited in more than fifteen years. Paying homage to Nikola Tesla, they present Sonnier’s innovative approach to incorporating electricity in sculptural works.  Considering the powerful glow and wires snaking throughout the exhibition, the homage is a fitting one.

Sonnier’s work is on view through January 21st. 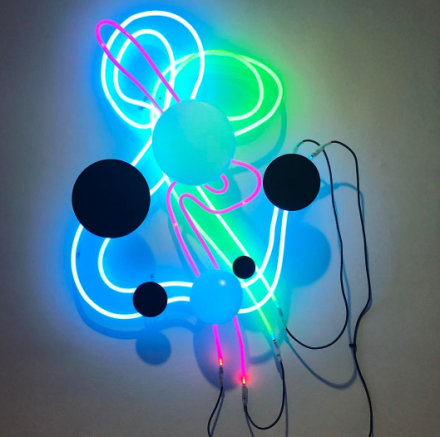 This entry was posted on Sunday, January 22nd, 2017 at 12:30 pm and is filed under Art News, Featured Post, Show. You can follow any responses to this entry through the RSS 2.0 feed. You can leave a response, or trackback from your own site.