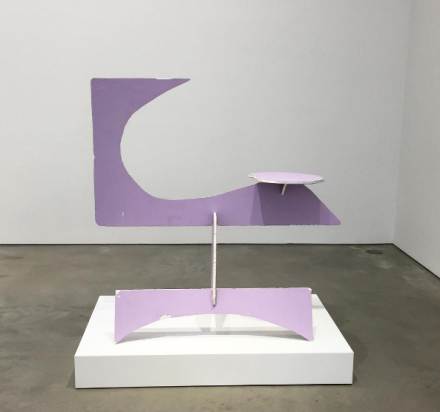 Spread out across the floor of 303‘s exhibition on West 21st Street, a wide, often enigmatic series of seemingly cast-off objects sit atop small plinths.  Ranging from crumbled pizza and avocado boxes to stacked bags of concrete to immense towers of interlocking slabs, the sculptures are part of a new series by Los Angeles-based artist Matt Johnson, using the flexible and expressive capacities of wood to create works that vary in their notes of the hyperreal, pathetic and ephemeral in relation to the world around them.  Taking this intersection of historical and cultural reference points as a rich space for operation, the artist’s work conjures a wide range of interpretations and readings through minimal effort. 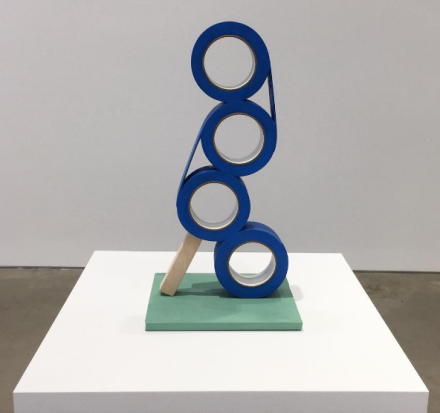 Johnson’s approach here, building on his already unique sense of formal wit, takes an increasingly lifelike bent towards his subject matter, often devoting his operations to almost complete simulations of the objects of modern urban life.  The construction site figures heavily here, with various building implements and industrial materials (including packing tape, wooden pallets, styrofoam, and drywall) snake through his works, varying between outright utilization of these materials, and an impressive replication of its materiality.  Surfaces and markings bear only slight hints of their replication, only serving to further complicate the relationship between the original and Johnson’s copy, often drawing on the artist’s detailed use of bends and twists in his forms that speaks not only to the varied forces of the environment around these objects, but to the artist’s own tightly honed craft. 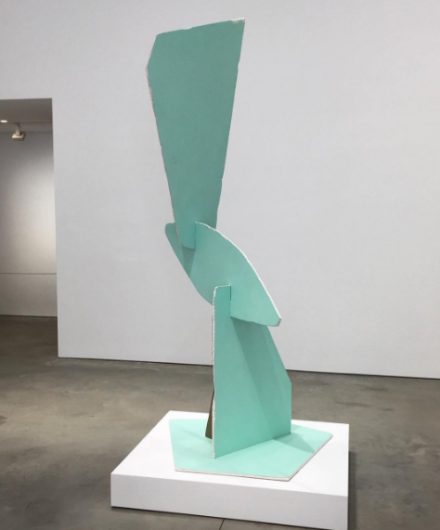 Drawing on similar approaches to the creation of hyperreal objects explored in the pieces of Fischli/Weiss, equally exploring the processes of the studio and its varied elements that function in the assemblage of the work.  Much in the same way that the artist’s explored these objects in their relationships to their own ideas, Johnson’s work seems to delve into each object not only as a functional tool, but as a compositional element, a note that seems to update the Swiss artist’s concepts in an era often defined by artist’s decreased reliance on traditional “studio practice.” 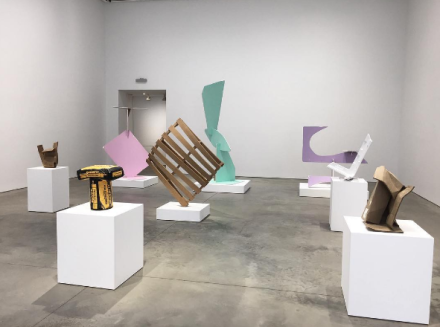 These are objects as related to the act of production as they are to accumulation and experimentation in their own right, particularly with pieces like Untitled (4 Stacked Tape Rolls) which seems like an almost willful defiance of the laws of gravity and physics.  Similarly, his immense drywall sculptures near the back of the exhibition space present themselves as a sort of reclamation rather than a direct re-creation of scenic elements, turning slabs of material into defiant sculptures; works that bear some resemblance in turn to the post-war avant-garde’s deconstruction of the sculptural form into its compositional elements.  This play on art history, and the complex dialogue between materials, eras and practices that Johnson’ work functions in here presents a sort of historical play on words, linking together varied schools through a series of free-associative formal operations.

Johnson’s work is on view through February 25th. 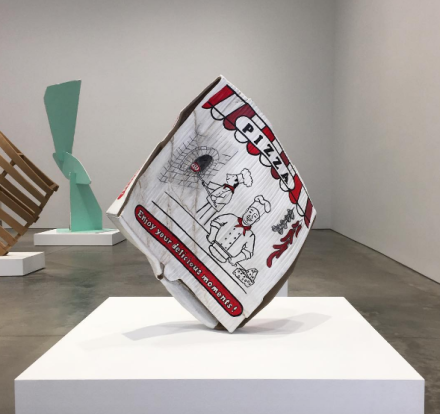 This entry was posted on Tuesday, January 31st, 2017 at 12:30 pm and is filed under Art News, Featured Post, Show. You can follow any responses to this entry through the RSS 2.0 feed. You can leave a response, or trackback from your own site.