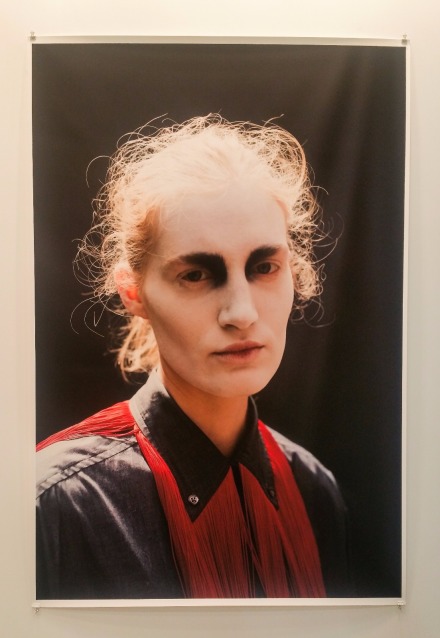 As the doors of the Centro Citibanamex opened today in Mexico City, Zona Maco rolled into its 14th edition, bringing a surge in exhibitions, films, and programs to the proceedings of the yearly art fair event in the Mexican capital.  Welcoming galleries from around the globe, the fair’s early-year scheduling offered something of a kick-off to the year’s market events, while offering an indication of current market strength, as well as a spotlight on the Latin American art circuit. 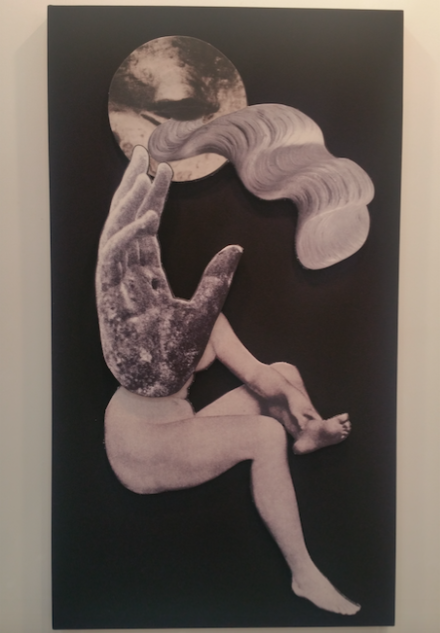 With well over 120 galleries spread throughout the exhibition space’s expansive floor plan, Zona Maco has become something of a microcosm for the city itself; dense, and sprawling in its impressive offerings of contemporary works from a wide range of both new galleries and longtime exhibitors.  The fair’s long halls and large booths offer ample space for visitors to explore, even within the relative confines of a fair environment, offering some indication on why this fair has become a destination each February. 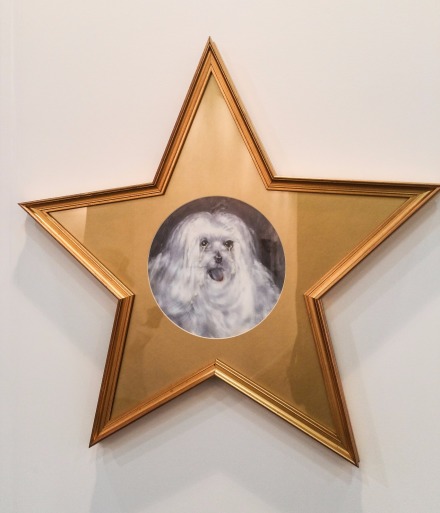 At David Zwirner, a broad group of works were on view, including new photographs by Wolfgang Tillmans, while Beers London was presenting a vivid selection of paintings, including a series of fluid, ruggedly executed compositions by Genti Korini.  Elsewhere, Galleria Continua had brought a wide range of works drawing on the phenomenological, twisting experiences of nature and visual anomalies into surreal, captivating works, among them a piece in marble and steel by Anish Kapoor, and a branching, organic, wall-mounted form by Loris Cecchini. 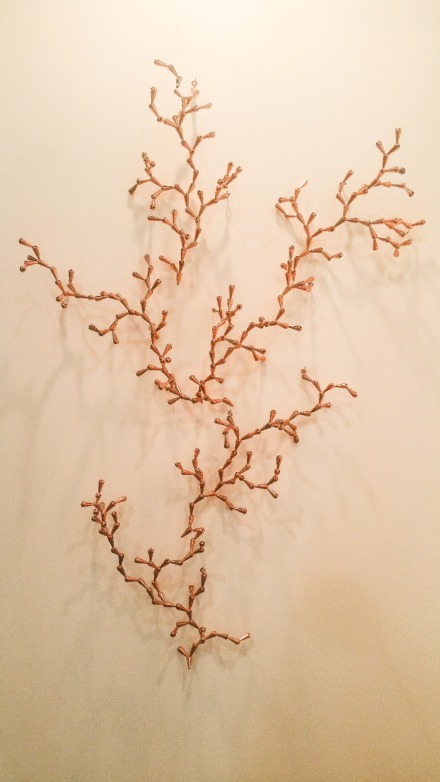 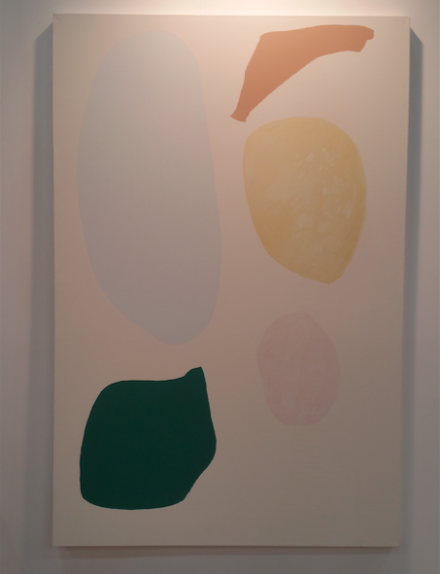 In the fair’s Sur section, featuring solo projects by selected artists, this year centered around psychological or emotional states “in which one is at loss for words.”  Works included a series of enigmatic pieces by Mexican artist Iñaki Bonillas, continuing recent work by the artist for Estancia Femsa (presented by kurimanzutto), and new works by Yung Jake on view at LA Gallery Steve Turner. 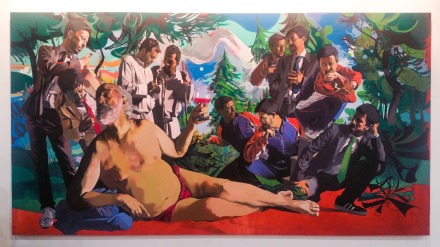 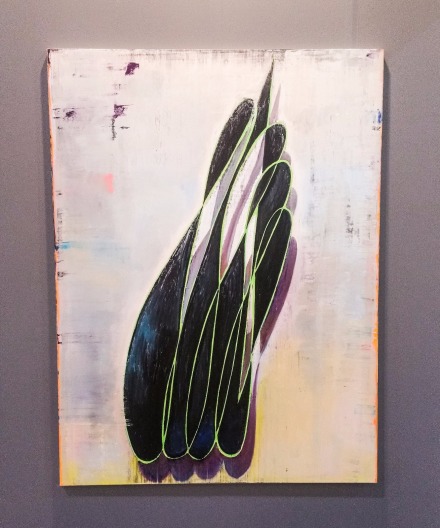 New Proposals, curated this year by Humberto Moro, featured a group of artists under the age of 36, exploring new perspectives and visions among the younger faces on site in the D.F.  Hometown gallery Anonymous was featured among the galleries on-site, presenting work by Fluct, Brendan Lynch and Peter Sutherland.  The gallery was also promoting one of artist Andrew Birk’s “expanded walks,” a long stroll across the city open to any participant willing to meet him along the way.  The artist sets off from El Zócalo on February 11th, 2017, at 12pm sharp and invites any interested attendees to join him on his meandering path to the fair.  “Its meant to establish a larger context for art, understanding art, what art could and in my humble opinion should be, and to establish a baseline that contrasts very very sharply with what ends up being presented inside of all the exhibition spaces this week,” Birk said.  “The real, dense, meaty, life-informing experiences all happen outside.”  Other works in the section included a series of vivid paintings by Ricardo Gonzalez at Asya Geisberg Gallery, and Dallas’s Cydonia, which showed a series of equally vivid pieces by Alicja Bielawska. 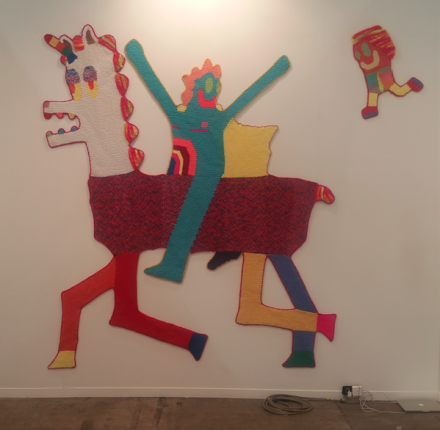 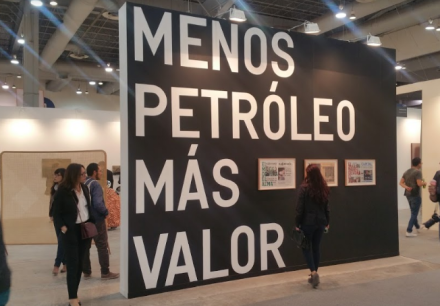 Lawrence Weiner has also expanded out into the cityscape this week, launching a major new project that saw site-specific text works spread across town, mingling the artist’s famed text-based works with new inflections of the Spanish language.  Executed in partnership with the Museo de la Ciudad de México, the works offer a prompt for visitors to spread out throughout the city’s expanses and explore the neighborhoods of the capital.

This sense of exploration should hopefully continue for both artists and visitors alike, as more fairs and events continue to launch over the course of Visual Arts Week, with Material opening its doors today. 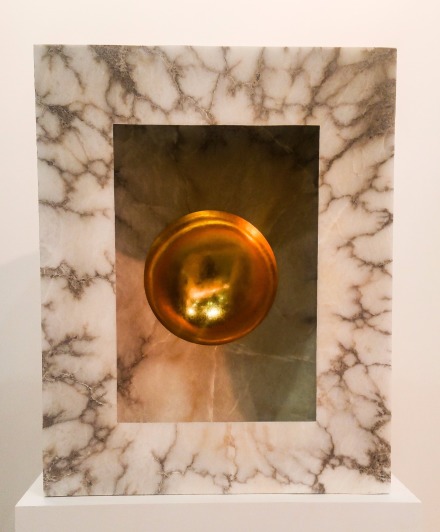 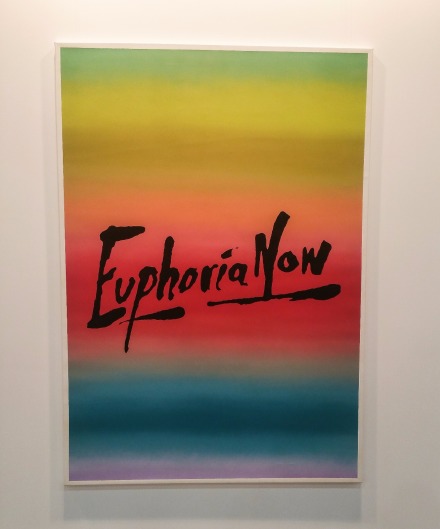 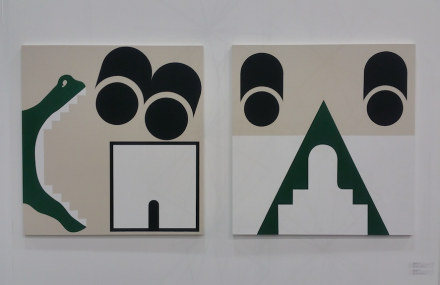 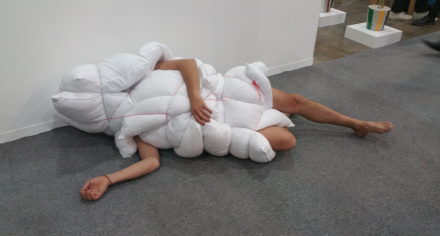 A performance in the halls of Zona Maco, via Art Observed 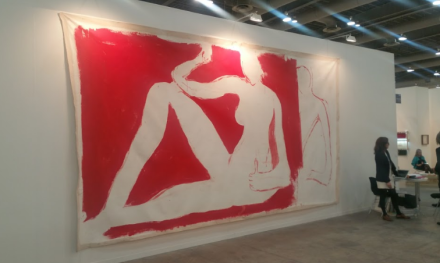 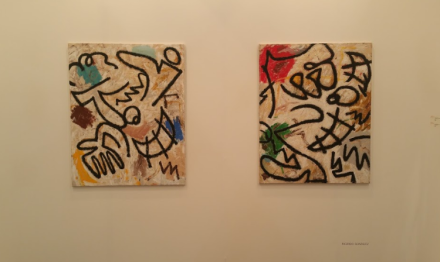 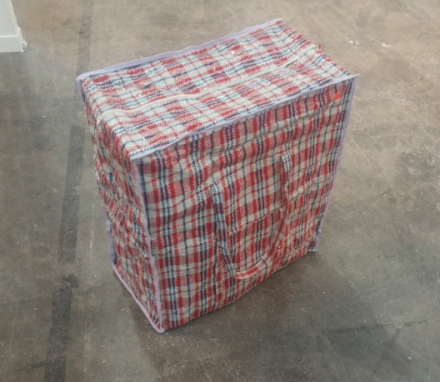 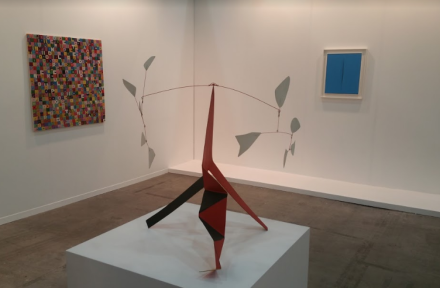 The booth at Cardi Gallery, via Art Observed 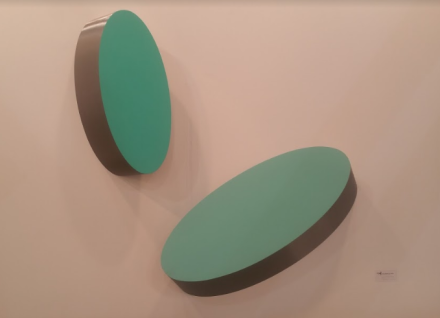 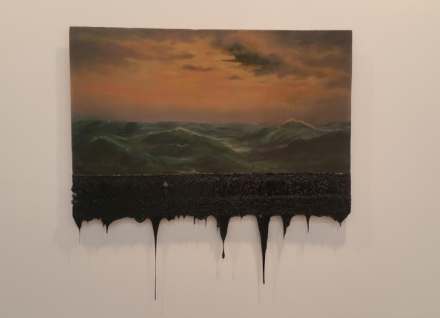 This entry was posted on Friday, February 10th, 2017 at 12:19 pm and is filed under AO On Site, Art News, Featured Post, Show. You can follow any responses to this entry through the RSS 2.0 feed. You can leave a response, or trackback from your own site.