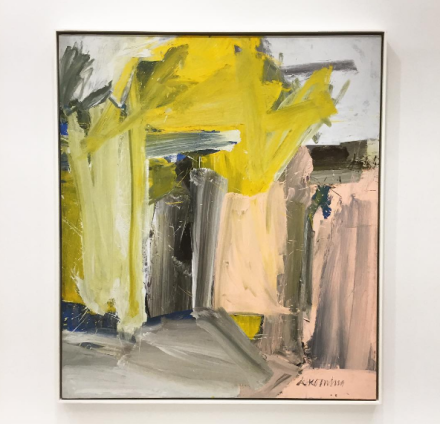 Willem de Kooning, Door to the River (1960), via Art Observed

Embarking on their first exhibition under their shared gallery name, Dominique Lévy and Brett Gorvy’s new Gorvy Lévy Gallery has opened 2017 with a bang, bringing together a landmark body of paintings by two masters of the medium, Zao Wou-Ki and Willem de Kooning.  Drawing from each artist’s unique gestural abilities and continually inventive bodies of work over the course of their evolution, the show is a major achievement for the gallery, including several major museum loans that underscores Gorvy’s impact on the gallery’s already strong programming. 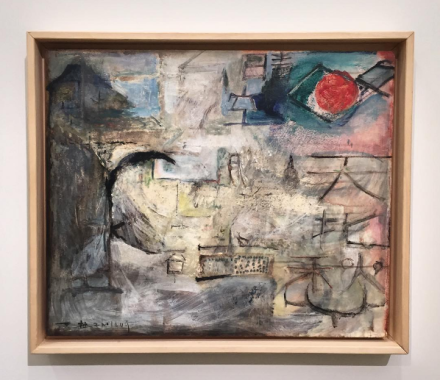 Spread across all three floors of the gallery (the ground floor formally serving as home to Emmanuel Perrotin), the show takes great pains in exploring the intersections of each artist’s work, drawing on comparisons and conversations between de Kooning’s vivid approach to mark-making, and Wou-Ki’s complexly overlaid colors. 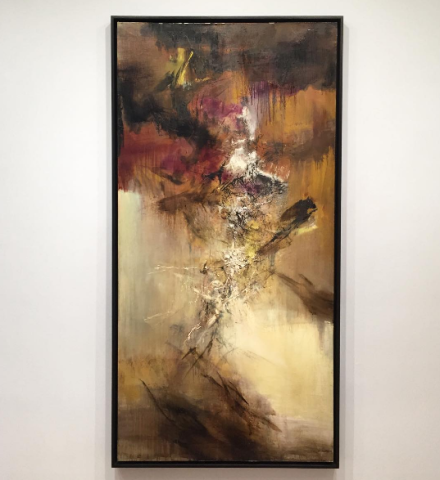 It’s particularly interesting to note the intersections and evolutions of painterly mark that define each artist’s work here.  Tracing both artist’s evolutions during the meat of their careers in the 1960’s and 70’s, the show invites striking, intertwined studies in the world of painting in both the U.S. and China, taking specific interest in the idea of the landscape, either as an inspiring subject, or as a container for each artist’s experimentation. 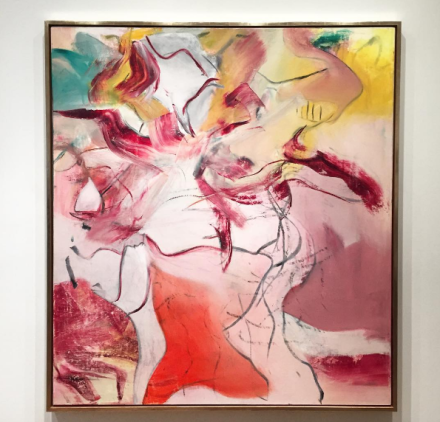 The works could nominally, or perhaps formally, still be read as landscapes, even, interactions of space and form that ultimately shift and unfold as the viewer traces their eyes across each line and element, much in the same way the tree line in a classical image ultimately defines itself in its relation to the canvas’s orientation.  Wou-Ki’s work, in some sense, can be linked to more traditional forms of Chinese landscape painting, if only in a minimal, hyper-focused awareness of negative and positive space.  Much in the same way that traditional ink wash landscapes drew their strength from single, masterfully executed lines, Wou-Ki’s works pieces turn towards the brush gesture in its own right, allowing figuration to present itself less as an apparent method, and more as an inspiring force in the artist’s compositions.  What the artist does between and through these lines ultimately signals the most radical ruptures, allowing collisions and interactions of form that allow the viewer a space of consideration and negotiation between readings as both depictions of space, and explorations of material. 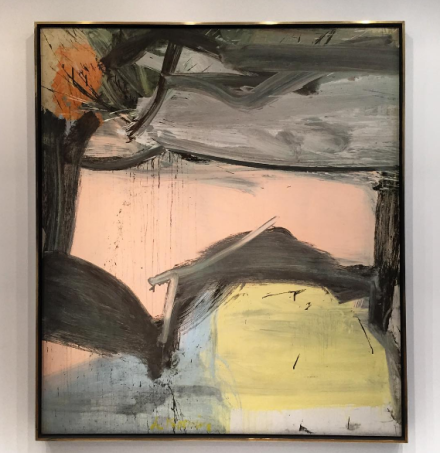 Similarly, de Kooning’s work takes a route through deconstruction that sees him gradually pairing down from the flurries of brushstroke that define his career during the early 1960’s (his major work Door to the River is on view on the ground floor, alongside several other early works).  But rather than move towards a more mediated, abstracted approach to reality, the artist’s work here traces a compression of gesture, as single lines, great strokes of color and weight, begin to define his pieces.  The result are canvases that, much like Zao’s, boil down to studies in difference, space and line converging in a manner that turn each canvas into a landscape of its own.

The show is on view through March 11th. 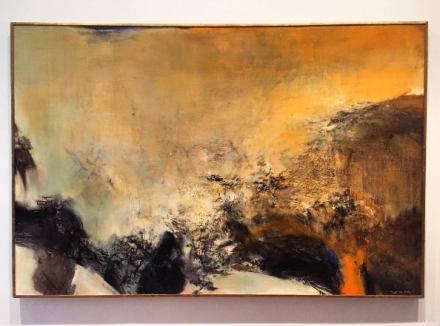 This entry was posted on Sunday, February 12th, 2017 at 12:23 pm and is filed under Art News, Featured Post, Show. You can follow any responses to this entry through the RSS 2.0 feed. You can leave a response, or trackback from your own site.