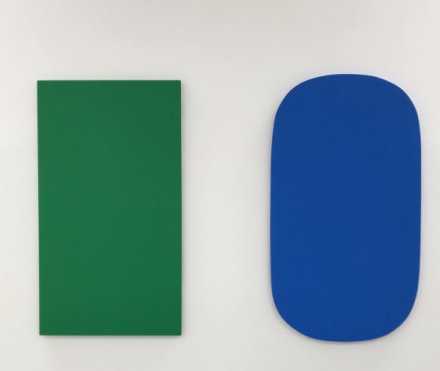 Since the passing of Ellsworth Kelly in December of 2015, the exhibition of the artists’s final works has made for a sort of bittersweet anticipation. The show could be seen as a grand farewell to an artist who changed the landscape of American painting several times over during the course of his career, each time delving deeper into his clean, almost rhythmic approach to the shaped canvas that filled its confines with rich bounties of color.  Presented this month at Matthew Marks, the artist’s last body of work does not disappoint, and the series of pieces, culled from past sketches and concepts or completely new ideas, feels like a fitting look at the furthest points of the artist’s exploration before he laid down his brush for the last time. 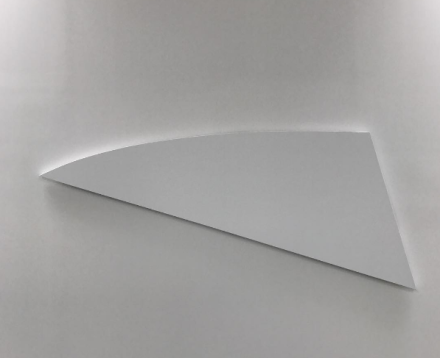 Kelly’s pieces, particularly in this exhibition are a joy to behold, bounding with an effortless mixture of spatial awareness and deep attention to color that often see his pieces exploding off the wall, or playing on the texture and nuance of the shadows cast in the gallery space.  Running through a brief but expressive series of variations on the shaped canvas and his language of colored forms, the show sees the artist returning to familiar modes (some works make subtle reference to his famed Chatham Series) or delving deeper into styles of color contrast that hint at even more ideas and concepts left incomplete at the time of the artist’s death. 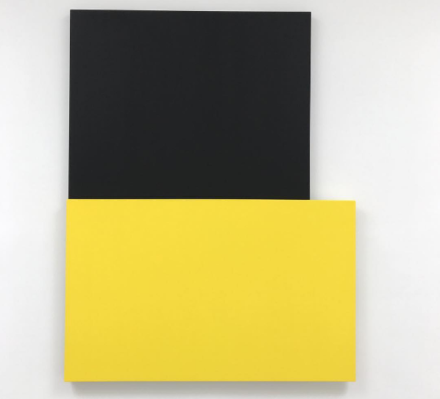 It’s Kelly’s joined panel compositions that perhaps command the most attention here, careful contrasts of both form and light that leave the viewer’s sense of depth and space hovering in indeterminacy.  In others, the clean, hard lines delineating each block of color run a similar effect on the walls around it, casting the full architectural layout of the gallery into a subtle exchange of form and content, each shape and line an elaboration on the walls around them.  The works are given ample space to breathe, and their bright colors afforded equal room to surge out towards the viewer, seemingly breaking their bounds on the canvas with their deep hues and even application. 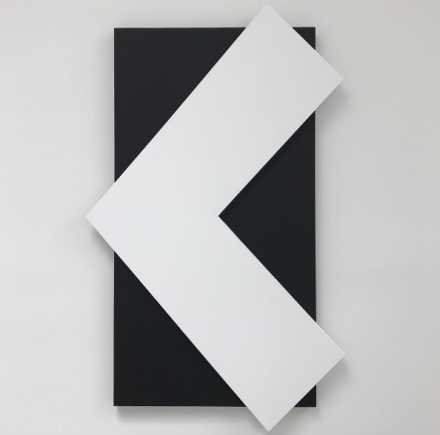 Alongside his body of paintings, Matthew Marks is also exhibiting a series of Kelly’s Plant Drawings, a long-running series of graphite and ink drawings made as observations of the natural curves and lines of various plants and flowers.  Moving between studious replication of the subject’s graceful arcs and curving boughs to more fluid abstractions of its form, the artist’s pieces trace a continued engagement with the natural world that feels like a perfect complement to his endlessly immersive pools of color and line on view merely footsteps away.  In one, Kelly almost smears the ink across the page, creating heart-shaped forms that play on the natural image and the human response to both its empirical imagery and evocative iconographies.  The result is a piece that pulls as much from the rich color of the image as it does from its own composition in two dimensional space. 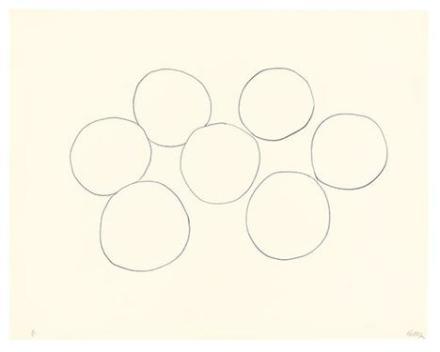 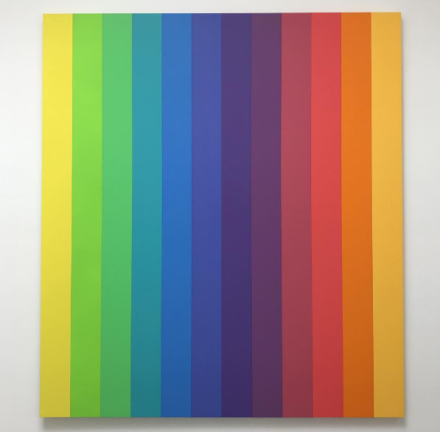 Kelly was a master artist in any sense of the word, and his impeccably rendered pieces here serve as a fitting farewell to a body of work that has helped to transform the state of American abstraction during the last 50 years.  Much like the evolution of Kelly’s own work during his lifetime, this show equally feels like a fittingly enthusiastic look forward, and relentless pursuit of his work until the end of his life.  Even as the artist finished these pieces, his vision looks out to the future, and carries a glint of optimism for the future.

Kelly’s work is on view through June 24th. 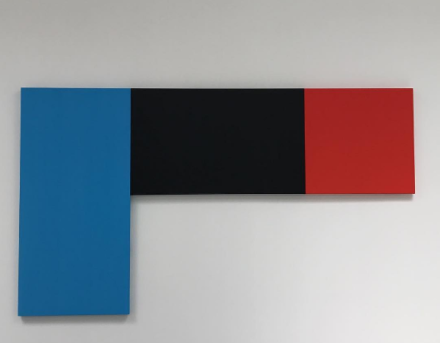 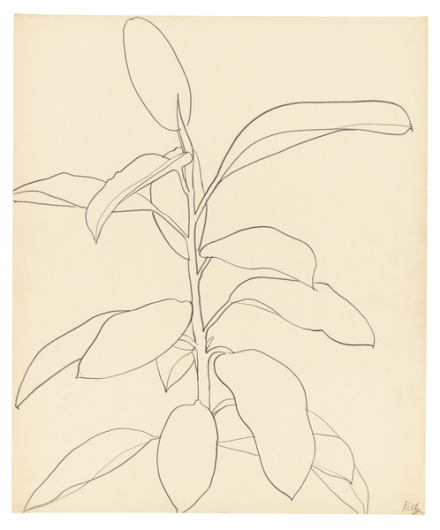 This entry was posted on Thursday, June 22nd, 2017 at 12:29 pm and is filed under Art News, Featured Post, Show. You can follow any responses to this entry through the RSS 2.0 feed. You can leave a response, or trackback from your own site.