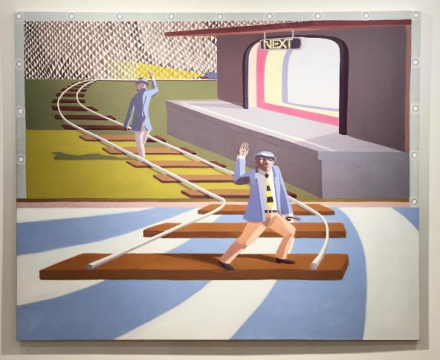 Now through August 4, Bridget Donahue in New York presents an exhibition by painter Satoshi Kojima, his first ever North American show. The artist’s pastel-hued paintings offer a view into alternative histories, realities, and even other planets, executed with an updated Surrealist sensibility.  Kojima’s paintings invite the viewer into multiple different worlds of unfolding weirdness and intrigue, all through the softness of his color palette, in conjunction with the bizarre worlds he envisions. 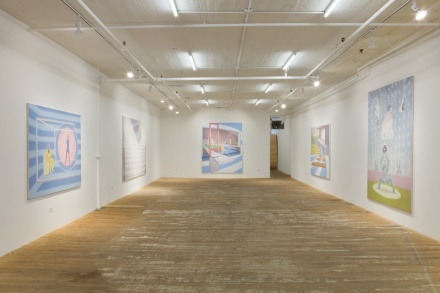 The Tokyo-born artist has lived for fourteen years in Düsseldorf, where he firrst moved to study fine art. The images presented in this exhibition reflect a sort of measured homesickness in combination with the pleasurable distance this status affords, reflecting a foreign culture through a lens that does little to hide its distance from its subject matter.  The result are images that dwell on absence and homelessness, while simultaneously capture bizarre rituals and movements, skewed architectures and broken landscapes. Indeed, Kojima’s work seems to center on the infinite questions and strangeness that come with a permanently displaced status. However, the paintings presented here also approach this theme and attitude without the negative affect typically associated with homesickness. Instead, the images and scenes depicted here seem to celebrate and even find space to laugh at this alienation. 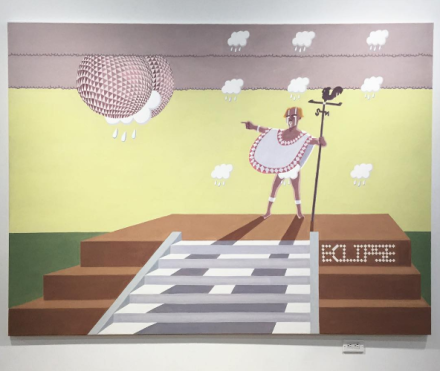 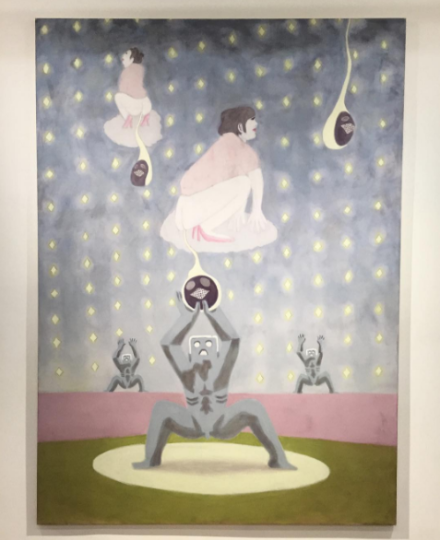 Science fiction and mythological symbolism jockey for position in these futuristic, hallucinatory settings. The ten canvases’ included in this exhibition depict scenes borrowed from half-remembered dreams or dark fantasies. In Goodbye Your Earth, for instance, a feminine, almost alien figure perches on a walkway, glancing behind her and reaching for the surface of a yellow planet. Last Dance, by contrast, shows two figures facing away from each other on a single train track, passing in front of a train platform or stage, and captured with their hands raised in greeting as they walk away from each other. Other works deal with humanity in more explicit or humorous terms. In DJ Box, a hyper-masculine DJ character seems oblivious to the mauve vortex around him, clutching his records and convulsing in satisfaction. 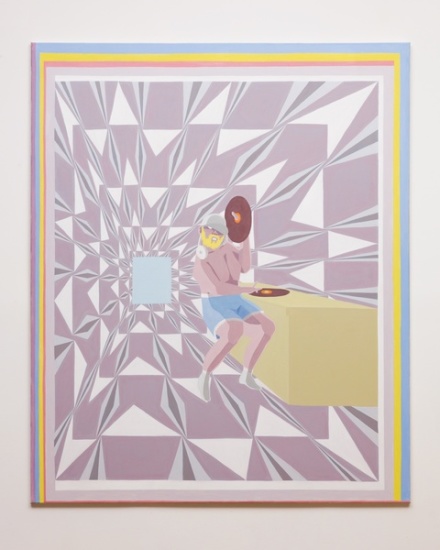 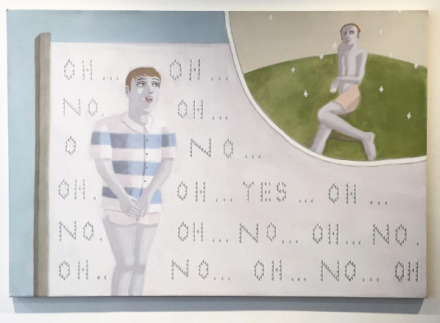 Kojima’s first exhibition in New York speaks impressively to the artist’s vision and sense of humor. With their easy pastel palette, these paintings gently invite the viewer into a suspension of disbelief that strikes a delicate balance between alienation and ease, effectively revealing the infinite nature of imagination meeting the unfamiliar.

The exhibition is on view through August 4th. 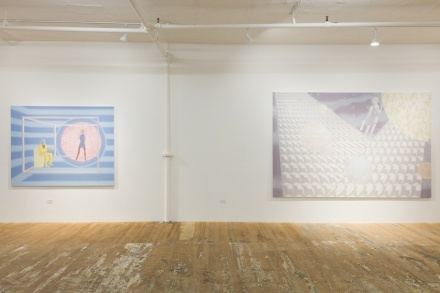 This entry was posted on Wednesday, August 2nd, 2017 at 5:02 pm and is filed under Art News, Featured Post, Show. You can follow any responses to this entry through the RSS 2.0 feed. You can leave a response, or trackback from your own site.