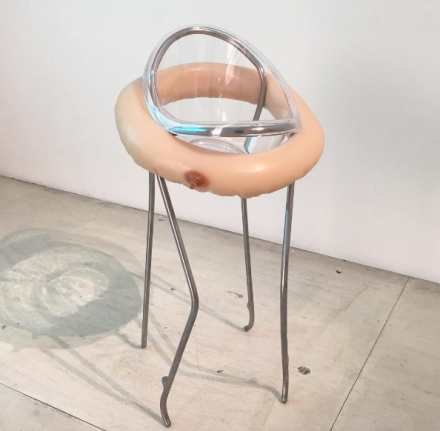 Currently on view at MoMA PS1 for the museum’s spring and summer season, Past Skin draws on a nuanced understanding of modern man, dwelling on both changing conceptions of the body and body politics in conjunction with the modes of information dissemination, networked culture and physical architecture that have created a more nuanced assemblage of forms and functions in modernity.  Drawing heavily on the work of French philosopher Gilles Deleuze, the show, organized by Jocelyn Miller, pulls the human form into the swarms of data modern life is embedded within, and explores how this position has subtly changed the human relationship to the world around us. 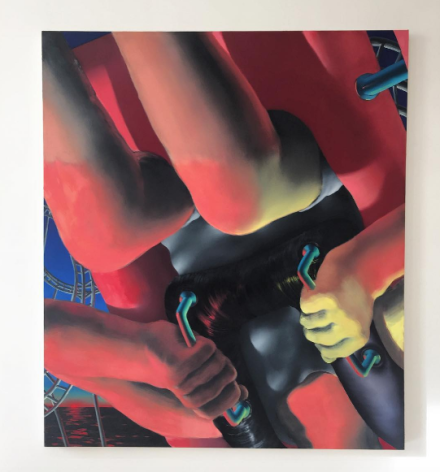 The exhibition at PS1 is a decidedly minimal affair, drawing together a series of rooms on the museum’s second floor with a selection of contrapuntal artworks arranged in a manner that examines specific intersections of image and form.  In one, painter Jordan Kasey’s surreal canvases, exploring the human body from close proximities and strange angles, is countered by Jillian Mayer’s Slumpies, lumpy pieces of furniture designed to accommodate smartphone users through charging the phone or providing a site for a momentary pause to scroll through emails or social media posts. 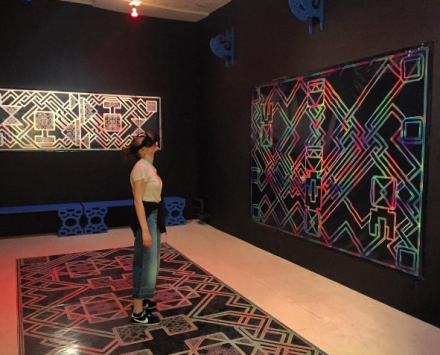 This work is echoed vividly by Levy’s sculptures, which graft a distinctly human series of physical signifiers onto design structures and sculptural elements.  Jagged steel-frame chairs and lounging furniture are coated with skin-like casts, or carry small-scale sculptures formed from the fusions of what appear to be foods, body parts and commercial goods.  This same sense of erotic fusion raised in Vriesendorp’s video is emphasized in the next room, where one of Levy’s works features a video of hands sexually caressing a cast of an Apple headphone case.  The vague sexual implications, mixed with the latex material, gives off a striking visual shock, pushing human iconographies to the forefront despite the object’s clear based in disposal commodity commercialism. 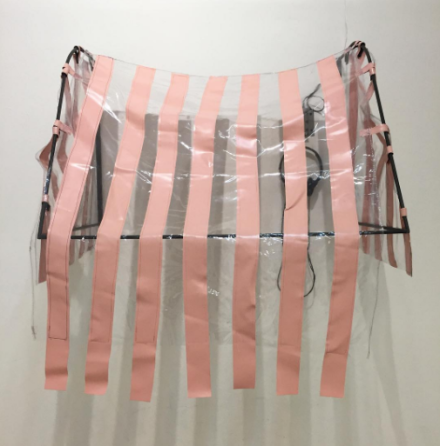 Taking another tack on this concept is art collaborative MSHR, building a massive sound and VR headset installation in one room of the exhibition.  The viewer finds themselves suspended in a cluster of abstracted glyphs, noting sudden movements of the head causing visual trails of the twisting, fluid forms across the expanse of the 3-D environment.  Accompanied by the space’s swirling synthesizer compositions, the show presents a nuanced exploration of the human senses of perception, challenging spatial logic both through the imagery used and the slight alterations of the act of seeing. 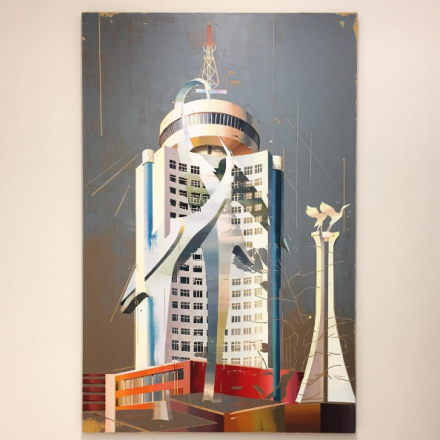 Keeping the exhibition confined to only a few rooms works well for the exhibition’s focus, allowing each work to stand in several modes of exploration and interrogation of the human experience without relying on easy support elsewhere in the show.  Links bubble to the surface or slowly emerge upon consideration of the show’s varied forms and chosen strategies.  The result is an exhibition that dwells as much on the concepts present in each work, but the various approaches taken to reach those ends.  For it’s these modes of conveyance, of communication and connection, that ultimately serve the theme of the show itself, tracing new approaches to both bodies and their interrelations.

This entry was posted on Saturday, September 2nd, 2017 at 7:09 pm and is filed under Art News, Featured Post, Show. You can follow any responses to this entry through the RSS 2.0 feed. You can leave a response, or trackback from your own site.