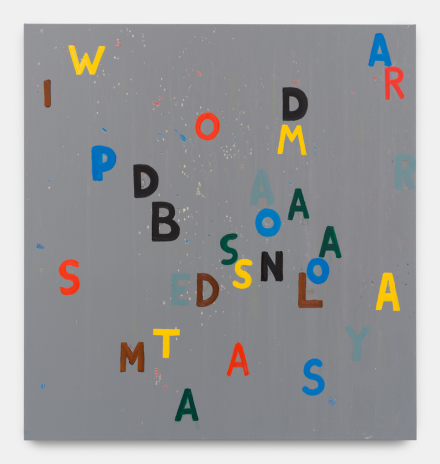 In his third solo exhibition in New York, Belgian artist Walter Swennen delivers a broad range of takes on his text and poetry-based work, splashing doses of humor and introspection into each canvas spread across Gladstone Gallery, on which bright, cartoonish colors and existential subjectivities build a delicate, yet compelling balance. From the title bewtie (a riff on the word “beautiful” that also manages to sound Flemish), to Swennen’s utilization of language to problematize the banal, this exhibition chronicles his sense of absurdity embedded in mundane elements, and most particularly in language, as a crucial part of the ritual of the everyday. 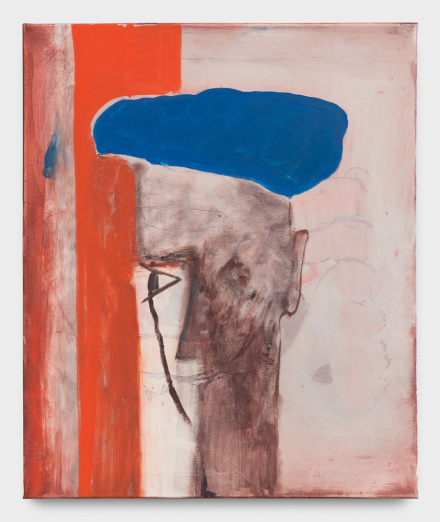 Language and phonetics have always occupied a large portion of Swennen’s decades-long practice.  Raised as a Flemish-speaker in Belgium, his parents suddenly stopped speaking his mother-tongue to switch to French—and eventually the artist lost his memory of Flemish. Unable to speak the most prevalent language in his country, the artist developed a complex relationship with language not only as a utilitarian tool, but also as a socio-cultural signifier. I do not understand (2017) arguably best encapsulates such an inquisitive and playful approach to prose, while garbling its meanings with sarcastic undertones. The self-explanatory painting reads “I don’t understand” in various languages depicted in bright hues. Chaotic depiction of words repeating the same expression recalls the narrative of Babel, and contains the capability and failure of language in a joyful, colorful fashion. Another slogan frequenting Swennen’s engaging selection of paintings is “Too Many Words” interpreted in three different paintings in English and Spanish. The tongue-in-cheek sentiment is evident in Swennen’s whimsical handling of the expression stabilized between comical renditionss of words in the backdrop of deep-seated narratives on human awareness. 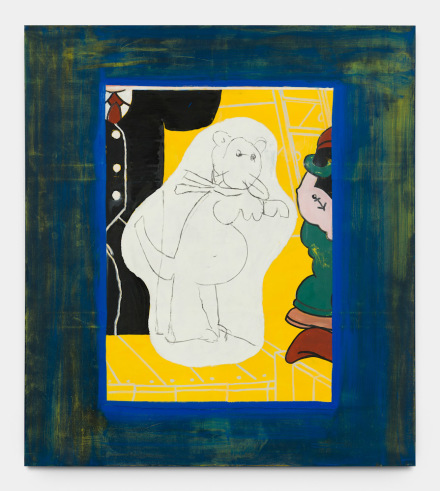 Similar to the abrupt shift in language he experienced as a child, Swennen, who started his career as a poet in the 1960’s, steered away from verse to become a painter two full decades later. While words continue to inhabit the Brussels-based artist’s practice, images aide him in examining cultural codes and their imprints on memory. Popeye (2017), for example, juxtaposes three characters from the namesake American comic strip in distorted interpretations. The muscular leading figure stands on the right end of the canvas, just recognizable through his buff arm and his anchor tattoo. Eugene the Jeep, on the other hand, seems to emerge from an erratic and incomplete sketch. In addition to global symbols of pop culture, The French Impressionist (2017) illustrates an anonymous stereotypical French painter donning a beret and a blasé expression.  Throughout, the act of labeling, of understanding, and making meaning of these texts and symbols is at the forefront, even if Swennen is deliberately tweaking the interpretations as we watch.

Walter Swennen: bewtie is on view at Gladstone Gallery through October 28, 2017. 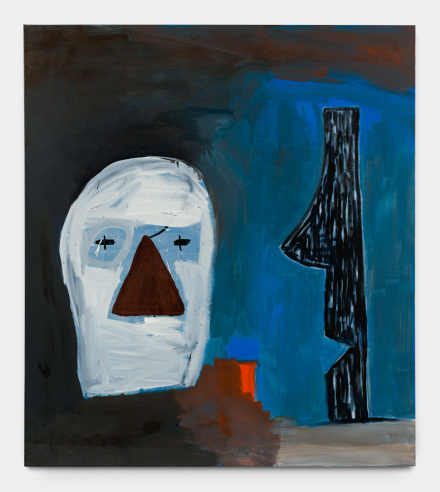 This entry was posted on Friday, October 27th, 2017 at 2:08 pm and is filed under Art News, Featured Post, Show. You can follow any responses to this entry through the RSS 2.0 feed. You can leave a response, or trackback from your own site.