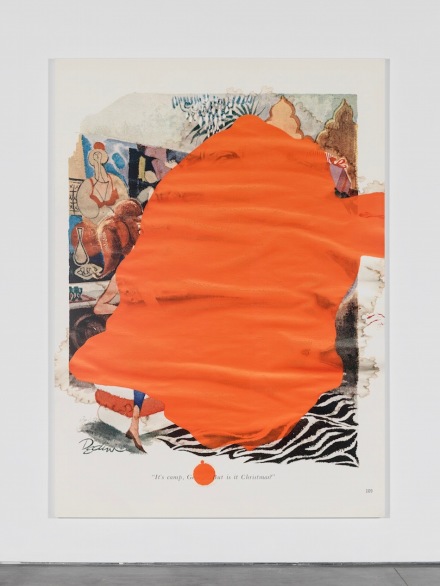 Richard Prince returns to Gladstone Gallery after a prolonged absence with his new body of work, Ripple Paintings, a series of large scale inkjet prints that riffs on the painted medium with both its title and process. An avid collector of vintage Playboy imagery, Prince uses Whitney Darrow Jr. watercolor drawings published by the magazine between 1967 and 1970 to create his swirling collages. Pages from different issues he acquired on eBay provides Prince new surfaces to paint onto, while the caricatures’ sexist and vulgar language gets blanketed by watercolor paint in bright hues and fluid forms. Placing pages he torn out of various issues flat onto floor, Prince loosely pours watercolor paint and lets the liquid meander on each page. After an overnight drying process, each work gives a unique and uninterrupted silhouette of paint with traces of the cartoon behind. 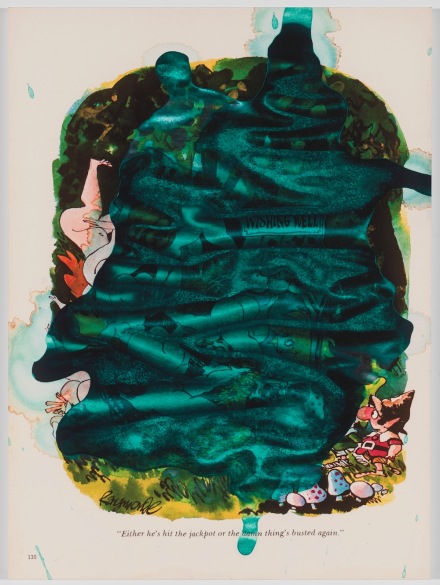 With no intervention to the paint’s course of movement, Prince diverges from an exact or systematic approach that his photographic practice suggests. Submitting to organic and natural reactions of watercolor paint on paper, the artist achieves ripples, splashes and loose abstractions, shrouding the tongue-in-cheek and misogynist atmosphere of the original work. Later, photographic documentation of each painting is blown up to larger-than-life dimensions, reaching its final form as inkjet print on canvas. 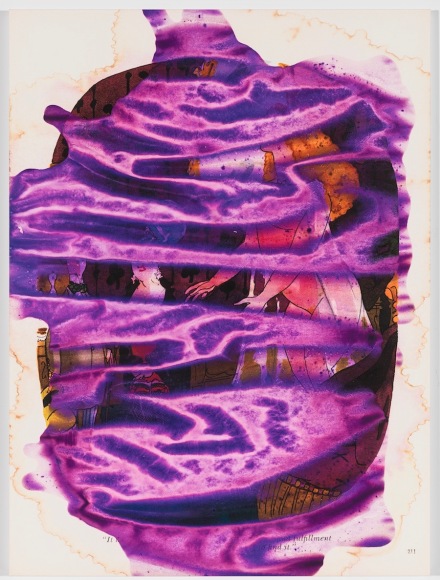 Considered amongst the pioneers of the Pictures Generation, and the appropriation movement, Prince has always maintained a distance from painting, and the strongest part of of his oeuvre has been his work with a camera. The exhibition stems from the merger of these two practices, allowing Prince to experiment with painting, while remaining true to his lens-based curiosities. “Travel, leak, pool, stains and puddles. And on the way to drying, the dry would ripple the paper. The pour would do its thing. A secret ‘cover,’” Prince says of the works, expressing his amusement towards the unpredictability of watercolor on paper. The colors’ blending into the original imagery manifests a distinct commentary on the representation of sexuality, and the impact mass media casts over gender roles, which have been issues Prince has continuously delved into over the course of his practice.

Richard Prince: Ripple Paintings is on view at Gladstone Gallery through December 22, 2017. 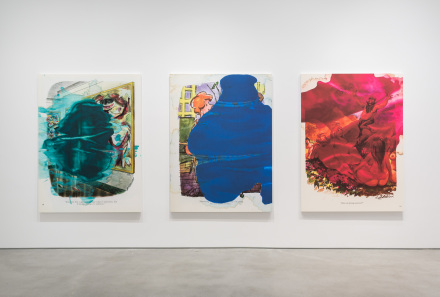 This entry was posted on Tuesday, December 19th, 2017 at 5:33 pm and is filed under Art News, Featured Post, Show. You can follow any responses to this entry through the RSS 2.0 feed. You can leave a response, or trackback from your own site.