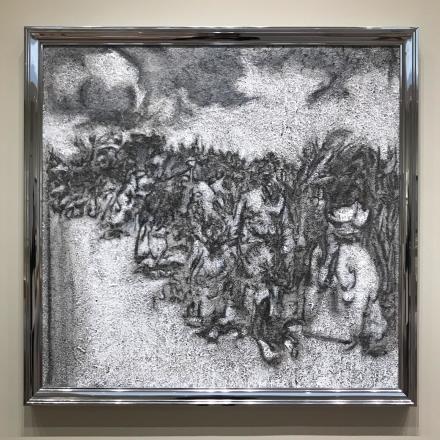 Currently at Gagosian Gallery’s 980 Madison Space, the mega-dealer has launched a show of works by the late artist Richard Artschwager. Titled Primary Sources, the show compiles a series of key paintings and drawings alongside materials from his personal archive, research documents, sketches and other elements that underscore Artschwager’s meticulous and impressive approach to working. 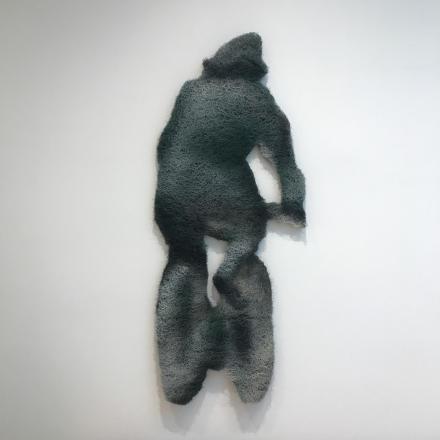 For five decades, Artschwager forged a maverick path by confounding the traditional limits of art, reconfiguring the visual comprehension of space through a range of subtle inversions of the art object, twists on the production of the work, and the inclusion of a range of both autobiographical and sourced materials that create complex interlinked narratives that often confound the viewer’s ability to make singular lines of reasoning around the work. Often dwelling on certain pop iconographies in conjunction with other histories and concepts of the art object, Artschwager’s art has been variously described as Pop, Minimal, and Conceptual, occasionally even in the same breath. 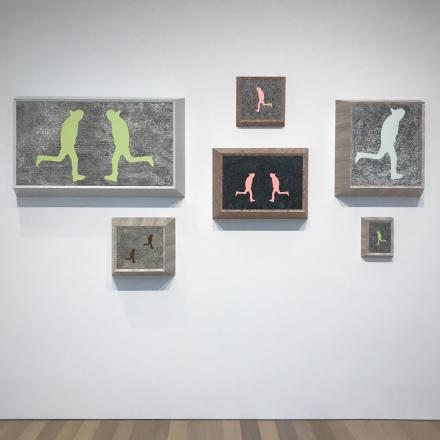 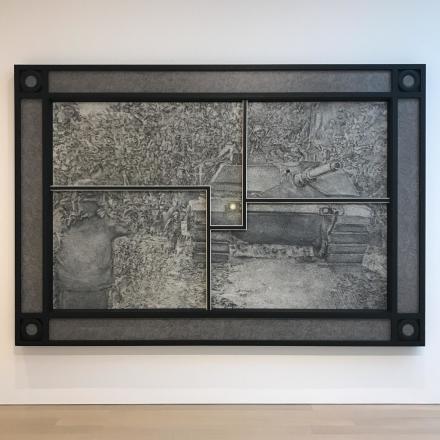 In this selection of works at Gagosian, the artist’s work draws in particular on a range of military iconographies. Arizona (2002), for instance, depicts the sinking of the USS Arizona in Pearl Harbor, 1941,. Artschwager painted it from an image reproduced in the July 27, 2002, issue of the New York Times, accompanying an article that compared the United States’s lack of military preparedness in the bombing of Pearl Harbor to the terrorist attack of 9/11—an event from which the country was still reeling at the time. Dark and elegiac, the literal aspects of the image with its doomed battleship are lost in texture and haze, recalling romantic seascapes by Turner as much as historical illustrations of war. A series of works draw on similar military iconographies Tank (1991), also based on an image from the New York Times, depicts an M-1 tank on a roadside but leaves ambiguous the role of a figure in the foreground, back to the viewer: ally or target. Newsprint reproduction blurs photographs, so Artschwager developed a grid system to enlarge the image, allowing him to reinvent obscured details. Ten feet in length, the scale of Tank adds to the ominous drama of the image. Approaching the possibilities of the reproduced image not as a way to improvise historical conclusions, but rather as a way to substitute material changes to the image, the artist’s work investigates interesting questions about what the actual act of representation, and reproduction, actually means

The show is on view through February 23rd.

This entry was posted on Friday, February 1st, 2019 at 3:25 pm and is filed under Art News, Featured Post, Show. You can follow any responses to this entry through the RSS 2.0 feed. You can leave a response, or trackback from your own site.