New York – Sanya Kantarovsky: “On Them” at Luhring Augustine Through June 15th, 2019 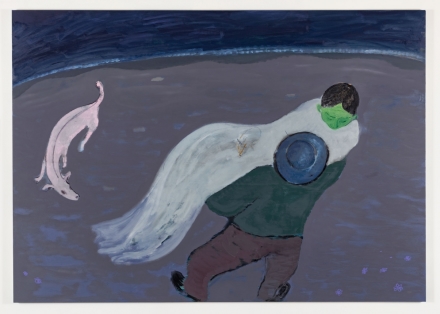 Luhring Augustine has mounted a show of new works by painter Sanya Kantarovsky this month, the first solo exhibition by the Russian artist with the gallery.  The show, titled On Them, presents vignettes from the lives of a strange group of real and imagined subjects. An anguished killer, a hospice patient, a headless infant accordionist, and a disenfranchised snowman, assembled into a painted tragicomedy, simultaneously unnerving and seducing the audience. 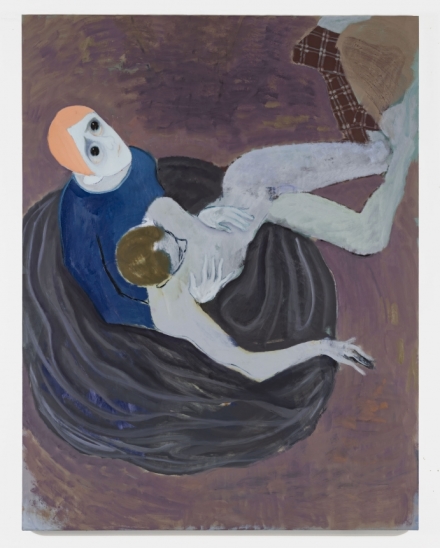 Kantarovsky’s work on view is a new step in his exploration of surreal, austere renderings of his figures.  These otherwise discrete paintings seem to suggest a set of chance encounters one might have with passersby throughout the course of a particularly disconcerting day. Phantasmagoric figures, adorned with unnerving features, float through the canvas, filling the viewer with sensations of mild horror mixed with a certain sense of black comedy.  In one work, Thief (2019), the artist presents a small figure walking across the canvas carrying a human leg.  In another work, Fracture (2019), a wide-eyed character holds a twisted, disjointed body, a disturbing scene that seems all the more disturbing for the moments of cartoonish depiction Kantarovsky embraces. 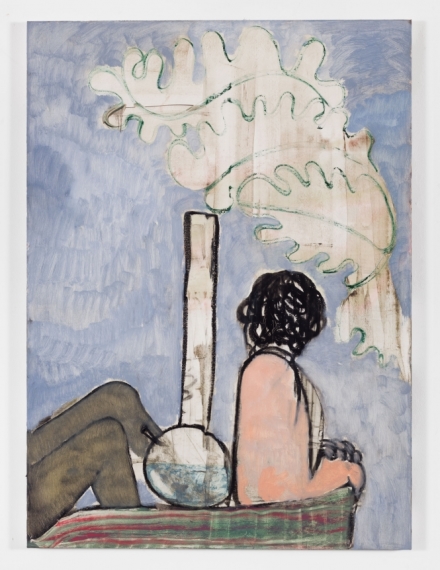 The artist’s works also dwell on his figures as mediations between separate worlds.  At times, the subjects directly return the viewer’s gaze, as if begging for connection; at other times, they plead with an omniscient celestial entity, or stare vacantly off the edges of the canvas.  These otherworldly scenes are accented by an awareness of his figures, as if they know the limits of their own image.   Through frantically conjuring a wide array of ways in which lived experiences have been transmuted through the stuff of paint, Kantarovsky simultaneously indulges and questions the project of humanist painting. 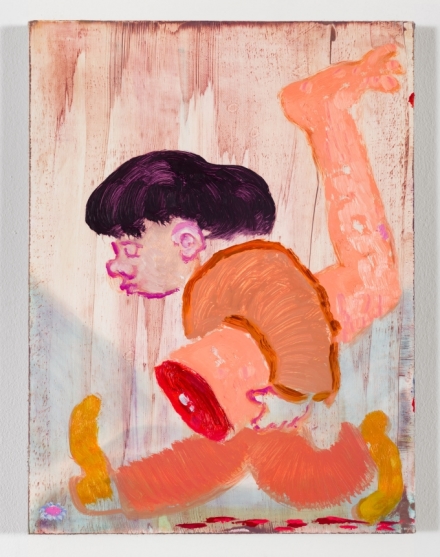 The artist’s works assemble a number of various historical threads throughout the show, from the otherworldly imagery of El Greco to the perverse Yokai woodcuts of Utagawa Kunioshi to the drawings of Bruno Schulz. Here, seeing takes on a burden of responsibility, which Kantarovsky distributes between his subjects and the audience, allowing historical and immediate material elements to converge on his scenes of human experience, and the limits of human understanding.

The artist’s work is on view through June 15th. 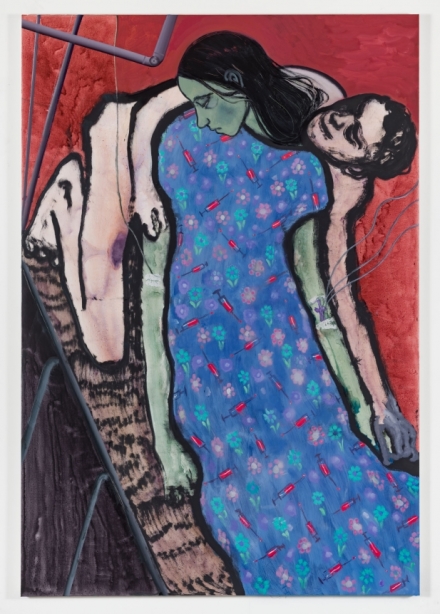 This entry was posted on Friday, May 24th, 2019 at 11:54 am and is filed under Art News, Featured Post, Show. You can follow any responses to this entry through the RSS 2.0 feed. You can leave a response, or trackback from your own site.