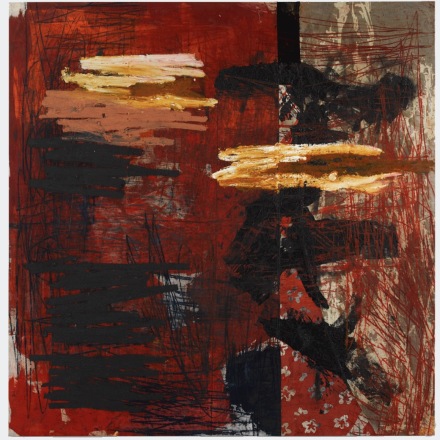 Currently on view at David Zwirner London, artist Oscar Murillo has brought forth a selection of new works exploring both his past visual language and a range of expressive new iterations of his technique, delving into the visual history of his paintings as a shared exchange with both history and modernity.  On view through the end of the month, Murillo brings out a new range of pieces and projects that underscore his continued engagement with the painted canvas. 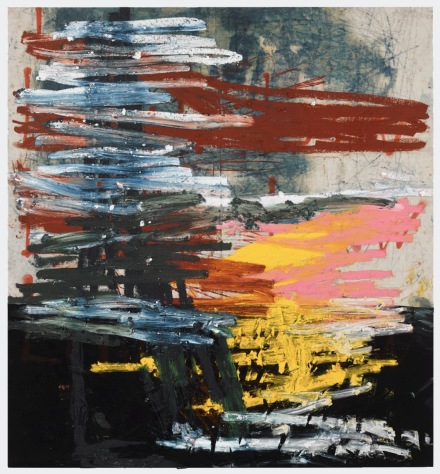 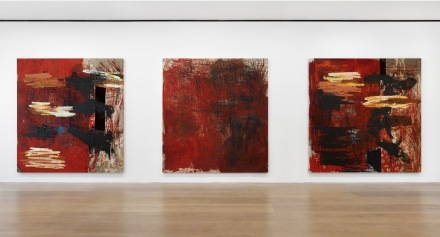 The works on view are posed through a selection of recent series, mixing together Murillo’s past approaches to the canvas, and new ventures into their construction. His manifestation paintings, in particular, represent a marked evolution in the artist’s engagement with process, building on techniques around the saturation of canvases with pigment, and the use of a stick or broom to transfer marks from one canvas to the next.  Creating explosively energetic, full-body marks, the works mixed together languages of color field painting and traditional abstraction with a vibrant energy.  In his manifestation works, Murillo takes this a step further, repurposing fragments of previous works, along with fields of the deeply saturated ‘ink-pad’ canvases that blend various forms and textures into a single landscaped surface.  As with many of Murillo’s works, different pieces are sewn together and painted onto to create a collaged effect, consciously juxtaposing the different energies of painted planes. 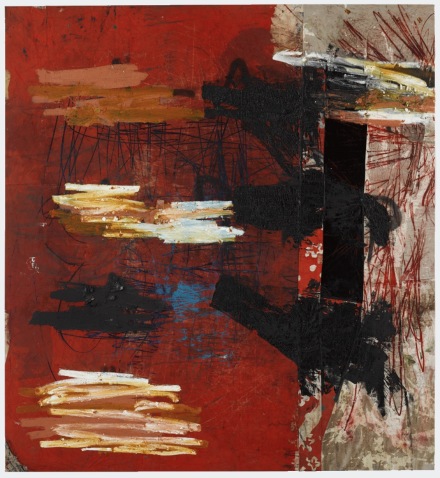 The result of this expanded process are works charged with a potent sense of space and color. In each canvas, repeated letters are painted and then eradicated, almost without visible trace, obscuring language almost in contrast with previous paintings that covered canvases with single, allusive words. The title of the series seems to emphasize this sense of meaning, creation and re-creation, toying with the notion of signification and the creation of meaning in the face of a recurring attempt towards obfuscation and elimination. 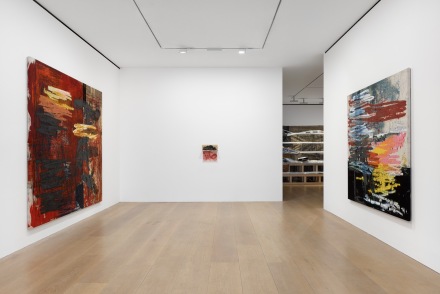 This sense of language seems to take Murillo’s ongoing interests in political states and agencies towards a new concept, using the deconstruction of text and the pulling apart of language to explore how understanding and interpretation might be broken apart and put back together.  Presence and gesture, as a result, is as much a political act as language itself, and Murillo’s canvases become a crucible where these various actions boil down into grand, albeit concise, statements of action.

This entry was posted on Wednesday, July 3rd, 2019 at 12:32 pm and is filed under Art News, Featured Post, Show. You can follow any responses to this entry through the RSS 2.0 feed. You can leave a response, or trackback from your own site.