New York – “Painters Reply: Experimental Painting in the 1970s and now” at Lisson Through August 9th, 2019 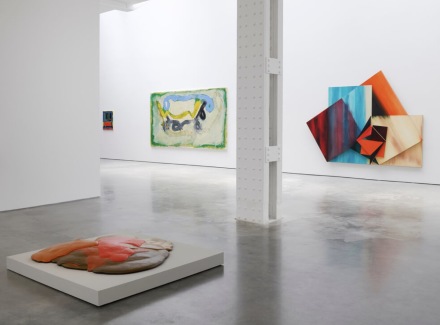 In September of 1975, Artforum published a special issue on painting. In addition to articles such as “Painting and the Struggle for the Whole Self” and “Painting and Anti-Painting: A Family Quarrel”—in which Max Kozloff said “brush wielders were afflicted by a creative halitosis”—were the responses to a questionnaire polling 21 painters on the state and prospects of the medium. Decried for a distinctly fatalist bias towards the medium, the issue seemed to present the painted canvas as an object moving towards artifact, an icon of the post-war era that was swiftly losing its potency. 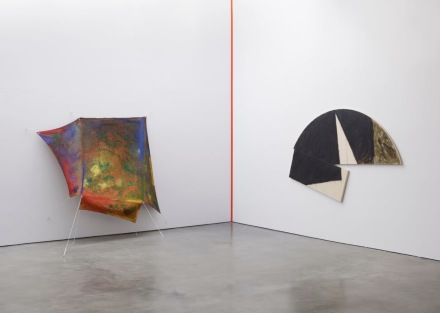 But like any statement that borders on historicization, the issue also seemed to spark a counter-statement, or perhaps just a contrarian viewpoint, towards the act of painting. Painters Reply, curated by Alex Glauber and Alex Logsdail, and presented at Lisson Gallery’s New York exhibition space this summer, aims to answer the Artforum questionnaire through an exploration of experimental painting practices starting in the 1970s and continuing to the present moment. The show, turning that same framework towards a sense of freedom rather than limitation, explores a range of artists from that issue, and from the decades that followed, who challenged and reworked the meaning of painting after the trumpeting of its demise. 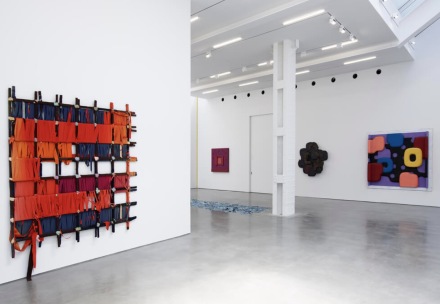 There’s a distinct sense of tension that runs through the show, the negotiation of oppositional states that arrives at the works on view. Ideas of consistency and rupture, energy and repose dart in and out of the works on view, often departing from the canvas itself to spread across the floor or pedestals in the space, always coming back to the idea of a mode of painting that is inherently material. Referencing the work of Sol LeWitt and the minimalists, the show challenges the idea of materials functioning as and end in and of themselves, driving them instead to new heights and new depths.

Painters Reply traces this vanguard spirit to the current moment. The selected artists advance painting by probing similar fault lines — aesthetic variables relating to materiality, execution and presentation. For instance, Jacqueline Humphries’ “Black Light Paintings” harness light to activate an otherwise static surface with similar objectives to Mary Corse who turned to glass microspheres in 1968 as a visual catalyst. Similarly, one can draw a line from Joe Overstreet’s “Flight Pattern” series of the early 1970s and the current practice of Eric N. Mack. Overstreet’s unstretched canvases dissect space through a web of ropes which suspend his abstractions like sails anchored to the floor, walls, and ceiling surrounding them. This practice resonates deeply with Mack, who creates assemblages that cloak space in fabrics and drapes that seem to reference fashion and textile design in exchange with the minimalist tradition. 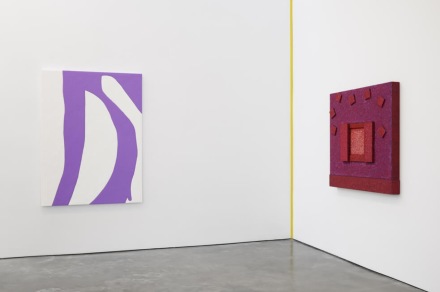 The question that ultimately seems posed by the show, then, is one of direction, of where the medium may move in the future, and perhaps more interestingly, how this same exhibition, staged 20 years into the future might look. There’s a distinct sense of an absent frame, the canvas pushing out beyond its periphery until it dissolves, ultimately leaving the artist’s hand to contend with space itself.

This entry was posted on Wednesday, August 7th, 2019 at 2:59 pm and is filed under Art News, Featured Post, Show. You can follow any responses to this entry through the RSS 2.0 feed. You can leave a response, or trackback from your own site.